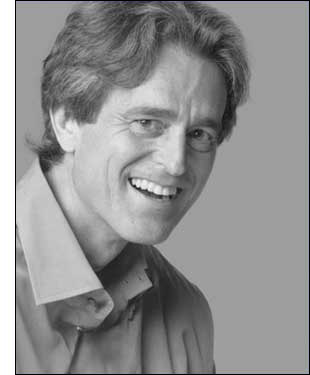 Shriver Sworn In, Santa Monica Councilman
SANTA MONICA — Another member of the Kennedy family will take office today when Bobby Shriver is sworn in as a Santa Monica councilman.

In his first bid for public office, Shriver, 50, finished first in a 16- candidate field in the open race for four seats on the seven-member panel.

Shriver is a brother of California first lady Maria Shriver, and a son of R. Sargent Shriver and Eunice Kennedy Shriver. He is a nephew of Sen. Edward M. Kennedy, D-Mass., and the late John F. Kennedy and Robert F. Kennedy.

The 17-year Santa Monica resident said his candidacy was initially sparked by the way city officials treated him and others who received citations last year for having at their homes hedges that city inspectors thought were higher than codes allow.

Shriver said he was able to get city officials to withdraw the charges. However, all the people originally receiving citations got civil compliance orders in April, giving them a month to cut their hedges or pay a fine of $25,000 a day.

Shriver then began "looking closely at other city issues," he wrote on his campaign Web site, www.bobbyshriver.com.

"I've realized that the hedge `crackdown' is merely a symptom of a pervasive problem: a city government that has lost sight of the reason it exists -- to serve the people," wrote Shriver. "That's why I decided to run for Santa Monica City Council. It's not about my hedges."

Shriver is entering office "with a sense of optimism and a get-it-done attitude," campaign consultant Evelyn Jerome said. "That's what he's going to bring to the problems he's identified."

Shriver is chairman of DATA, a foundation seeking to alleviate AIDS and poverty in Africa. He chairs the State Park and Recreation Commission and is director of the Crossroads at Antigua Foundation, a drug and alcohol treatment center.

He has also produced seven "Very Special Christmas" albums that have generated $60 million for Special Olympics organizations worldwide, according to his candidate's statement. Special Olympics, which organizes year-round athletic training and competition for disabled individuals, was founded by Shriver's mother.

Shriver's father was the founding director of the Peace Corps and the Office of Economic Opportunity. He was the Democratic Party's vice presidential nominee in 1972 and sought the party's presidential nomination in 1976.

Several of Shriver's famous relatives aided his campaign. His 83-year-old mother, Eunice -- a sister of John, Robert and Edward Kennedy -- and his sister, Maria, both walked precincts for him. Sen. Edward M. Kennedy attended a luncheon on Shriver's behalf.

This story has been posted in the following forums: : Headlines; Directors - Shriver; Politics