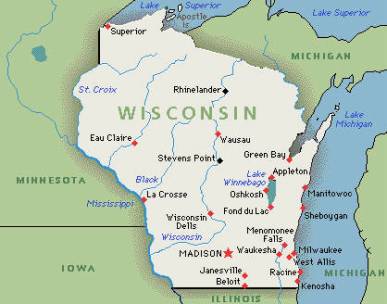 By Matt Conn
Marshfield News-Herald
Some local Peace Corps volunteers say they never lost the fervor, even years after being exposed to the travel bug.

"I think once you've had an opportunity to travel and enjoyed it, that it's in your blood," said Arlen Albrecht of Stetsonville, who served in the Peace Corps from 1977 to 1982.
"I don't think that there's a week that I don't think about something that I did in that adventure, and something that I learned then that I relate to what I'm doing today."

According to the Peace Corps, a marked increase of volunteers have served in the past two years, up 200 from last year to 7,733 in 71 countries, representing the highest number of Americans serving in the Peace Corps in 29 years.

Sara Fleisner, a 21-year-old, said she became interested in the Peace Corps after a television segment that portrayed volunteers teaching African children when she was attending Marshfield Middle School. Now a senior at Mount Mary College in Milwaukee, she is considering applying for an African assignment.

"I think it's definitely going to give me, I guess, more ability to relate to people of other backgrounds and cultures," she said. "I think I'm going to learn a lot of leadership skills."

Nearly 29 years ago, 49-year-old Albrecht volunteered in Colombia, Fiji and Chili. He worked with street kids in Bogata, helped rebuild after hurricane damage on an island of 4 square miles with no electricity, and from there moved to helped start a halfway house. Albrecht now works as Taylor County's University of Wisconsin-Extension community development agent.

Don Beyer of Marshfield said his Peace Corps experienced affected him more than those he helped, people who Beyer said exposed him to the world and allowed him to become an adult.

"I think it's the experience of growing up in a small town in Wisconsin, then finding yourself living in another culture where you are in the minority, and learning all kinds of things you never had any inkling of existing, and meeting all kinds of different people," said Beyer, 61, who served in Sierra Leone from 1966 to 1968.

Nearly four decades later, Sierra Leone stays on his mind, especially during the outbreak of domestic fighting during the last decade.

And Beyer said he developed a need to travel.

"It gave me itchy feet and a desire to see parts of the world I hadn't seen," he said. "That's certainly continued to this day."

Albrecht said he still volunteers with Wisconsin Nicaragua Partners, and the Peace Corps allowed him to portray a positive representation of Americans - something needed now more than ever, he said.