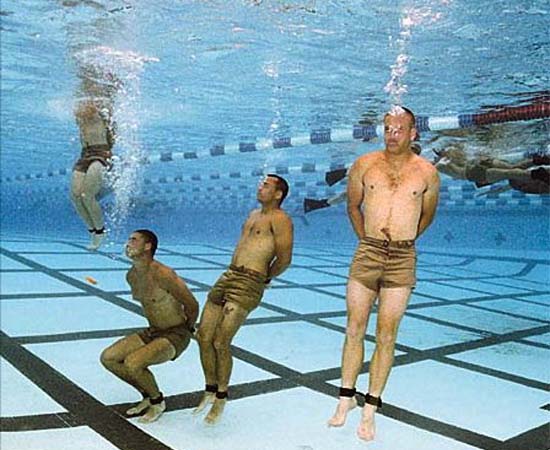 BOSTON, MA-Reagh "Doc" Wetmore, who has coached the Boston University men's and women's swimming programs since their inceptions 30 years ago, has announced he will retire from coaching at the conclusion of this season. However, he will stay on through December 2005 working with the Terrier swimming alumni before his full retirement from the University.

"I want to thank Coach Wetmore for his long and distinguished career at Boston University," said Terrier Director of Athletics Mike Lynch. "He developed both our swimming programs into one of the tops in our conference and in the East. And, the accomplishments of his student-athletes both in the pool and the classroom are well-documented.

"We are also happy that he will stay on to work with our swimming alumni as we transition into our new and exciting pool in the University's new recreation center," concluded Lynch.

Wetmore has built men's and women's swimming programs that have won 13 conference team titles, while Terriers have captured 172 individual conference titles. In all, Terriers have broken 52 records in four different conferences. Two swimmers have earned All-American honors on three occasions, while three competed on the Olympic teams of their respective home countries. Also, 10 swimmers and four relay teams have qualified for NCAA competition. Finally, five of his swimmers have been inducted into the University's Athletic Hall of Fame.

Wetmore came to Boston University in 1968 to pursue his doctoral degree in education after having received his bachelor's degree in science from Acadia University in his native Nova Scotia and his master's in physical education from Springfield College. He had also completed graduate work in chemistry at the Universities of Colorado and Florida.

In 1971, just as he was receiving his doctorate in education from B.U., he was named the Terriers' swimming coach even though the University was still four years away from fielding its first women's team. Wetmore did teach swimming in the University's physical education department.

Then, in 1975, women's swimming became the University's first intercollegiate varsity sport for women. A year later, the men's program was elevated to varsity status. During their first four years, the women won the Greater Boston Conference title, while the men, in their first four years, finished second. During the programs' first seven years, the teams had a combined record of 58-8.

In 1981, the women won the New England team title, while the men finished second by just nine points.

The following year, the teams competed in the league featuring the Ivy League and remained in that league until the formation of America East, which is the conference in which they currently compete.

Wetmore has received numerous honors as both a swimmer and a coach. He received the Certificate of Excellence Award from the American Swimming Coaches Association for outstanding contributions to swimming in the United States. Four times he was named the America East Coach of the Year. He was the top men's coach in 1991 and 2002, and both the men's and women's coach of the year in 1994. The year before, in 1993, he was selected Eastern College Athletic Conference Women's Coach of the Year in 1993.

An outstanding swimmer as an undergraduate at Acadia University, he was inducted into the school's Sports Hall of Fame for his outstanding achievements as a swimmer and a coach in 1995.

While at Andover, Wetmore helped develop drown-proofing, which is designed for people to survive in water for great lengths of time. He taught the technique as part of the Outward Bound program at Hurricane Island, which is located off the coast of Maine. The program drew such national attention that he was summoned by Sargent Shriver in 1961 to teach it to the Peace Corps volunteers in Puerto Rico.

Wetmore has conducted over 100 clinics at universities, schools, camps, and yacht clubs throughout the United States and Canada. In 1983, at the request of the Colombian government, he held several clinics in drown-proofing and competitive swimming for all coaches in that country. He also conducted a teacher training institute in drown-proofing for all aquatic personnel in Hawaii - a series of clinics that brought about a state-wide program in which 30,000 school children learned to swim in the ocean until they felt secure in the water.

Over the years, Wetmore has authored a book and 25 articles on drown-proofing techniques, and has supervised production of the film Drown Proofing: A Priority for Everyone - a film that won him a national award at the Columbus Film Festival. He has presented his adaptation of drown-proofing techniques on many national television and radio programs, including NBC's Today Show and ABC's Good Morning America, as well as Parade, McCall's, People, and National Geographic magazines along with other nationally syndicated newspapers. Parade's cover article on drown-proofing is on display in the International Swimming Hall of Fame at Ft. Lauderdale, Florida.

This story has been posted in the following forums: : Headlines; Sports; Swimming; Drown-proofing