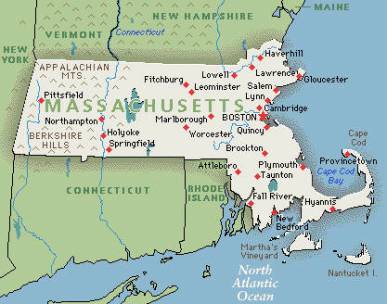 Peace Corps coming to recruit and salute in Massachusetts

Nancy Gilbert knows that the Peace Corps attracts special people, but the couple who turned up at Saturday's recruitment event at Borders Bookstore in Hyannis amazed even her.

"They actually came down from Maine," she said. "They hadn't been to Cape Cod, so they thought, 'Why not?' The man is a native Spanish speaker, originally from Honduras, with extensive experience in IT (information technology) and business. His wife is an educator. These people will be so easy to place."

Gilbert is based in Boston. She was an agriculture volunteer with the Peace Corps in the Dominican Republic between 1992 and 1995.

"I worked with rain catchment systems, solar panels, women's groups, youth groups; interpreting for visiting doctors; and working with farmers on moving away from chemicals and pesticides toward organic," she said.

The reputation of the corps founded by President John F. Kennedy has been restored, according to Gilbert.

"We've done a wonderful job of moving away from the image of the Peace Corps as being a kind of covert arm of the government to really being what JFK designed it to be in 1961," she said. "The three goals never changed: bringing needed services, having a cultural interchange, and bringing those experiences back home and sharing with families and friends who are sitting on couches clicking their remotes."

Gilbert's good humor and enthusiasm are evident when she's asked why she's recruiting for the Peace Corps. "The world," she said. "We're thinking about Jupiter and Mars, but we haven't gone there yet."

On May 29, President Kennedy's birth date, the Peace Corps will hold a beach clean-up and a food drive to benefit the Angel House family shelter. The meeting time is 3 p.m., and the place is the JFK Memorial on Ocean Street in Hyannis.

"We'll reconvene after we've done our good deeds and share a potluck dinner," said Gilbert. "Then, from 7 to 9 p.m., there'll be a general information meeting at the Centerville Library with a panel of returned Peace Corps volunteers."

The "whole thing is open to everybody," said Gilbert, who expects that "quite a few retired Peace Corps volunteers on the Cape may show up. There was a whole raft of people who served in the '60s."

For more information, call Gilbert at 617-565-5545 or send an e-mail to ngilbert@peacecorps.gov