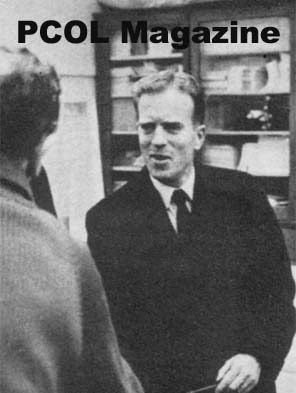 Vaughn, currently the chairman of ECOTRUST, in Portland, Oregon, is the former director of the Peace Corps and U.S. Ambassador to Panama and Columbia.

Vaughn obtained a Bachelor of Arts in 1943 and Master of Arts in 1947 in Latin American Studies from the University of Michigan. While enrolled at the university, he was their head boxing coach from 1942 to 1943, won three Golden Gloves championships, and taught Spanish, French and Latin American affairs.

President Lyndon Johnson named Vaughn the United States Ambassador to Panama in 1964 after the two nations broke off diplomatic relations. In 1965 Vaughn was called back to Washington to be named Assistant Secretary of State for Inter-American Affairs and the United States coordinator of the Alliance for progress. President Johnson named Vaughn director of the Peace Corps in 1966.

Vaughn was also the president of the planned parenthood federation of America-World Population, and was a Captain in the U.S. Marine Corps.