RPCV John Perkins says "The real question is why should the U.S. choose a World Bank president, If it is truly a world bank then why doesn't the U.S. suggest a committee of people from several countries to find the next leader, with representatives from every continent?" 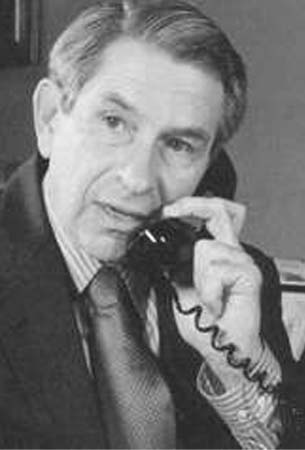 RPCV John Perkins says "The real question is why should the U.S. choose a World Bank president, If it is truly a world bank then why doesn't the U.S. suggest a committee of people from several countries to find the next leader, with representatives from every continent?"

Says he was an `economic hit man' for U.S. interests

Aid organizations worldwide reacted with shock this week at President George W. Bush's nomination of uber-hawk Paul Wolfowitz to head the World Bank, the largest financial institution dedicated to the welfare of the planet's poorest people.

But, says a man who viewed the seamier side of its operations close up, the World Bank is not the benevolent organization it was created to be. It has worked hand in glove with the United States in a global system that sinks the neediest more deeply into the trough of poverty, through unaffordable international loans, he says.

"The real question is why should the U.S. choose a World Bank president," says John Perkins. "If it is truly a world bank then why doesn't the U.S. suggest a committee of people from several countries to find the next leader, with representatives from every continent? The (main thing) is to restructure the decision-making process at the bank, not only in selecting a president, but making all the major policy decisions."

Wolfowitz, who has said he had development experience during his stint as U.S. ambassador to Indonesia in the 1980s, will be subjected to a rare series of interviews by the bank's executive directors, following widespread protest. But the U.S.'s major voting share on the 24-member board may guarantee his acceptance. However, Perkins says, the bank is only part of a bigger problem.

He is the author of the best-selling Confessions of an Economic Hit Man, an attack on an American-dominated international system which, he says, destroys vulnerable people and societies to benefit large U.S. interests: "The system is a corporatocracy and it's not designed to help those who need it most," he charges. "On the contrary, it does them harm."

Perkins, an American from an old New England family, began using the term "hit man" ironically. Recruited by the U.S. National Security Agency as a college student eager to dodge the draft, he fell prey, quite literally, to the seductions of the financial fast lane.

Encouraged by the agency to join the Peace Corps in 1968, he was surprised to find himself pursued to Ecuador by a Boston-based "consulting firm" called Chas T. Main, which quickly hired the sketchily educated 26-year-old as a company economist. Main, he understood, was connected with the agency. And before long an attractive, dark-haired operative named Claudine was dispatched to explain the company's real mission. Using "physical seduction and verbal manipulation" worthy of a Hollywood spy saga, she told him that once he agreed to accept it, there would be no exit.

"Claudine told me there were two primary objectives of my work," he wrote. "First I was to justify huge international loans that would funnel money back to Main and other U.S. companies such as Bechtel, Halliburton ... through massive engineering and construction projects.

"Second, I would work to bankrupt the countries that received those loans ... so they would be forever beholden to their creditors, and present easy targets when we needed favors, including military bases, UN votes, or access to oil or other natural resources."

Specifically, Claudine said, Perkins' job would be to sell country leaders on the idea that megaprojects such as new rail networks or power plants would boost their GNP, creating big profits for the American contractors and making a small group of elite in the developing countries richer, while keeping them subservient to the U.S. through unaffordable loans.

Although conceived under the veil of economic reform and liberalization, the plan had little to do with democratic values, he says.

"The fact that the debt burden placed on a country would deprive its poorest citizens of health, education and other social services for decades to come was not taken into consideration."

Worse was to come: Once signed on to the high-flying life of a company consultant, Perkins discovered the hit man label was applied in deadly earnest. When country leaders wouldn't bend to verbal pressure, "other means" could be employed, he said, including assassination by CIA-sanctioned killers. "When the hit men leave empty-handed, the jackals move in," Perkins said in a phone interview from his Florida home.

Although such operations are seldom identified as assassinations, he says, it's not difficult to connect events and effects. Two of the jackals' victims, he contends, were Panamanian president Omar Torrijos and Ecuadoran president Jaime Roldos.

The popular Torrijos, with whom the U.S. negotiated a crucial canal treaty in the 1970s, met with Perkins but identified his offers of megaprojects as a ploy to keep Panama subservient and went on to pursue a quest for social justice. So did Roldos, a charismatic university professor who struggled to protect Ecuador's oil industry. Both men died in fiery air crashes.

But there are times, Perkins says, when even the jackals misfire. Then Washington is prepared to send in the troops.

"The Iraq war is an example of a case where both hit men and jackals failed. That doesn't happen very often, but when it does, as a last resort, the military move in. In the 1980s we tried to replicate in Iraq what we did in Saudi Arabia, but it all went wrong. Saddam's security forces were too good and he had too many doubles. So the military took action in 1991."

When even that failed to subdue Saddam, Perkins says, it would be necessary to overthrow him. This time it was too late for jackals, "so young men and women were sent to kill and die among the desert sands."

This costly exercise, however, strayed far from the blueprint created for Saudi Arabia in the mid-1970s, he says. Then Perkins was called in after Washington was rocked by an Arab oil embargo that briefly boosted the price of petroleum by 800 per cent, threatening an international financial collapse.

His top-secret mission was to win over the Saudis, the world's largest oil producers, and make sure such a threat would never happen again. The desert country was then primitively serviced, with goats doing the work of garbage trucks on the streets of Riyadh. By brokering dramatic building projects, Perkins would help the ruling royal family gain wealth, prestige and close ties with the U.S.

"The primary objective here was not the usual — to burden this country with debts it could never repay — but rather to find ways that would assure a large portion of petrodollars found their way back to the U.S. In the process, Saudi Arabia would be drawn in, its economy would become increasingly intertwined with and dependent upon ours, and presumably it would grow more westernized and therefore more sympathetic with and integrated into our system."

The scheme was an outstanding success, oiled by Perkins' creativity in procuring attractive blondes for a Saudi prince. But it ultimately boomeranged, when Riyadh and Washington funnelled $3.5 billion (U.S.) to Islamic militants fighting the Soviet Union in the 1980s, entrenching the Al Qaeda network of Osama bin Laden.

The reports that have recently emerged about the close relationship of the Bush family, the House of Saud and the bin Laden family, Perkins says, "did not surprise me. I knew that those relationships went back at least ... 1974, and to George Bush senior's terms as U.N. ambassador (from 1971 to 1973) and head of the CIA (from 1976 to 1977)."

Ironically, it was the catastrophe of Sept. 11, masterminded by bin Laden, that convinced Perkins to write his book. Plagued by guilt and depression over the human misery caused by his deals, he had quit Main in 1980, then headed a "spectacularly successful" environmentally friendly energy company, retiring in 1990 at the age of 45.

For years, "bribes and threats" kept him from publishing his experiences, and he buried himself in research and teaching about indigenous peoples, and working with non-profit organizations. But after the World Trade Center attack, a trip to New York's Ground Zero convinced him the time had come:

"I saw Osama bin Laden accepting money and weapons worth millions of dollars, from a man employed by a consulting company under contract to the United States government," he said. "Then I saw myself sitting at a computer with a blank screen."

Now 60, Perkins says the threats are still present. But as new scandals surface, revealing more of the worldwide "corporatocracy" and its ruthlessness, he is convinced he made the right decision.

"The book was officially greeted with silence," he says. "First they ignore you, then they laugh at you. Then there are veiled threats. But it doesn't matter, because I've had tremendous support within the international organizations, from people who understand the problems and want change. They include (those in) World Bank."

There is also criticism. In a recent letter to the British Geographical magazine, World Bank communications director Gerry Rice said that claims that its loans and advice to third world countries have had a negative effect "could not be further divorced from reality." And he pointed out, the proportion of people living in poverty has fallen by half over the past two decades, due to efforts of the International Monetary Fund and World Bank, while life expectancies have risen.

Perkins remains unconvinced: "Today I have only to look at what's happening in Argentina, Ecuador, Venezuela and Brazil to see that the corporatocracy is bigger than ever," he says.

In Iraq, a special inspector uncovered evidence that $8.8 billion (U.S.) had been disbursed without proper accounting by U.S. administrators, and Halliburton and its subsidiary, Kellogg, Brown and Root, are facing investigations for overcharging for military contracts.

Nevertheless Perkins is optimistic that the U.S. and the institutions it controls will eventually reform their practices and economic hit men like him will be permanently retired.

But debt forgiveness for the poorest countries — agreed to by G-7 finance ministers last month — is happening too slowly for the millions who die in poverty each year, he adds.

"Talk is cheap and debt forgiveness has been talked about for years. The chief economists at World Bank and IMF seem to support it, but we need to take it seriously. Things will never change until we get out of the mode of empire builder."

This story has been posted in the following forums: : Headlines; COS - Ecuador; Writing - Ecuador; Development; Economics; World Bank