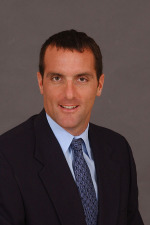 A Midlothian, Va. native, Barany guided both the men and women's programs at JMU in 2004-05 after serving as the men's head coach the three previous seasons. Barany led the women's program to four school records and had one of his swimmers earn an NCAA "B" qualifying time in his first year with the program.

"This is a fabulous opportunity for me to join the University of Richmond and the Spider athletic family," Barany said. "I look forward to contributing to the current momentum of the Spider swimming and diving program. These young women are highly motivated to continue to excel in the Atlantic 10 and beyond. I can't wait."

"We are extremely pleased and excited to have Matt join our staff," senior associate athletic director David Walsh said. "Matt is a great person and has exceptional knowledge of his sport. With Matt's leadership, we expect the women's swimming and diving program to consistently perform at an elite level in the Atlantic 10 and nationally, both in the classroom and in the pool."

Barany graduated from James Madison in 1995 with a B.A. in English. He earned a secondary education certificate in 1996 while serving as an assistant coach on the CAA Championship men's team. Barany later put his degree to work in the Peace Corps where he spent two years teaching English in rural Kenya.

A decorated student-athlete who served as team captain during his senior season, Barany swam freestyle on four straight conference champions (1992-95) and three ECAC title teams. He was a two-time recipient of the Steve Miller Award, an annual team honor that recognizes athletes who best exemplify enthusiasm, energy, dedication and love for swimming.

"James Madison has been great to me both as a student-athlete and coach," Barany said. "I am extremely grateful to the JMU swimmers who have helped me develop as a coach and mentor. They will forever hold a place in my life."

Barany returned to Harrisonburg on July 18, 2001. His first team set three school records and finished second at the CAA Championships. Another second-place finish in 2003 was highlighted by a conference record in the 200 medley relay and five league titles. In 2004, the squad went 9-4 in dual meets and finished third at the CAA meet.

A member of the College Swim Coaches of America, Barany is also affiliated with the American Swim Coaches Association and worked with former Spider coach Matt Kredich at the University of Richmond summer swim camp in 2002 and 2003.

This story has been posted in the following forums: : Headlines; COS - Kenya; Sports; Swimming