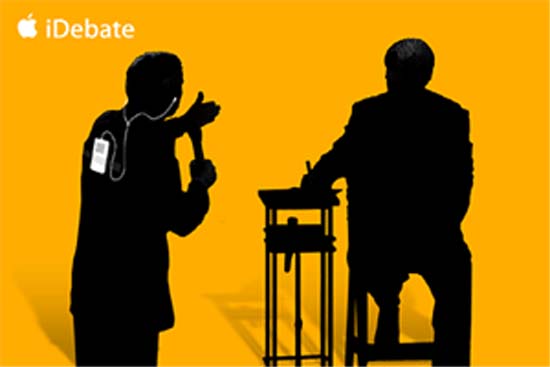 Was Bush Exercising His Mind?

Caption: Now we know what that buldge was - PCOL.

There's been much negative chatter in the media about President Bush not being notified about Wednesday's plane scare until after he had finished riding his bike in Beltsville at the Patuxent Wildlife Research Center and the alert had been lifted.

Detractors noted Bush thus was unaware that Laura Bush was being moved to a more secure spot in the White House complex and that Vice President Cheney had been evacuated. And they questioned why Bush had several hours of free time to spend in midday to travel to a nature preserve for his ride.

But as White House spokesman Scott McClellan noted, Bush had just come back from an extensive, well-received trip to Europe. Then there was that annoying grenade -- a dud -- found at his big rally in Tbilisi, Georgia. So there's no reason he shouldn't give himself time to rest and exercise.

Bush is known to strap on his iPod while riding. Most likely he had it on and was listening to country music, but the critics cannot know that he wasn't listening, say, to an audio book by Princeton's Bernard Lewis , the definitive scholar on all things Arabic and Ottoman. Bush might have been listening to Lewis's classic "The Arabs in History." Or perhaps Lewis's "What Went Wrong -- The Clash Between Islam and Modernity in the Middle East."

So maybe they should all lighten up? 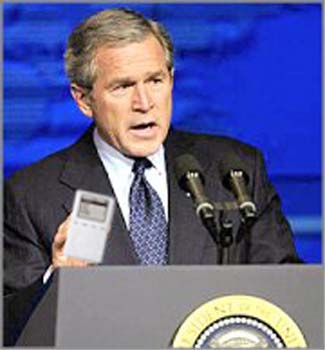 This story has been posted in the following forums: : Headlines; COS - Tunisia; Journalism; Humor; Presidents - Bush