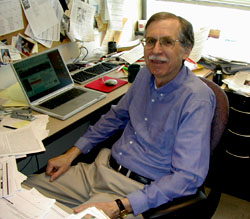 Haws: How a Democrat can be elected president

I think I have figured out what it will take for any of you Democrats out there to be elected president.

First, you must be a natural-born son of the South. About 160 electoral votes await you because the South votes as one, and those Southerners will vote for you, no questions asked, if you are one of them.

But it's not simply enough to be "from the South." You've also got to be able to "talk Southern" and "act Southern." George Bush can do it. This means you should be comfortable wearing cowboy boots, skilled with a toothpick and make it a practice to open the door for a lady. Southern imports can't pass muster.

My brother has lived in Mississippi for 35 years, but he's not a Southerner. He doesn't have a Southern accent, he doesn't like the taste of opossum and he laughs at jokes about marrying your sister.

That Southern bloc will pull in its northern cousins of Oklahoma, Kansas, Nebraska, the Dakotas, Wyoming, Idaho and Montana. It always does. It's almost as if those northerners are southern wannabes, that they wish they were down with Elvis in Memphis or had a place on the Tallahatchie.

These states will increase your electoral total to about 200. And then you can count on picking up several of the usual renegades like Indiana, Alaska, Arizona, Missouri and Utah, and, suddenly, you're on the cusp of 270 and about to become the next president of the United States, solely because you are from the South,

And, as reluctant as I am to write this, I think it's also clear that to appeal to this coalition, you must be a white male. I just don't think femaleness will go over with this bunch. Hillary Clinton is doomed. She's not only a woman, but she's also not a Southerner. She's from Illinois and New York, for crying out loud. And Barack Obama? He carries almost as much baggage as Hillary. He's black and not from the South.

To be the successful Democratic candidate of this coalition, you've also got to be a born-again, evangelical Christian. Simply having been an altar boy in the Catholic Church isn't good enough. And you must be willing to wear your religion on your sleeve. Better than a sleeve might be a vest or sport coat where you could advertise your beliefs. You could fill it with slogans and bumper stickers.

You've also got to be a hunter. An election-eve conversion to hunting doesn't cut it. You can't be walking around out on the hustings with a dead Canada goose in your presence. That looks contrived, that you're a John-come-lately to hunting. You need to prove that you've been hunting for a long time. Some stuff hanging on the wall in your ranch house would be nice. Something like the head of an elk or elephant would be "golden. " You could do television interviews standing underneath a rack of antlers or leaning on a trunk.

If nothing else, you can expect this coalition of voters to be polite. They won't make many demands on you. For them, the less government, the better. They simply want government to "get off their backs." The only promise they will exact from you is that you will cut their taxes. They hate taxes. This means that if you were an elected official in a previous life and had supported a tax increase, you'd better think twice about running for president because it will be found out. I don't care if you were simply a lowly township commissioner who voted to raise the price of a cemetery plot, you will be branded a "tax and spend liberal." Your only hope is to have such records "disappear."

This bring us to what to talk about out on the campaign trail. It's "morality," plain and simple, which are code words for abortion, gay rights and stem cells. You can't support any of that and expect the coalition to stay with you. Consider this a warning.

Make no mistake about it, the grip this coalition has on electoral politics in America is so tight right now that its opponents may have but one option - to leave and take entire states with them. Secession and annexation to Canada are probably the most likely scenario.

At first glance, that might seem too radical - what with the Eastern Seaboard down to Maryland suddenly a part of Quebec, and the states around the Great Lakes linked to Ontario and the West Coast attached to British Columbia.

It certainly would take some getting used to, especially the "O Canada." But the alternative is worse - being a permanent member of the underclass with no hope of ever prevailing with their positions.

Dick Haws taught journalism at Iowa State University for 21 years. He can be reached at dhaws@iastate.edu

This story has been posted in the following forums: : Headlines; COS - Liberia; Journalism; Election2004; Humor