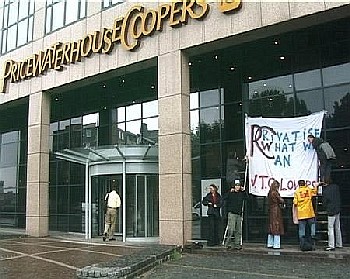 Accounting firm PricewaterhouseCoopers LLP has paid $41.9 million to resolve a California federal court suit accusing it of overbilling the government for travel expenses.

PwC agreed to the settlement without admitting any wrongdoing.

The suit, which was filed in the U.S. District Court for the Central District of California, alleged PwC did not inform the United States that it had received rebates on its travel expenses from credit card and travel companies, airlines, hotels, and rental car agencies.

Plaintiff Neal Roberts, a former partner at the accounting firm, claimed in his False Claims Act suit that even though PwC received the rebates, it knowingly billed the full amount of its travel expenses to the federal government.

Under the FCA, private citizens can file suit on behalf of the government in cases of federal government contract fraud and share in 15 percent to 30 percent of any consequent settlement or judgment. The FCA requires plaintiffs to show that a claim was made to the government and that the claim was false or fraudulent.

The United States, which chose to participate in Roberts' suit, alleged that by overbilling for the travel expenses, PwC violated the terms of its many federal contracts over a period running from 1990 to 2003.

The contracts were for auditing and consulting services, according to a statement by Debra W. Yang, U.S. attorney for the Central District of California.

The suit also alleged that management at PwC had been made aware of the overbilling through internal complaints by several partners but made no effort to refund the monies to the United States.

Roberts will receive a share of the settlement sum, although the exact amount has not yet been determined, Yang said.

This story has been posted in the following forums: : Headlines; Business; Crime; Fraud