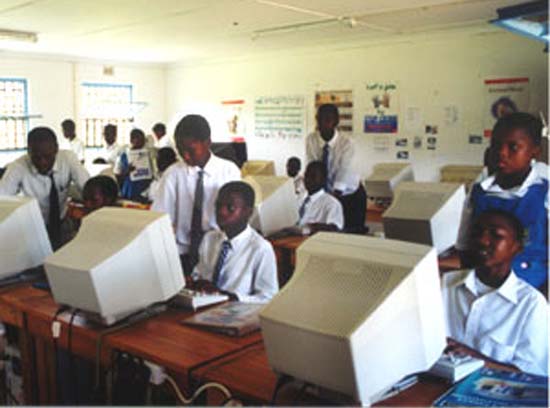 San Francisco -- The Bay Area's dot-com bust has been a boon for the Peace Corps, with a stampede of high-tech refugees ditching their start-ups to sign up.

As the organization celebrates its 40th anniversary, applications at the San Francisco office have jumped 55 percent this year, and Peace Corps recruiters find themselves making pitches in rooms packed with potential applicants.

The sudden surge comes after several lean years for the Peace Corps. With the Bay Area's economy humming along in top gear, the corps simply could not compete with the high-tech industry's fat salaries and spectacular stock options.

"It was awfully hard for people not to jump on that bandwagon," said Dennis McMahon, spokesman for the corps' San Francisco office.

Now that unemployment lines are teeming with former dot-comers and the Bay Area economy is sputtering, the "toughest job you'll ever love" is looking more attractive.

The San Francisco regional office, which serves Northern California, Hawaii and Nevada, saw 184 applications in March and April alone, McMahon said. That's up from 119 during the same period last year.

Nationwide, the Peace Corps has seen its largest number of volunteers -- 7, 300 stationed in 76 nations since October -- in 26 years.

McMahon said a good many of those coming through the door are former dot- comers fleeing sinking ships or simply looking for a change.

"They're starting to wonder if they really want to spend the rest of their lives staring at a computer screen," said Jessica Hsu, a former dot-comer bound for a two-year stint in Haiti. "The Peace Corps allows them to dedicate themselves to something that helps people and something they can feel passionate about."

Hsu, 25, left the online advertising firm i-traffic.com in January. She and other dot-com dropouts said the simplicity of life in the corps is an attractive alternative to the long hours and grueling workloads of the high- tech fast lane.

"When you work with a startup, you put in a lot of hours," said Nicole, a 30-year-old systems analyst who declined to give her last name because her boss doesn't know she's bailing out. "I worked really hard for a really long time. Not that Peace Corps isn't hard, but I want to do something different."

Nicole survived two rounds of layoffs at the Cupertino firm where she has spent the past nine months -- but doesn't want to be there when the bottom falls out at the cash-starved company. She briefly considered looking for another job but decided it was time to slow down.

"I know I have the skills to get another job that would pay me a six-figure salary like I was getting," she said. "But I want to focus on basics and not worry about what kind of car I drive and how much money I have in the bank. I'm disillusioned by all of that."

Computer whizzes will find themselves right at home in the Peace Corps, which is becoming more and more high-tech and business-oriented.

As the world grows increasingly dependent upon computer technology and the instantaneous dissemination of information, underdeveloped nations are scrambling to keep pace. The growing global marketplace places further strains on the emerging economies of Latin America, Eastern Europe and the former Soviet Union. The Peace Corps is only too happy to help.

Thirteen percent of the corps' service is now in the business sector, helping launch small businesses, farmer and artisan cooperatives and the like. And a growing segment of the organization is dedicated to information technology and computer literacy.

The corps sent its first team of information technology volunteers to Belize last June. And it joined forces with AOL Time Warner and Hewlett- Packard in October to provide volunteers with computers, modems, printers and digital cameras.

"The stereotypical image of the Peace Corps is going into rural, undeveloped countries," McMahon said. "But as the world has changed, Peace Corps assignments have changed."

Many dot-comers said the Peace Corps shares many similarities with the high- tech world. Both encourage individualism while emphasizing teamwork. Both favor people who can "think outside the box." And some say both appeal to an underlying altruism.

"Most people who work with computers are really pretty idealistic," said Therese Lung, a 39-year-old computer engineer who left the high-tech world about a year ago and is considering the Peace Corps. "A lot of people I've worked with really yearn for that sense of doing something meaningful."

Lung said she's simply grown weary of computers after 17 years in the business and wants to use her skills to help others improve their lives.

"A lot of people have felt that urge but haven't found it in their work," she said. "You just work on your one piece of code in your little cubicle and you lose your sense of the world."

This story has been posted in the following forums: : Headlines; Recruitment; Internet; Information Technology

Hi PCV in 1962-63 there was a group of 3 Female PCV's in Guatemala City, 5th Zone I was about 15 years of age then and learning english lenguage with one of them name Maria Allison Hammond from So. Pasadena, CA. she gave me her address, when I came in 1967 looked for her at the address she gave me, she was abroad in Uruguay at that time lost her address, but I always remember her as good nature and happy person, 40 some years past, I'm now 61 years of age,living in Alhambra, CA. next door to So. Pasadena and always thinking will see her again,