Ronald Obert admits to abuse while in Peace Corps 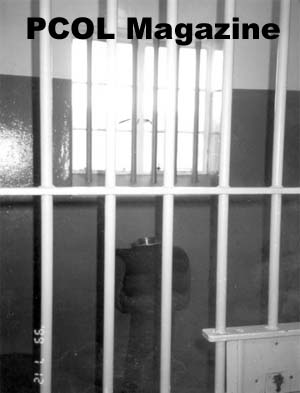 Ronald Obert admits to abuse while in Peace Corps

A 38-year-old Santa Cruz man has admitted to sexually abusing a 14-year-old boy while working as a Peace Corps volunteer in Costa Rica in the summer of 2003, federal prosecutors say.

He will be sentenced by U.S. Judge Ronald M. Whyte in San Jose on May 15, said Luke Macaulay, a spokesman for the U.S. Attorney's Office.

By pleading guilty, Obert admitted to "illicit sexual contact" with a Costa Rican boy on July 6, 2003, Macaulay said. The "sexual abuse" occurred in Obert's apartment while he was in the country as a Peace Corps volunteer working with "PANI," the country's child welfare agency, he said.

Meltzer said Obert met the teen at a bar, and not through his volunteer work, and that the sex was "entirely consensual." Obert was arrested June 23, 2004, at his Graham Hill Road home. A federal indictment alleges Obert performed oral sex on the boy, and provided him with money, drugs and alcohol.

The boy told investigators he had engaged in sexual activity with Obert on multiple occasions and Obert admitted to having sex with the minor, Macaulay said.

Obert volunteered for the Peace Corps from September 2001 to July 2003, Macaulay said, and he is the first Peace Corps volunteer prosecuted for sexually assaulting a minor while working in another country. The case was one of the first under a Patriot Act statute which expanded federal jurisdictions in countries being used by U.S. personnel or missions. The Peace Corps is an independent federal agency, he said.

Obert was charged with a violation of a "sexual tourism" statute as well as the Patriot Act violation, Meltzer said, and the former carries a greater penalty. It will be dropped as part of the plea agreement, he said, and is an "unusual statute" he said had only been used in about a half-dozen cases.

The Protect Act, or Prosecutorial Remedies and Other Tools to End the Exploitation of Children Today Act, enacted in April of 2003, prohibits U.S. residents from engaging in sexual activities with people under 18 anywhere in the world.

Meltzer said he challenged the constitutionality of the U.S. having jurisdiction in that country under the sexual tourism statute, which does not necessitate that people travel with the intent to commit sex crimes. He said the judge took the motion seriously, but withheld a decision pending another challenge in front of the 9th U.S. Circuit Court of Appeals. Last week, appellate jurors ruled it was constitutional, he said.

This story has been posted in the following forums: : Headlines; COS - Costa Rica; Crime; Molestation