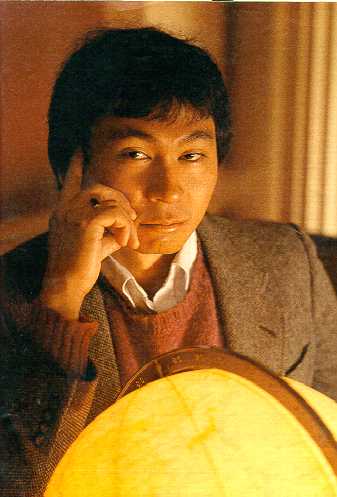 "The debate over the war shouldn't have been whether it was morally right to topple Hussein (which it clearly was), but whether it was prudent to do so given the possible costs and potential consequences of intervention and whether it was legitimate for the U.S. to invade in the unilateral way that it did."

Why shouldn't I change my mind?

A famed neoconservative switches sides on the Iraq war -- and all hell breaks loose.

Francis Fukuyama is a professor at the Johns Hopkins School of Advanced International Studies and the author of "America at the Crossroads: Democracy, Power and the Neoconservative Legacy."
April 9, 2006

SEVEN WEEKS AGO, I published my case against the Iraq war. I wrote that although I had originally advocated military intervention in Iraq, and had even signed a letter to that effect shortly after the 9/11 attacks, I had since changed my mind.

But apparently this kind of honest acknowledgment is verboten. In the weeks since my book came out, I've been challenged, attacked and vilified from both ends of the ideological spectrum. From the right, columnist Charles Krauthammer has accused me of being an opportunistic traitor to the neoconservative cause — and a coward to boot. From the left, I've been told that I have "blood on my hands" for having initially favored toppling Saddam Hussein and that my "apology" won't be accepted.

In our ever-more-polarized political debate, it appears that it is now wrong to ever change your mind, even if empirical evidence from the real world suggests you ought to. I find this a strange and disturbing conclusion.

For the record, I did change my mind, but in the year preceding the war — not after the invasion. In 2002, I told the London Times that "the use of military power to push [Iraqi democracy] forward is a big roll of the dice. We may not win on this one." On the first anniversary of 9/11, I argued in the Washington Post that we should invade Iraq only with approval from the U.N. Security Council, and in December of that year, I wrote a piece for the Wall Street Journal warning that the project of democratizing Iraq and the Mideast might come to look like empire and that it violated the conservative principle of prudence.

But when my political shift occurred is not important: Even if it had come a year or two later, it would still not have represented a cowardly retreat or an apologia, but a realistic, intellectually honest willingness to face the new facts of the situation.

In my view, no one should be required to apologize for having supported intervention in Iraq before the war. There were important competing moral goods on both sides of the argument, something that many on the left still refuse to recognize. The U.N. in 1999 declared that all nations have a positive "duty to protect, promote and implement" human rights, arguing in effect that the world's powerful countries are complicit in human rights abuses if they don't use their power to correct injustices. The debate over the war shouldn't have been whether it was morally right to topple Hussein (which it clearly was), but whether it was prudent to do so given the possible costs and potential consequences of intervention and whether it was legitimate for the U.S. to invade in the unilateral way that it did.

It was perfectly honorable to agonize over the wisdom of the war, and in many ways admirable that people on the left, such as Christopher Hitchens, George Packer, Michael Ignatieff and Jacob Weisberg, supported intervention. That position was much easier to defend in early 2003, however, before we found absolutely no stocks of chemical or biological weapons and no evidence of an ongoing nuclear weapons program. (I know that many on the left believe that the prewar estimates about Hussein's weapons of mass destruction were all a deliberate fraud by the Bush administration, but if so, it was one in which the U.N. weapons inspectors and French intelligence were also complicit.) It was also easier to support the war before we knew the full dimensions of the vicious insurgency that would emerge and the ease with which the insurgents could disrupt the building of a democratic state.

But in the years since then, it is the right that has failed to come to terms with these uncomfortable facts. The failure to find WMD and to make a quick transition to a stable democracy — as well as the prisoner abuse and the inevitable bad press that emerges from any prolonged occupation — have done enormous damage to America's credibility and standing in the world. These intangible costs have to be added to the balance sheet together with the huge direct human and monetary costs of the war.

Secretary of State Condoleezza Rice recently admitted that the United States made numerous tactical errors in Iraq, but she insisted that the basic strategic decision to go to war was still as valid as ever because we foreclosed once and for all the possibility that Iraq would break out of sanctions and restart its WMD programs.

But we now know a lot that throws that fundamental strategic rationale into question.

The Iraq Survey Group and the U.S. military have released hundreds of pages of documents on Iraq's prewar WMD programs showing that, at times, Hussein believed he possessed biological weapons that didn't exist and that, at other times, he led his most senior commanders to believe he had WMD capabilities that he knew were entirely fictitious. His government was so corrupt, incompetent and compartmentalized that it is far from certain that he would have succeeded in building a a nuclear program even if sanctions had been lifted. Nor is it clear that a breakdown of the sanctions regime was inevitable, given an energized United States and the very different political climate that existed after 9/11.

The logic of my prewar shift on invading Iraq has now been doubly confirmed. I believe that the neoconservative movement, with which I was associated, has become indelibly associated with a failed policy, and that unilateralism and coercive regime change cannot be the basis for an effective American foreign policy. I changed my mind as part of a necessary adjustment to reality.

What has infuriated many people is President Bush's unwillingness to admit that he made any mistakes whatsoever in the whole Iraq adventure. On the other hand, critics who assert that they knew with certainty before the war that it would be a disaster are, for the most part, speaking with a retrospective wisdom to which they are not entitled.

Many people have noted the ever-increasing polarization of American politics, reflected in news channels and talk shows that cater to narrowly ideological audiences, and in a House of Representatives that has redistricted itself into homogeneous constituencies in which few members have to appeal to voters with diverse opinions. This polarization has been vastly amplified by Iraq: Much of the left now considers the war not a tragic policy mistake but a deliberate criminal conspiracy, and the right attacks the patriotism of those who question the war.

This kind of polarization affects a range of other complex issues as well: You can't be a good Republican if you think there may be something to global warming, or a good Democrat if you support school choice or private Social Security accounts. Political debate has become a spectator sport in which people root for their team and cheer when it scores points, without asking whether they chose the right side. Instead of trying to defend sharply polarized positions taken more than three years ago, it would be far better if people could actually take aboard new information and think about how their earlier commitments, honestly undertaken, actually jibe with reality — even if this does on occasion require changing your mind.

This story has been posted in the following forums: : Headlines; Iraq; Speaking Out; Diplomacy