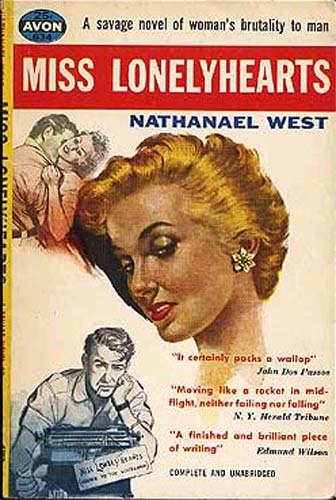 "The main problem is that, in all honesty to her and myself, I'm not sure that I can stay sane during a two-year, very long-distance relationship after only a year of marriage. I hate giving her an ultimatum, but I feel like embarking on a two-year Peace Corps stint is something that you do when you're single (or have been married for a while), but not after you've been married for just one year."

My wife wants to join the Peace Corps

She would be away for two years -- twice as long as we've been married!

My wife and I have been married for slightly less than a year, after dating for almost five. We are both in our mid-20s and are aware that we married younger than most people where we live. She is working abroad in the developing world as an unpaid intern during the course of this summer and loves it so far. But the other day on the phone, she told me out of the blue that she wants to join the Peace Corps, which involves a commitment abroad of two years. When she was younger, she applied and was accepted, though she did not go, so I imagine that she would be accepted again.

The main problem is that, in all honesty to her and myself, I'm not sure that I can stay sane during a two-year, very long-distance relationship after only a year of marriage. She has said that I should come with her, and a few years ago when I had a crappy job that I hated, I might have. But at this point, I don't want to leave a good job that I like and am good at. I hate giving her an ultimatum, but I feel like embarking on a two-year Peace Corps stint is something that you do when you're single (or have been married for a while), but not after you've been married for just one year. So my only solution thus far has been to suggest that, if she has to go, we undo the marriage (I hate saying "divorce"), and then, if we still want to, try again when she gets back, at which point hopefully we will both be more mature and ready for marriage. She is upset and hurt by this, but just the same, being abandoned for two years upsets and hurts me.

I've proposed that we see a marriage counselor when she gets back at the end of the summer to try to work this out. There is also the possibility of shorter (non-Peace Corps) stints abroad, or jobs at home that might lead to work in developing countries down the road. But so far she seems to be very fixed on the Peace Corps option and she has told me that she worries about regretting things later if she chooses a different program. I don't want her to leave, and I don't want our marriage to fall apart -- I love her very much. But she told me that she has been thinking about doing this for a long time (since before we were married) but has only told me now, and honestly, that makes me wonder what else she is not telling me, or if there are other profound desires that she is suppressing. I don't think I'll be able to hold down the fort and wait for her to return, considering that I'm not completely positive that she will.

Is this marriage doomed? Were we simply too young to get married? Am I being unreasonable by insisting that she choose between me and the Peace Corps, at least temporarily?

No, I don't think you are being unreasonable. It was reasonable to expect that if you got married to her then you would get to live with her and sleep with her. That is the general deal when people get married.

There is, of course, a sense in which you are united metaphysically as well. Otherwise, you could not go to the store without hooking up with someone else's wife. It would be chaos.

But basically you get married to be with someone physically.

(If you both agreed it was a dandy idea to get married but live apart, I wouldn't be against it on principle. I merely think yours is the stronger position: If you had known that your next 730 afternoons were going to be free, you would have made other plans.)

An occasional necessary separation for a few weeks or months is one thing. Family and work often require such absences. Most marriages can survive that. But such absences arise because of circumstances beyond one partner's control. This is different.

Seeing a marriage counselor may help, but the issue is already clear. You know what you want. You don't want your wife to go away for two years. If she decides to go away, then you want a divorce.

If a counselor can help you make those decisions, great. But I think you can make them without a counselor's help.

If I were you, I would fight for your marriage. Tell her you want her with you. You did not get married to improve the Third World. She made a solemn vow to you to have and to hold. Joining the Peace Corps is not the way to keep that vow.

Tell her if she wants to go she can go, but you won't wait for her.


When this story was posted in June 2006, this was on the front page of PCOL:

This story has been posted in the following forums: : Headlines; Marriage; Humor

I want to join a peace corps.However,I complete school 10yrs ago and i ve worked for 8yrs in Africa suppermarket i resigned and i was denied benefits.now am not working would my status make me ineligible?