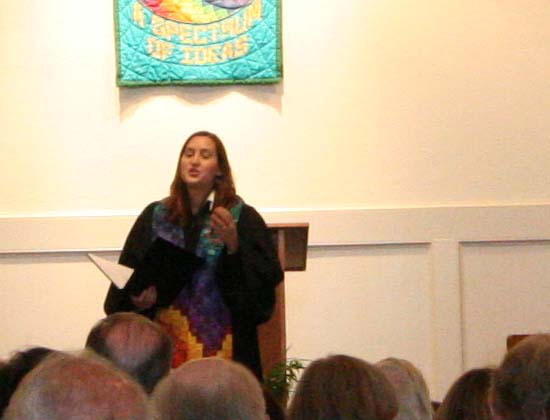 Note: All photography at the event was taken with the permission of the Wiggins family to document the Memorial Service honoring Warren Wiggins and celebrate his life. 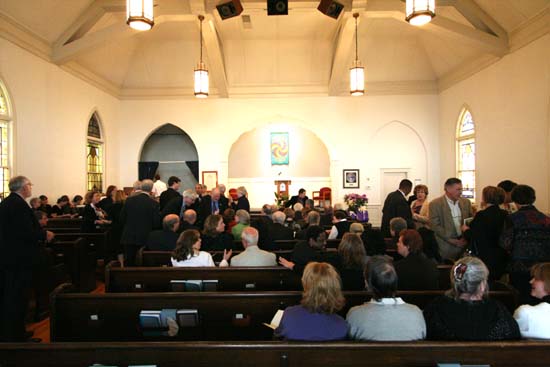 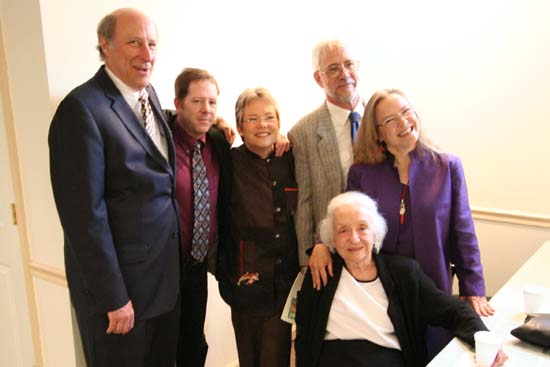 Mrs. Edna Wiggins (seated) and her children were the hosts for the event honoring her husband and their father and celebrating his life. 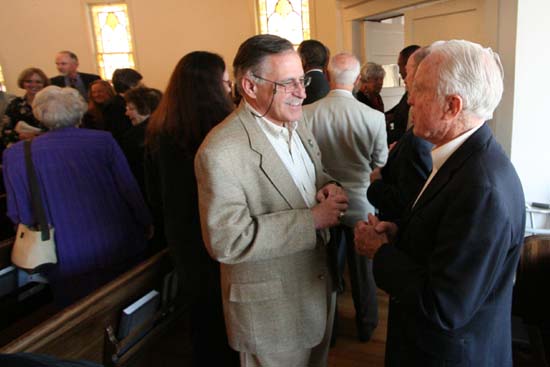 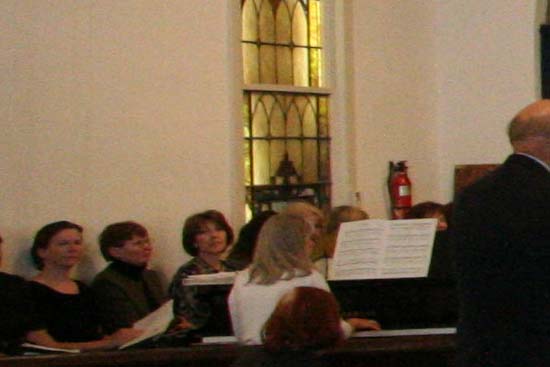 The Memorial Service began at 1 pm with Gathering Music played by Annease Hastings on the piano. 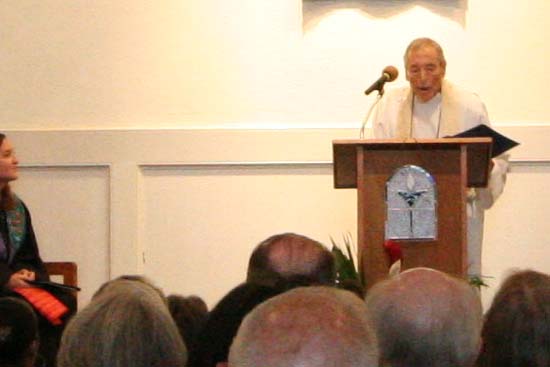 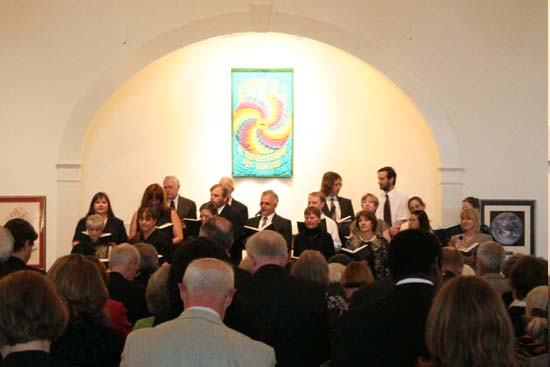 The choir and congregation sang "Gather the Spirit." 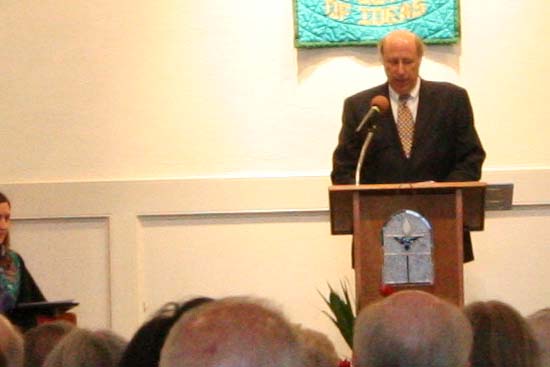 John Bender read a selection from the writings of Warren Wiggins from a boy of 6 who wanted to "lasso the moon" to a young man who served in the Army Air Forces during World War II flying transport planes "over the Hump" in the China-India-Burma theater where he received a Distinguished Flying Cross. 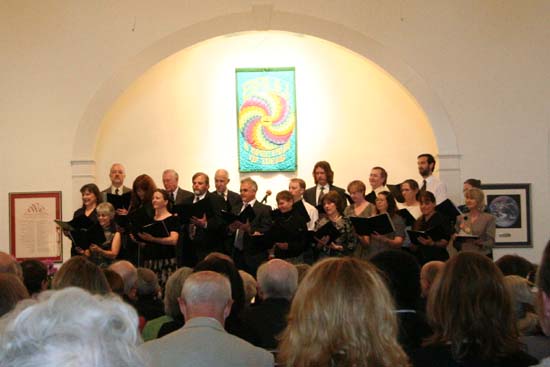 The choir sang the anthem "Fire of Commitment."

From the light of days remembered burns a beacon bright and clear
Guiding hands and hearts and spirits into faith set free from fear.
When the fire of commitment sets our mind and soul ablaze,
When our hunger and our passion meet to call us on our way,
When we live with deep assurance of the flame that burns within,
Then our promise finds fulfillment and our future can begin. 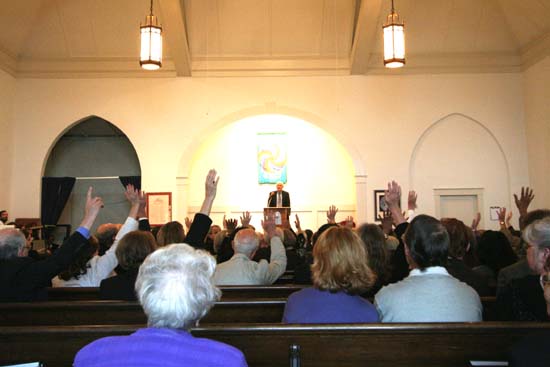 Philippines RPCV Dick Irish asked how many members of the memorial service had served either in the Peace Corps or with TransCentury and then gave his personal tribute to Warren Wiggins remembering how Wiggins gave him his first job at Peace Corps Headquarters after he returned after his service in the Philippines, how he went with Wiggins to the first TransCentury offices in Washington DC, Wiggins' management style, and the first government contracts. 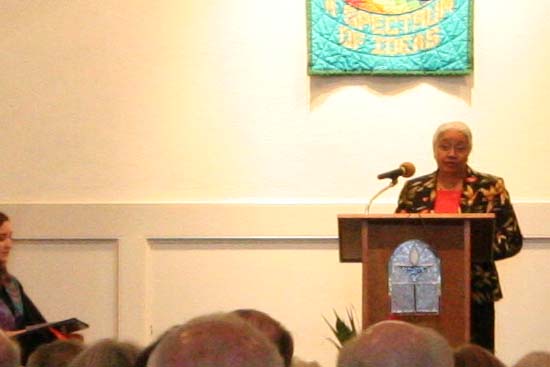 Faye Cowan rose and read excerpts from a letter from a group in Sierra Leone who came together through TransCentury and are still working for the goals of social justice twenty years later. 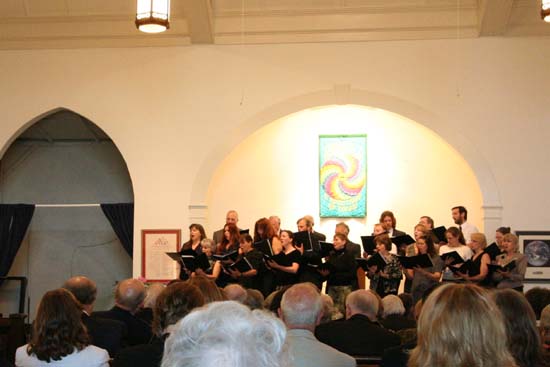 The BRVV Adult Chior sang "God in my Head." 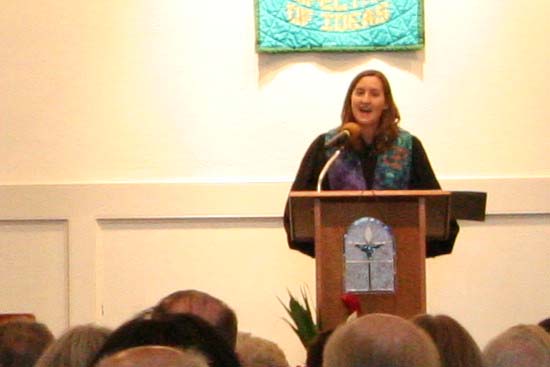 Reverend Nancy McDonald Ladd gave the eulogy to Warren Wiggins recalling his many contributions and the love his family and friends had for him. 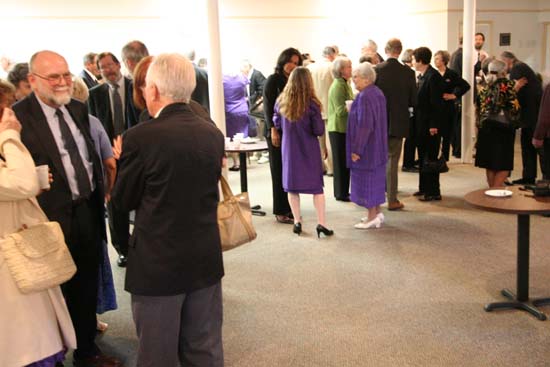 The Wiggins famiy invited all the guests to stay for light refreshments in the Fellowship Hall after the Memorial Service. 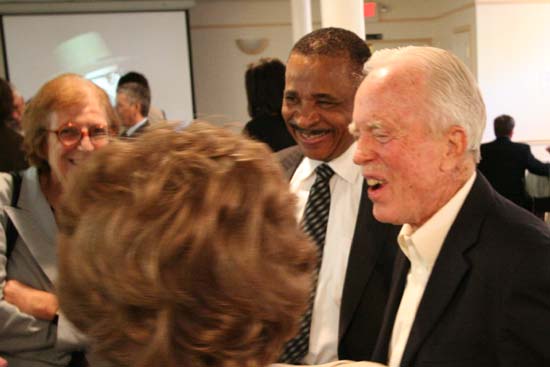 Warren Wiggins once said of former Peace Corps Director Jack Hood Vaughn (right with Africare President emeritus C. Payne Lucas): "I worked more with Vaughn than any other person in my life, four separate long-term assignments, back to back. Mostly I have co-workers; Vaughn was a friend. Vaughn and I traveled at length in Bolivia together, the two of us, when we were both in the ICA Mission to Bolivia. He's got a lot of Teddy Roosevelt in him. He was a former prizefighter. On the other hand, he's cautious, conservative and sometimes not terribly involved in some of the broader sweep of things. Vaughn stands up and is counted and is determined. He is a good administrator. he is an excellent person. He is my friend." 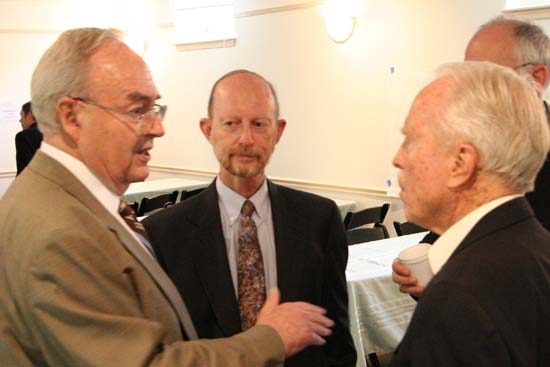 Warren Wiggins once said of Harris Wofford (left speaking with Africare Country Director Kevin Lowther (center) and Peace Corps Director Jack Vaughn (right): "He was very important to Shriver. The most important things Wofford brought was his influence as a sounding board, an initiator and a friend of Shriver. He was an enormous help to me personally." 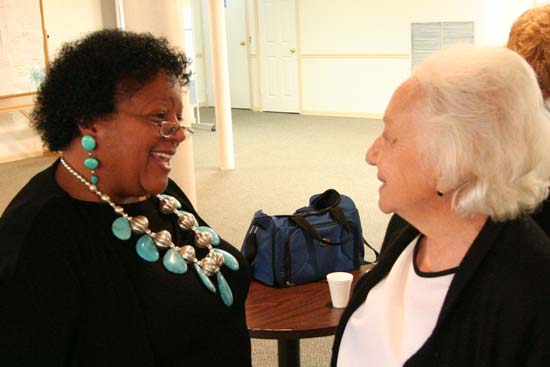 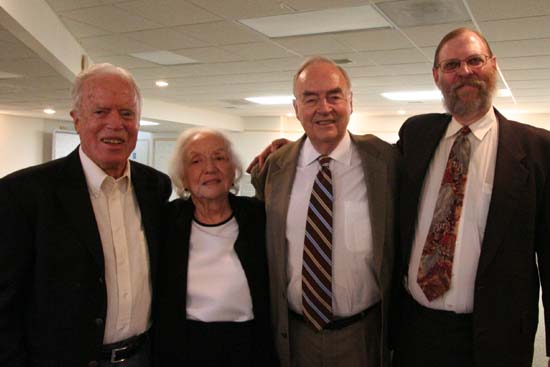