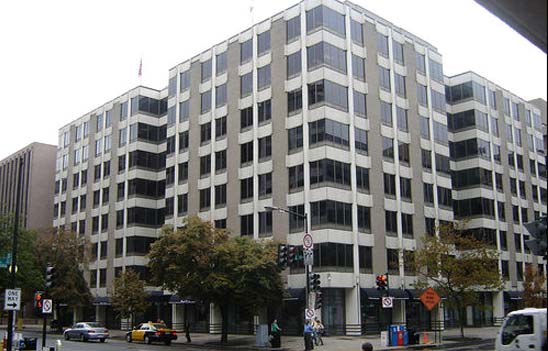 Says Director Tschetter, "The Peace Corps proudly recognizes the culture and traditions of our Hispanic American Volunteers. These Volunteers are fulfilling the goals of the Peace Corps through their outstanding contributions each and every day. Their heritage represents the vast diversity in America and enables them to share their unique heritage and culture with the people they serve overseas."

WASHINGTON, D.C., September 15, 2008 - Peace Corps Director Ronald A. Tschetter is pleased to announce the agency's celebration of Hispanic Heritage Month. From September 15 to October 15, the Peace Corps will celebrate the significant contributions of the Hispanic Americans who have served as Volunteers in the United States Peace Corps.

Says Director Tschetter, "The Peace Corps proudly recognizes the culture and traditions of our Hispanic American Volunteers. These Volunteers are fulfilling the goals of the Peace Corps through their outstanding contributions each and every day. Their heritage represents the vast diversity in America and enables them to share their unique heritage and culture with the people they serve overseas."

Hispanic American Peace Corps Volunteers who are currently serving hail from 33 states in the U.S. as well as Puerto Rico. Of these Volunteers, approximately 33 percent work in education, 21 percent in health and HIV/AIDS development, and 17 percent in business development. The remaining Volunteers work in environment and agriculture sustainability.

In honor of Hispanic Heritage Month, the Peace Corps is highlighting examples of the accomplishments of these currently-serving Hispanic American Volunteers:

* Olga Yesenia Castro, a Master's International student at at Michigan Technological University and a Peace Corps Volunteer in Benin, works with rural farmers developing a drip irrigation system to help them maintain their living and a healthy diet during the dry season. Castro, who immigrated to the United States at age seven with her mother said, "While it has not been an easy road, the people I have met along the way and the opportunities that have been afforded me have made it possible to be where I am today." As a Mexican-American civil engineer, she is, as she says, taking time from her career "to help others and serve a country that has given me so many wonderful opportunities that no one in my family could have imagined."


* Valarie Duran's Hispanic heritage has helped ease her transition to becoming an English language resource teacher for elementary level students in Macedonia. On learning to speak Macedonian and Albanian, Duran said, "I feel I had a leg up in communicating because hearing and speaking multiple languages is not new to me." Duran has also noticed cultural similarities in her own Hispanic and in Macedonian cultures and enjoys the importance and closeness of a large extended family to both cultures, which she says has allowed her to develop a strong relationship with her host family.


* Justin Almeida, has been working with Asociatia pentru Promovarea Femeii, a women’s rights organization fighting domestic violence and human trafficking, in Romania. Almeida recalled that his grandmother, a Mexican immigrant, was insistent that her family not be labeled as foreigners and, therefore, he was raised without speaking Spanish or practicing cultural traditions. He remarked that during his training in Romania, staff "was very quick to point out the Latin roots and heritage involved in Romanian life. Plus, many Romanians are immigrants in other countries around Europe, and it's easy to see the parallels between their experience and the Latin immigrants' experience in the United States." For Almeida this was an insight into his own heritage, as well as a true example of the diversity of the global community.


* Nayeli Dault has spent over two years as a Volunteer in Paraguay, where she worked in rural health and sanitation before deciding to serve a third year as a liaison between the Ministry of Children and Adolescents and Peace Corps/Paraguay. Dault is known as la Mexicana and not la Americana, which requires "deciphering and acknowledging the differences between myself and my Paraguayan friends." In the years since her swearing in as a Volunteer, Dault says she has discovered what makes her "culturally American, truly Mexican, and universally Latin."


Self-identified ethnic minorities comprise 17 percent of the more than 8,000 Peace Corps Volunteers currently serving abroad. Four percent of these Volunteers are of Hispanic heritage. There are ten Hispanic American Volunteers over 50 years of age serving in the Peace Corps, the oldest is 73 years old.

This story has been posted in the following forums: : Headlines; Hispanic Issues; Headquarters; Tschetter