Joanne Roll writes: A Memo to Aaron Williams, Director of the Peace Corps 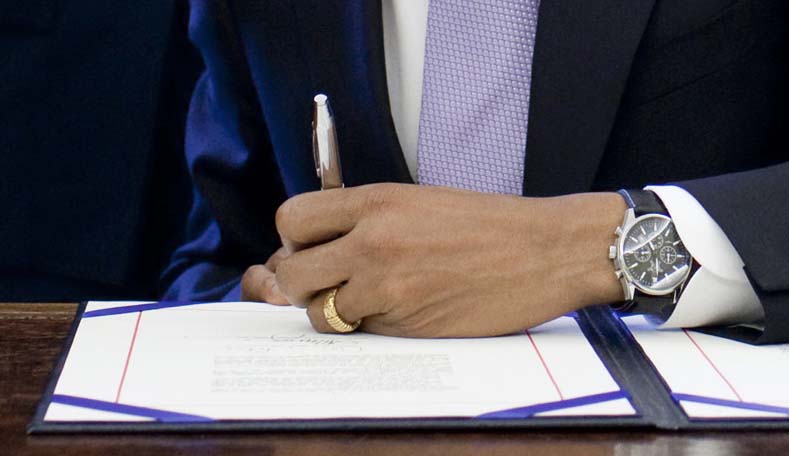 "Peace Corps service is not now a job prerequisite for employment with the United States Peace Corps. Personnel who have no personal experience in the Peace Corps may manage many Peace Corps support functions. This does not encourage respect for the actual value of service or the experience gained through such service. Also, institutional memory is weakened; programs are less effective, and tensions exist between those employees who served and those who did not. The practice is inequitable, ineffective and inefficient."

Joanne Roll writes: A Memo to Aaron Williams, Director of the Peace Corps

TO: Aaron Williams, Director of the Peace Corps

RE: Recommendations for Strengthening Peace Corps

Congratulations, Director Williams and very best wishes for a successful tenure. I would like to offer the following recommendations:

I. Protect the independence of the Peace Corps

Action:
Request the GAO and/or the Inspector General conduct a review of Peace Corps operations to insure that the Peace Corps has not, however inadvertently, compromised the spirit and the intent of President Kennedy original Executive Order establishing the independence of the Peace Corps, and prohibiting anyone associated with the Peace Corps from engaging in intelligence gathering or association with any agency or NGO charged with that task.

Request that President Obama issue an Executive Order reaffirming the independence of the Peace Corps, the prohibition against intelligence gathering, and incorporating any recommendation from a GAO and/or Inspector General report.


II. Make successful completion of service as a Peace Corps Volunteer a prerequisite for any civil service or political appointment within the United States Peace Corps.

Discussion:
Peace Corps service is not now a job prerequisite for employment with the United States Peace Corps. Personnel who have no personal experience in the Peace Corps may manage many Peace Corps support functions. This does not encourage respect for the actual value of service or the experience gained through such service. Also, institutional memory is weakened; programs are less effective, and tensions exist between those employees who served and those who did not. The practice is inequitable, ineffective and inefficient.

Action:
Hire only those applicants, whom you directly select, who have successfully completed service as a Peace Corps Volunteer. Request legislation to make this service a prerequisite for Peace Corps civil service and political appointments for applicants who are United States citizens.

Discussion:
Peace Corps Volunteers serve without compensation, other than living allowance, benefits, and a readjustment stipend. This is a barrier to participation for all Americans who cannot afford to sacrifice two years salary.

Historically, more often than not, this mean that Americans of color or who came from poverty and whose life experiences, ethnic, cultural, and language attributes might make them most able to relate to people in the developing world, were unable to serve.

Action:
Create a committee to review this problem and recommend legislative changes to remove barriers to Peace Corps service.


IV. Strengthen the First Goal of the Peace Corps mission: "help the people of interested countries meet their needs for trained manpower," by improving the evaluation project process.

Discussion:
Fieldwork in a cross-cultural environment, working directly with the people most effected, is the heart of Peace Corps. Lack of generational information on modern technology; cultural and language barriers; lack of adequate resource available to the host country; and at times, conflicting goals of many different agencies complicate the mission. It is essential to constantly reevaluate the impact in the field of Peace Corps projects.

Action:
-Direct that every Peace Corps project be reviewed at its termination by an independent panel. The panel should include professionals trained in the technical aspect of the project, as well as a host country national, a Returned Peace Corps Volunteer who served in the host country, but not in the project; and any others who can contribute to an objective evaluation.

-Direct that each training group, as it complete service; prepare a report on the training, the support, and the effectiveness of that service.

-Annually review all these reports by country and project.

-Circulate these all reports to all staff and to the Project RPCVs for comment.

-Schedule such reports to be permanently archived.


V: Strengthen the First Goal of the Peace Corps mission: "help the people of interested countries meet their needs for trained manpower," by making communication from the Peace Corps Volunteers in the field technical support staff more effective and efficient.

Discussion:
The "feedback loop" from the serving Volunteer and technical support should be as effective and as efficient as possible.

Action:
Expand the function of the Information Collection Exchange. Make all the publications available online. The ICE should also provide an opportunity for Volunteers to communicate directly online with technical staff, and to share their experiences with other volunteers.


VI. Reduce cost of nonsupport functions within the Peace Corps

Action:
Solicit help to conduct media campaigns for recruiting and the 50th Anniversary commemoration by exploiting the capacity for voluntarism within the private sector,


VII. Make the relationship between a Volunteer and the Peace Corps agency contractual.

Discussion:
Peace Corps Volunteers are not employees of the federal government, but rather serve at the pleasure of the President. In reality, the totality of the service, 24/7 for two and half years in a foreign country, may make the Volunteer a creature of the agency; subject to arbitrary decisions which may profoundly impact the service and the future life of the Volunteer. Ironically, the Volunteer may have no more control over his or her relationship with his or her government than those host country citizens with whom they serve and who may also be powerless. This volunteer status is not healthy.


VIII. Protect and preserve the public records of the United States Peace Corps.

Discussion:
The Peace Corps is the record of the work done by its Volunteers.

That public record should be preserved for researchers, for historians, and for the purpose of accountability. Perhaps the most comprehensive document of Peace Corps work is the Close of Service document written by each Volunteer at termination and countersigned by the Director of Peace Corps in the host country. These documents are considered part of the personnel record of the Volunteer, are subject to privacy regulations, and are not available to the public. The National Archivist in consultation with the Peace Corps Director currently decides which other Peace Corps documents will be archived within the National Archives and Record Administration and which documents will be scheduled for destruction. The guidelines for such decisions vary by time and administration. Records from host country may not be preserved if the Peace Corps mission has to be abruptly terminated. Peace Corps personnel in host countries may not be trained in the preservation of such records. As a consequence, the public record of the Peace Corps is fragmented, incomplete, and very difficult to access for the purposes of research or accountability.

Action:
-Appoint a committee to establish permanent guidelines for the preservation of public records. The committee should include RPCVs, professional historians and archivists, as well as legal experts. The guidelines should take into account the historical importance of such records, the privacy concerns of Volunteers, and the need to protect the integrity of commentary about host countries without jeopardizing the relationship between the Peace Corps and the host countries.

- Request that the National Archivist suspend the current scheduled destruction of public records until the guidelines have been established.

- Request that all Presidential Libraries be subject to these guidelines in regard to their Peace Corps archives.


IX. Support the creation of a national Peace Corps Library and Museum to enhance the Third Goal: "Helping promote a better understanding of other peoples on the part of Americans."

Discussion:
There is no one place where the public may go to understand the history, the organizational structure, and current activities of the Peace Corps. There are varied sources of information, some private and some public. These would include the recruiting materials of Peace Corps Washington and the agency's small library and Information Collection Exchange; the articles published in National Peace Corps Association's World View; websites such as "Peace Corps Writers," and "Peace Corps Online;" blogs and journals of serving Volunteers; archives of the National Archives Record Administration; and books written by Returned Peace Corps Volunteers. Some of this record is available online; most public documents are available only in hard copy. None of these materials and sources is centrally catalogued, widely available or organized in an easily accessible format.

In my search for Peace Corps's public records, I have found confusion, misinformation, and ignorance about Peace Corps. There were the professional archivists who thought that Peace Corps was a private charity of the Kennedy Foundation, or whom assumed that I had spent twenty years in Colombia "with the Peace Corps." There is confusion over how to locate or catalogue documents from the time when Peace Corps was not an independent agency, but rather the "Overseas Operations of ACTION." I have encountered Peace Corps staff, who did not know what a site report or a training group was. Volunteers who served in the sixties are not familiar with the Close of Service document. Volunteers who served later than the sixties do not know what "Selection" means. It is almost of if someone literally "had to be there" to know what Peace Corps did at a certain time and place.

Action:
Promote the creation of a national Peace Corps Library and Museum by advocating legislation to first explore the best way to create such a place and secondly, to implement the recommendations.

Joanne Roll served as a volunteer in Colombia in the 1960's and has written extensively about the Peace Corps in such articles as "The Future of the Peace Corps is in the hands of Returned Volunteers", "Why blurring the lines with the Military would put PCVs in Danger", "Interview with a Hit Man", and "Remember with Honor".

This story has been posted in the following forums: : Headlines; Directors; COS - Dominican Republic; Headquarters; Speaking Out