Remarks of Richard Nixon on the Swearing in of Joseph Blatchford on May 5, 1969 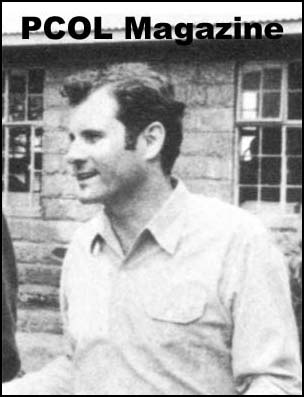 Remarks of Richard Nixon on the Swearing in of Joseph Blatchford on May 5, 1969

Remarks at the swearing in of Joseph H. Blatchford as Director of the Peace Corps by Presient Richard Nixon

The purpose of this occasion is to swear in, as Director of the Peace Corps, Joe Blatchford.

I think this appointment is a particularly good one for reasons that go beyond the fact that he, like myself, is a a native Californian. In checking the statistics in the Peace Corps, I found the greatest number of volunteers in the whole country have come from the State of California. It has caught the imagination of the Nation, but particularly of the western part of the United States and the State of California.

Joe Blatchford, throughout his private career, has had a tremendous interest in this kind of activity, particularly in Latin America.

He brings to this position an enthusiam and some new ideas which he will be glad to discuss with members of the press after he is sworn in.

I am very privleged to have him a a member of the administration in this vitally important function. He has the responsibility, despite his very young years, to come up with new ideas. He has the oppostunity to develop new programs and those programs will receive the very highest priority within the administration.

Judge Hart of the District Court, will conduct the ceremony.