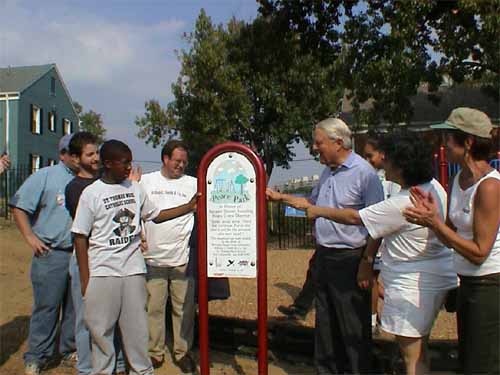 Sunday's Book World, as well as daily reviews, news and features, can be found on our Books page.

One goal of the Peace Corps, which observes its 40th anniversary this year, is to encourage its volunteers to bring the world back home. Young Americans return from far-flung lands with slide-shows and lectures. And they write. Oh, do they write.

By one count, more than 400 volunteers have taken up the pen, churning out enough works -- thousands of memoirs, novels and books of poetry -- to warrant a whole new genre: Peace Corps Lit. "The experience is earth-shaking and creates a literary territory for the writers," says John Coyne, a former volunteer who is now communications director for the College of New Rochelle and editor of Living on the Edge: Fiction by Peace Corps Writers.

Novelist and traveloguist Paul Theroux, for instance, has drawn on his Peace Corps experiences in Africa. In My Secret History, he writes, "That was the Peace Corps attitude -- make room, double up, hustle, look good, compromise, and keep smiling: very old fashioned. Be full of pep! The Peace Corps showed up without notice and you were supposed to jump; and then you wouldn't see them for months. They were in Washington, being congratulated on their good work."

Other award-winning writers cut their literary teeth while in the corps, Coyne says. Mark Brazaitis, author of The River of Lost Voices: Stories from Guatemala and winner of the 1998 Iowa Short Fiction Award, was a volunteer from 1991 to 1993. Marnie Mueller received the 1995 American Book Award for her novel Green Fires. The novel takes place in Ecuador, where she was a volunteer from 1963 to 1965. Norman Rush, former co-director of the Peace Corps and author of Whites and Mating -- winner of the 1991 National Book Award -- set both books in Africa. Bob Shacochis, who received the 1985 National Book Award for his story collection Easy in the Islands, was a volunteer in the eastern Caribbean. Melanie Sumner, a volunteer in West Africa, won the 1995 Whiting Award for her first novel, Polite Society, which was set in Senegal. And Richard Wiley, who won the 1987 Pen/Faulkner Award for Soldiers in Hiding, served in Korea in the late 1960s.

The Peace Corps will be celebrating its birthday from Sept. 20 to Sept. 23 in Washington. As part of the festivities, Brazaitis, Mueller and a few other Peace Corps scribes will read from their works -- 10 minutes each -- on Sept. 21 (from 11 a.m. to 5 p.m.) and Sept. 22 (from 9 a.m. to 3 p.m.) in the Park View Room of the Hotel Washington. You can read more about it at www.peacecorpswriters.org.

This story has been posted in the following forums: : Headlines; Writers