Return of the aged hippies 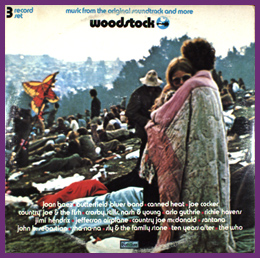 Read the proposal for Senior Volunteers that Niger Country Director Jim Bullington recently proposed in American Diplomacy (half way down the page) at: at:

Return of the aged hippies *


Return of the aged hippies

Here’s an idea I recently submitted to Lloyd Pierson, the Bush Administration representative at Peace Corps Headquarters, whom I met in Washington during the vacation trip:

The generation of Volunteers who joined Peace Corps in the 1960s is now at or nearing retirement age. Most of them are probably in good health, and many have surely retained the willingness to serve and the taste for adventure that led them to Peace Corps as young people. And now they have a lifetime of experience and great technical skills that they would enjoy sharing with others.

A new category of Senior Volunteer could be created to reenlist members of the first generation of Peace Corps Volunteers, those who served in the 1960s. The terms of service would need to be different, perhaps along the following lines:

One-year tour of duty following training. Posting only in places where reasonable medical care is available (i.e., in larger towns, not in remote villages). Provision for accompanying non-Volunteer spouses. Upgraded housing, comparable to the more senior people who would be the Senior Volunteers’ local counterparts. Otherwise, allowances and benefits could be the same as for other Volunteers.

In terms of jobs, there should be considerable flexibility in order to match Senior Volunteer skills to country and post needs. They should not necessarily be integrated into existing Peace Corps "projects." Here are some illustrative examples for Niger:

A teacher/administrator to work with the Ministry of Education on improving English teaching. A veterinarian to work with the national zoo on upgrading its collection and increasing outreach programs for environmental education. A senior businessperson to assist the Government in its current efforts to privatize state-owned enterprises. A public health worker to serve as coordinator of Peace Corps HIV/AIDS projects. A tourism professional to advise the Ministry of Tourism on promoting Niger as a tourist destination. Medical professionals to work at the national or regional hospitals.

A new Volunteer program of this nature could make an important contribution to development in host countries and would make Peace Corps an even more valued development partner. Moreover, it could capture the imagination of the American public and raise Peace Corps’ profile. Politically, it would be an exciting example of compassionate conservatism applied to international relations.

Such a program would of course cost money, not much by national budget standards, but a substantial amount in terms of Peace Corps’ budget. It should be possible to sell it to Congress as an added appropriation, so that funding would not have to be carved out of existing programs. One of the former Volunteers in Congress could be offered the chance to introduce appropriate legislation. A possible budgetary trade-off would be to take the funds from the AID budget. Peace Corps has always gotten a bigger development bang for the foreign assistance buck than has AID, and this would be even more true for a Senior Volunteer program.

A first step toward such a program, which could be implemented right away (and perhaps announced at the forthcoming 40th anniversary celebration) would be to survey all 1960s Volunteers to determine potential interest and solicit ideas and suggestions. The survey itself should generate a good deal of excitement, and could be a way for the new Director to begin building a positive relationship with the community of returned Peace Corps Volunteers.

A second step might be a pilot program in three or four countries (such as Niger) where Peace Corps has had a continuous presence since the 1960s. Then, applying lessons learned during the first year of operations, the program could be expanded to all Peace Corps countries worldwide.

Lloyd said he liked the idea and would pass it on to the Director-Designate, Gaddi Vasquez (former Supervisor of Orange County, CA). However, he noted that any action would have to await Gaddi’s confirmation. (I note from a recent editorial in the New York Times that there is some opposition to this appointment, so it may not move forward as quickly as had been hoped.)

My husband & I think this is a wonderful idea! I am an RPCV from service in The Philippines from 1973-1975. We have travelled to The Philippines & Mexico together & are interesting in joining Peace Corps in early retirement. A one year commitment with an option to extend another year sounds great. We also like the plan to be posted near health care, as we don't feel as invincible as we once were. Please keep us posted on the progress of this plan.

I think this would be a very good idea...however, it would be imperative that the Senior PC contingent were composed of people with technical skills...perhaps the best place to start would be with a health program...only RPCVs with clinical skills and licensed would be eligible. That would leave some of us, BA generalists, waiting on shore...but that is only fair. Sounds great! Joanne Powhida Colombia XI 63-65 PS Those of us who could not go, might form an independent foundation to give financial support to projects of those who would volunteer.

As a PC in Jamaica 70-72, I feel like a "sixty's type", and I have often thought about going back to the Peace Corps. I support the Senior Peace Corps idea, but I don't know why the seniors should be treated differently from the younger ones. In my group in 1970 there were numerous single retirees and older couples; they seemed to take to the work with enthusiasm and high energy! One factor, though, is that Jamaica had excellent health care resources for all, clean water and few communicable diseases (eg, no malaria). That is an important consideration. It would be good to survey those RPCV's who are now in their 80's to see what they think about their experience.

As returned volunteers from successful Brazil programs, both my wife and I would be interested in new opportunities such as this. Health may be a very important area, but business organization skills are also required in many areas. Engen 1969.

Exellent idea. This has been going through my mind for quite awhile, to rejoin Peace Corps. There are some problems to be worked out for the older PCV, as how to store the belongings and household items accumulated over a lifetime. Most people in their later years would not relish the thought of starting from scratch after their service terminates. But I'm sure that all these details could be worked out. In our previous tour, Swaziland '71 to '75, Peace Corps financially assisted with storage for family PCV's, possibly this could be done again.

I have always considered rejoining the Peace Corps after my career is over and my kids have flown the nest. I hope Peace Corps will be available and that my health will allow me to do it again! (If I'm not too busy at home that is!)

I think that everyone listed in or affiliated with this site is a burnout reeferhead and need to realize that without war you wouldn't be able to load those bowls and B*tch about our country. I know that there are some good people here but good people can be ignorant also.

A tremendously forward-thinking idea, not unlike the original concept of the Peace Corps. As a RPCV I would enjoy the challenge and opportunity to serve in this capacity. Let's make this idea a reality!

Almost a year later, this idea doesn't seem to have gone anywhere. I'll be interested in helping to revive it. Perhaps we can start with forming a group of interested RPCVs and go from there.

Well, I was an elder PCV (61 and half to 63 and Half). This senior wedge for us seems a good use of experience - provided the ADPC's and all stay off our backs. In effect we have to get around them. Take this: I am deaf, became deaf at 30 or so, and I damn sure sense what Ghana does not need in a deaf PCV to watch and sign again and how to generate more efficiency and effectiveness. What it is no, I pay for health care with others for an interpreter of mine there, and some now for education. Then I'd want to be dumped to Florida. .... Ev in Iowa