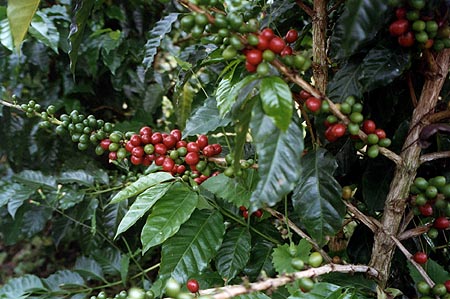 Read this story from the Wilmington Morning Star on an RPCV who works at Smart Start and interacts regularly with Wilmington's Latino community at:

A new coffee shop opened in Wilmington in August. It's convenient (12th and Princess streets), it's inviting (named Folks Cafe) and it's owned by a native North Carolinian.

The shop is different than the trendy chain stores, and the story behind it is intriguing.

Alan Swart, 36, of Castle Hayne, was a graduate of the University of North Carolina at Charlotte's business school. He went on to achieve his master's degree at Winthrop University and landed a financially rewarding job.

But something was missing from his career in commercial refrigeration sales. So Mr. Swart joined the Peace Corps, spent three months in Honduras, and then two years in Nicaragua from 1994-96.

"It was a life decision. I had an education and good job, but I wasn't happy and I wanted to explore and do good," Mr. Swart said.

The work he did in Nicaragua changed him. He worked as a small business development consultant with organic coffee farmers, providing them with technical assistance and establishing a market for their product in Northern California.

"Coffee is the second largest trade commodity in the world, yet it is picked by some of the poorest people," he said. Multinational corporations who profit mightily from the physical labor of Central America's poor have outraged many over the years.

The work Mr. Swart did with the farmers made a big difference.

Within a year, he was able to nearly double the price the farmers were paid for their product.

When Mr. Swart returned to America, he did not go back to the type of job he had after graduation. The Spanish he had learned with the Peace Corps, coupled with his experiences in Honduras and Nicaragua had altered the path of his life.

He now works for Smart Start and, through his work, interacts regularly with Wilmington's Latino community. His position as Latino Community Services Coordinator leads him to work closely with Social Services, helping with Medicaid applications for newborns, nutritional programs and prenatal care.

His volunteer work as President of HOLA (Helping Our Latin Americans) enables him to meet with other human service professionals who work with the Latino community.

"There is a lot of misunderstanding of the Latino community because of cultural and language barriers," Mr. Swart said. "I lived it for two years, so I'm very sympathetic, but many learn a great deal from the discussions at HOLA that they take back to work with them."

The group discusses a variety of topics from housing and hospitals to mental health needs and cultural sensitivity.

The barriers that are extremely prevalent among different societal groups, paralleled with the strong misunderstanding by many of the Latino community, is what inspires Mr. Swart to continue his work.

"We're all immigrants from somewhere, even if we are three or four generations down the line. We're ethnocentric culturally and presume everyone speaks English. We need to extend a helping hand to the next generations and be more tolerant."

So where does the coffee shop fit in?

Folks Cafe was Mr. Swart's dream, and he finally fulfilled it when he opened its doors. He did all the renovations for the property with his wife, whom he met and married in Nicaragua.

"It's a comfortable caf, and it's not in a strip mall. The area it is in needs some improvement and this is one step toward that," Mr. Swart said.

The cafe is adorned with original Nicaraguan folk art, but the real uniqueness of Folks Cafe is the life experiences of its owner, the priceless work he does for the community and the coffee itself.

Mr. Swart buys the coffee from Counter Culture Coffee, a Durham- based company that buys much of its coffee from small co-ops.

"I just want to be a good role model for future generations, have my coffee shop and continue to raise awareness of the needs of the Latino community," Mr. Swart said.

I am looking for ROBERTO ORTIZ, he was a Peace Corp volunteer in Nicaragua on 1978-80, her wife
is from Granada, Nicaragua. I miss him, y possible
for you to find him? Thank you, very much.