Concerns about the Future Autonomy of the Peace Corps 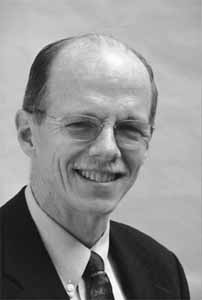 Read and comment on the following message from NPCA President Dane Smith shown in the photo above on the NPCA's position on the autonomy of the Peace Corps at:

I. Concerns about the Future Autonomy of the Peace Corps

Some of our members have expressed concern that the Peace Corps may be absorbed into the new USA Freedom Corps created by Executive Order in January 2002. The NPCA is aware of earlier moves -- actual and proposed -- to absorb the Peace Corps into something else, i.e. State Department or AID, Action, Americorps. We would strongly oppose any move to undercut the Peace Corps' independence and autonomy.

The Executive Order creating USA Freedom Corps is somewhat reassuring in that regard. USAFC appears to be an umbrella organization designed to facilitate and help institutionalize response to the President's appeal for citizen service. The Executive Order indicates that the Peace Corps will retain its autonomy. The Director of the Peace Corps is a member of the Board of USA Freedom Corps. We will keep an eye on this issue. We have already registered our views on it with the Peace Corps (Gaddi Vasquez and Jody Olsen) and will do so with the White House and the Congress during upcoming consultations. We will strongly oppose it, if it becomes a threat.

Other members have expressed worry that risks to Volunteers in service could increase, with increased numbers and special focus on Muslim nations. In his February 15 statement after the swearing-in of Gaddi Vasquez as Director, President Bush noted that "the war [against terror] thrust upon us an enemy who hates every good -- everything the Peace Corps stands for." He spoke about strengthening the Peace Corps and "creating opportunities in other nations [including] new opportunities in Muslim nations for us to spread the good story about the values, the universal values, we hold so dear."

The Peace Corps currently has a task force, chaired by Deputy Director Jody Olsen, looking in depth at security issues. The safety of Volunteers is clearly a priority consideration for the Agency. However, in meetings with Vasquez and Olsen today and shortly with other members of the Administration, as well as with key members of Congress, we have stressed and will stress that doubling the number of Volunteers -- which we favor -- needs to be done in such a way as to minimize threats to their security. We are noting that special care needs to be exercised in increasing volunteers in the Middle East, Central and South Asia at this time.

NPCA Board Chair Dick Pyle has recently accepted a consultant position with the Peace Corps and will begin working with the Office of Special Services March 4. That office handles issues and activities relating to his training and experience as a counseling psychologist. Dick will leave the Board in June when his term is up. He will remain on the board until that time as long as there is no conflict of interest with his new postion.

Have a nice week-end.


--- Please note: The materials and information included in this listserv are provided as a service to you. The NPCA is not responsible for the accuracy of information provided from outside sources.

We encourage subscribers to pass the information along to colleagues and other interested parties. Please credit this listserv as the source and include subscription information.

To subscribe to this list, send a blank e-mail to: NPCA-L-join@list.vita.org Or point your browser to: http://list.vita.org/scripts/lyris.pl?join=NPCA-L

I am the mother of a RPCV and do not think in any way , shape or form, should PC become a part of the US Freedom Corps. The old saying applies here, "when something is not broken, don't fix it!" For 40 yrs. the PC has done a wonderful work with the countries it has served and also for the volunteers themselves. No change at all is necessary, some folks cannot seem to let good enough alone. Please let's try to keep our PC as it has been in the past , functioning so very well..Thank you, Ann Hannibal

A few years ago, in Butare, Rwanda I was teaching a course in public health to District Medical Officers. During a coffee break, talking with two trainees, I mentioned I had been a Peace Corps Volunteer in the '60s. Their eyes widened and their voices softened, and they told me of their experience as refugees in Shaba Province, Zaire. One of their teachers in Zaire was a PCV. It was clear from the conversation, he had won their hearts, and developed their minds.

No government program can match the success of the Peace Corps in terms of achievement and cost-effectiveness. My guess is that its independence within the federal bureaucracy is a major reason.