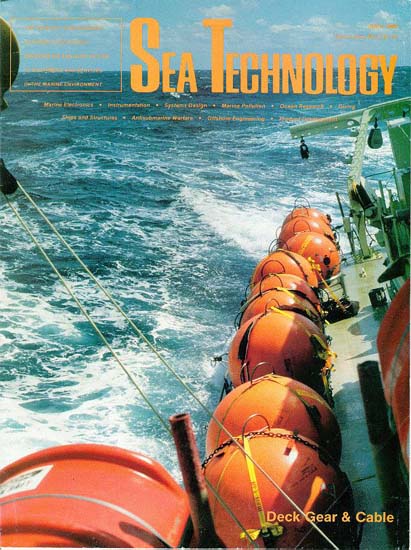 The future of Hawaii's ocean industries looks bright. Hawaii ranks high nationally in the receipt of federal ocean R&D dollars. The state's ocean science and technology strengths are also attracting increasing investments from both private and government sectors in such diverse areas as Japan, Korea, Singapore, Venezuela, American Samoa, Australia, Canada, England and Taiwan. Hawaii's economy currently gets an average of $2 to $3 million annually from Chinese, Japanese and Korean groups prospecting for marine minerals on the sea bottom south and east of Hawaii. The need for coastal states to explore the resources within their 200-mile Exclusive Economic Zones (EEZ) will also provide Hawaii's ocean science and technology industries with new markets for their products and services.

In March 2001, Hawaii granted the nation's first open-ocean commercial lease for large-scale cage aquaculture to a commercial venture that arose from a cooperative pilot program carried out by the private sector, including the Oceanic Institute and Cates International Inc., the federal Sea Grant College Program at the University of Hawaii and the state Aquaculture Development Program. Finally, remote sensing and sophisticated ocean mapping technologies will play a large part in determining the direction of Hawaii's ocean science and technology future by making it possible to assess resources and environmental impacts over large areas in a reasonable time frame and at affordable cost.


A native of Los Angeles, Jim Crisafulli pursued his undergraduate studies in physics and zoology at Harvey Mudd College and Pomona College in Claremont, California. Following a two-year Peace Corps assignment as a secondary school physics teacher in Fiji, he obtained a masters degree in international studies from Claremont Graduate University and is currently completing a Ph.D. in political science at the University of Hawaii. A former East-West Center graduate fellow, Crisafulli has served as an economic development specialist and program director for several public and private agencies in Honolulu. In his current capacity as research & development coordinator for the Hawaii Department of Business, Economic Development & Tourism, he promotes innovative applications of advanced technologies statewide.

This story has been posted in the following forums: : Headlines; COS - Fiji; Ocean Science; Science; Sea Technology

Might sound crazy .......just doing a little research on the name Crisafulli...being my last name i was quite amazed there were so many!
Just for fun my Nanno's name was Salvatore and Nanni's Concetta originally from Sicily....if you feel like replying that would be great!!
Sorry to bother you.....congrats on your sucess!