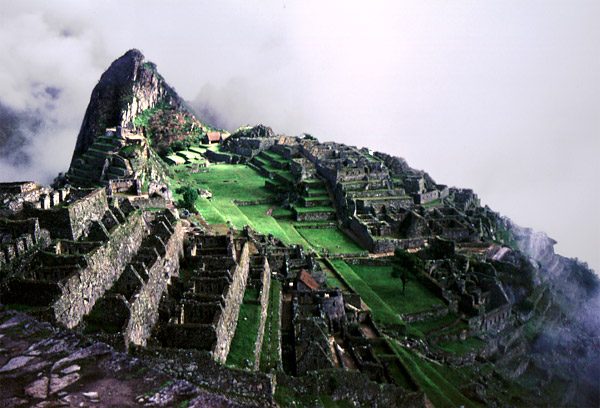 St. Clair Bourne was born in Harlem on February 16, 1943 and was raised and educated in New York City. He entered Georgetown University in Washington, D.C. after graduating from Xavier High School in New York and was aiming for a career in the Foreign Service Diplomatic Corps. But the Civil Rights movement of the 1960s got in the way when he was arrested during a sit-in in Arlington, Virginia in his junior year and left school.

Suddenly adrift, he joined the Peace Corps and served as a Volunteer in Peru for two years, helping to publish a local newspaper that became a national award-winning journal during his tenure. Word of the activist reached EBONY magazine, resulting in a ten-page spread on Bourne and he became something of a Peace Corps celebrity. When his two-year term ended, Bourne entered Syracuse University on a work-study scholarship program, earning a dual degree in journalism and political science while teaching Peace Corps trainees.

After graduating in 1967, Bourne won a scholarship to Columbia University Graduate School of the Arts to study filmmaking. Again, he became politically involved with the radical Black student movement and was among those arrested for taking over the campus administration building in 1968. Although this got him expelled again from school, one of his professors recommended him to the Executive Producer of a new series for public television called BLACK JOURNAL, the first Black public affairs television series in America. Within two weeks of leaving school (and an overnight stay in jail for his campus activities), Bourne was hired as an Associate Producer. Five months later, he was promoted to a full Producer and spent the next three years making films for that series, helping the staff win an EMMY award and winning the John Russworm Citation for himself for "excellence in broadcasting".

Seeking more creative freedom, Bourne left BLACK JOURNAL in 1971 and formed CHAMBA, his production company. Soon four colleagues from the series followed him out the door and Chamba became a collective, working on a variety of advocacy-oriented projects. Two years later, his partners left for more conventional film jobs and Bourne was on his own. He was then commissioned by a group of Black ministers to create a film on the African-American religious experience and the result was a narrative documentary, LET THE CHURCH SAY AMEN! It was an immediate success, winning festival screenings, prizes, critical and popular acclaim. It became the first Black-produced film shown at the prestigious "New American Filmmakers" series at the Whitney Museum of Art in New York City, one of the major independent film showcases.

In 1975, Bourne was invited to be a Guest Lecturer in the UCLA Film Department and so moved to Los Angeles. At the same time, he was named the North American Film Coordinator for the upcoming Festival of African Arts and Culture (FESTAC) in Lagos, Nigeria and thus traveled frequently between classes. After his academic appointment was completed, he stayed in Los Angeles, made three more documentaries for KCET-TV, the local PBS station, became a member of the Los Angeles Film Ex-position (FILMEX) selection committee and worked with the American Film Institute's Independent Filmmaker Program as a judge. He was also signed by producer Norman Lear to develop and produce Bourne's first feature film, a project which never came to fruition because the screenplay was considered too radical.

Bourne spent five years in Los Angeles before he decided that the kind of work he wanted to do was best done in New York. He returned there in 1980 and almost immediately signed to produce and direct BIG CITY BLUES, a CBS film on the contemporary Blues scene in Chicago. Directly on the heels of that production, he produced a major segment of an NBC WHITE PAPER SPECIAL "AMERICA: BLACK AND WHITE" in 1981 and was the only independent producer on that network project. The film won the Monte Carlo TV Film Festival's Best Documentary Award.

Bourne then returned to producing self-originated work and started a film study of the radical Black poet/activist Amiri Baraka (also known as Leroi Jones). The result, IN MOTION: AMIRI BARAKA, was broadcast nationally to controversial but glowing reviews. On the last day of shooting on that project, Bourne was told about a group of Black activists who were going to Belfast, Northern Ireland on a fact-finding tour. Within a month, he organized a crew, raised the necessary money and left to film the trip. That film, THE BLACK AND THE GREEN, has been screened internationally and gives a different perspective on that 800-year old struggle.

Bourne has remained busy. ON THE BOULEVARD, a drama he developed for public television, is a bittersweet story of love between two aspiring entertainers in Hollywood affected by economic pressure. LANGSTON HUGHES: THE DREAM KEEPER, a "narrative performance" documentary, was commissioned for the PBS "Voices And Visions" series. Selected for the Berlin, Los Angeles, San Francisco and Hawaii Film Festivals, the film describes the life and times of America's most beloved Black poet/writer. He completed two films for the National Geographic Society's "Explorer" TV series: GULLAH, about the impact of tourism on the African-based "Gullah" culture of the South Carolina Sea Island people, NEW ORLEANS BRASS, about the brass street bands in New Orleans and HERITAGE OF THE BLACK WEST, an educational documentary about the role of African-Americans in the American West.

His acclaimed narrative documentary about the making of Spike Lee's controversial feature DO THE RIGHT THING filmed in Brooklyn was invited to the Munich, Hawaii, Los Angeles, Amiens (France), the Festival Dei Popoli and Turino (Italy) film festivals but even Bourne was surprised when his film was picked up by First Run Features distribution company and received a national theatrical release, something unusual for a documentary. Bourne then produced two one-hour documentaries for a six-part BBC series with Catalyst TV, a London-based production company. Entitled WILL TO WIN, the series explores the political impact of Black athletes on the international sports scene.

Bourne broke new ground as the director of JOHN HENRIK CLARKE: A GREAT AND MIGHTY WALK, a feature length documentary about the respected historian and Pan-African activist. The executive producer is actor Wesley Snipes. The film has been invited to the Toronto, Carthage (Tunisia), Ouagadougou (Burkina Faso, Africa) and Sundance film festivals. Most recently, he directed PAUL ROBESON: HERE I STAND! for the PBS "American Masters" series and a documentary about photo-journalist/filmmaker Gordon Parks, produced for HBO.

Although Bourne continues making documentaries, theatrical feature films will play an increasingly larger role in his activities. In development through funds from the Swedish Film Institute is EXILES AND ALLIES, the story of love and espionage in the expatriate community of US Army deserters in Stockholm, Sweden in the 1970s.

Overall, Bourne's films concentrate on changing cultural and political trends, a theme he continues to explore in his work.

I am a Documentary film maker from Bangladesh, Iam making five documentary about our Social problem,Environment polution, coastal people livelihood, tribes people culture & tradition.I am Completed MSS(Economics) from National University but Our coutry have no University which have film Department. i am realy trying for through perfect message with my documentary.So Scholarsship helpful for opright our culture & tradition

I am documentaryfilm maker (From Bangladesh)My main Subject is environment pollutin in Bangladesh )& its effect on nature & local people & my another topics is the indigenous people tradition , culture & their livelihood & other topic is the recent Society problem on our our country. i am include the name few documentary list below.

I am realy look forward to conversation about Enviroment related issue/ topics is more vital in ADB opinion & i also looking forward for ADB interested to know about the environment pollution in Bangladesh & any interest to make a complete Scenario of poollution with documantary film to conscious the local people & save local (Bangladesh)environment ,module.

If you interested to see my Documentary please inform me.

b) Working children in Bangladesh & their codition.

I am documentaryfilm maker From Bangladesh.

&#138; AVAJANE a story of darkness to light.... Under The National Sanitation CampaignUnit foe Policy Implementation, Local Government Division.
First performance: 19. 02. 2005.
No of performance: 09

Position Held : As a performer

I also scripted and directed street drama for other organization on subject like Labor law, child trafficking and HIV/AIDS. These dramas were mainly performed in rural areas.