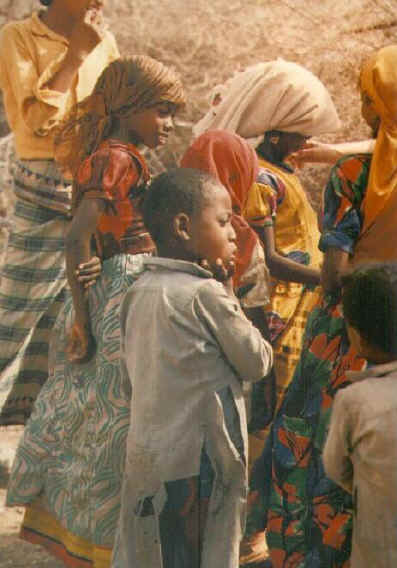 Ms. Kat Julian, sophomore and senior English teacher, might be termed a world traveler. Born in Massachusetts in 1966, she has since lived in Arkansas, Mississippi, Texas, and Florida. She has also traveled overseas. While a senior in college, she participated in a student exchange program that sent her to England.

At 22, she entered the Peace Corps. She was sent to the Republic of Yemen, an Arab country south of Saudi Arabia. Yemen was a fundamentalist Islamic nation that wanted to get a foothold in technology. The United States helped Yemen by setting up English schools for their government leaders. Julian spent two years there teaching English to government ministry employees. Some of her more exciting moments in Yemen included being shot and being offered goat brains right out of the cooked skull.

Like all Southerners, she is proud of her family and her heritage. Ms. Julian currently resides in Paris, Arkansas, with her son and two cats. Her son Theseus is named after the Greek hero who slew the Minotaur. He is six years old and attends St. Joseph's in Paris. "He is destined for greatness," commented Ms. Julian to her British literature class.

She has led an interesting life, full of excitement, learning and adventure. Now she faces another great challenge...a classroom full of Subiaco students.

Kat, I've been trying to get a hold of you. Hope you are well.

I got married in January!

I'm living in Norwich, CT right now but I am going to move to Italy eventually.

I'm teaching ESL and am getting certified this summer to teach Spanish.

Looking forward to hearing from you!