Demented or determined? When Lillian Carter decided to join the Peace Corps at age 67, the Corps asked her to undergo a psychiatric evaluation 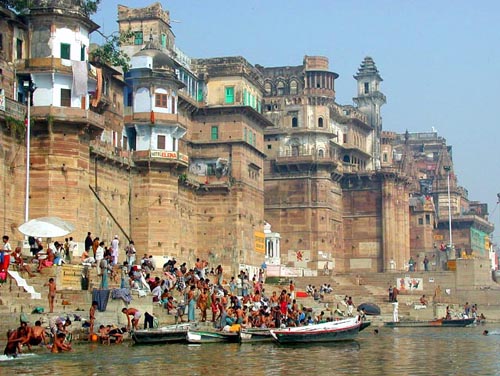 Demented or determined? When Lillian Carter decided to join the Peace Corps at age 67, the Corps asked her to undergo a psychiatric evaluation

When Lillian Carter decided to join the Peace Corps at age 67, the Corps asked her to undergo a psychiatric evaluation. She was asked to explain why a well-off Southern widow, whose son was running for governor of Georgia, was volunteering to serve dark-skinned people in the stifling Indian heat.

In her own words, Miss Lillian was just taking the Corps advertising campaign at face value—“age is no barrier.” Had she been 40 years younger, she would have been labeled a social activist. No one would have questioned her motives.

In 1966, the psychiatric evaluation was straightforward enough: Miss Lillian was exorcising her demons of white guilt over Southern race relations. Nevertheless, she was sent to New Delhi and then on to a colony about 30 miles outside of Bombay, where she worked as a family planner and nurse in the local clinic for the next two years.

Miss Lillian had already led a life of service as a registered nurse in the southwest Georgia community of Plains. Joining the Corps was a logical extension of her seemingly endless compassion and need for activity.

In 1920, when a young Bessie Lillian Gordy was accepted as a nurse trainee at Wise Sanitarium, she eagerly left her post office job in Richland, Georgia, for a career in Plains. Soon after, she met her future husband, Earl Carter, and became engaged. Miss Lillian was ready to quit her training, but at Earl’s insistence, she left Plains, completed her six months of training at Grady Hospital in Atlanta, and sat for her board exams. Earl sent her engagement ring by way of a Plains doctor visiting Atlanta.

It was a good thing she followed Earl’s advice. During the lean years of the Depression, when farm goods weren’t demanding much of a price, Miss Lillian’s wages as a registered nurse helped their young family survive.

Miss Lillian continued to nurse after the financial necessity had passed. While raising a family and enjoying the beginnings of prosperity, she worked at Wise and later as a private duty nurse. In An Hour Before Daylight (Simon & Schuster, 2001), former US President Jimmy Carter remembers the type of nursing his mother practiced:

Since we lived several miles from town among neighbors who were very poor and whose best transportation, if any, was a mule and wagon, my mother cared for many of them almost as a doctor, often providing both diagnosis and treatment. There may have been other nurses who did this, but I never heard of it. Mama was a special person, who refused to acknowledge most racial distinctions and spent many hours with our black neighbors. She never charged them anything for her help, but they would usually bring her what they could afford—a shoat, some chickens, a few dozen eggs, or perhaps blackberries or chestnuts.

Having witnessed their mother’s call to service their entire lives, none of Miss Lillian’s four children were surprised when she announced her intention to join the Peace Corps. After three months of training at the University of Chicago and more than 24 hours of travel, on December 22, 1966, Miss Lillian wrote home:

This is our position: we are in the Peace Corps, under the Indian Government, and working in Family Planning for Godrej Industries. The Godrej Colony is about thirty miles from Bombay. There are no stores here, Godrej is an industrial complex, with all types of factories, and they have their own health program, cooking classes, school, gymnasium—everything except white people. (Away from Home: Letters to My Family, Simon & Schuster, 1977)

Seeking out where her skills would be most appreciated, Miss Lillian eventually found herself working tirelessly at Dr. Bhatia’s clinic, where she saw human suffering unlike anything in Plains. She confronted leprosy and an attitude toward life and death brought about by the extremes of disease and poverty that left her deeply disturbed. Her letters home repeatedly mention a leper woman left on the side of the road to die. Miss Lillian’s pleas for help were answered with the admonishment that the woman was of no concern to her.

Her desire to treat people with equality and dignity was challenged again and again during her time in India. On May 30, 1967, she wrote home:

Dr. Bhatia warned me again today that I’m getting too wrapped up in the patients. He said I am the kindest person some of them have ever known, simply because I treat them all alike. He also told me that sometimes he wished I hadn’t come to India, because when I leave, so many could not understand. (Away from Home: Letters to My Family)

Miss Lillian was acutely aware that by treating “everyone the same,” she was pushing the envelope. Though the material and cultural surroundings were different in Godrej, the strict caste system that Miss Lillian observed in India was not dissimilar from life for blacks and whites in segregated Plains. Just as the residents of Godrej worked and lived on the land of Mr. Godrej, dependent on him for basic services, black tenant farmers and day laborers worked the land on the Carter family’s farms and kept accounts at the Carter Commissary and the Plains Mercantile Company.

An extraordinary woman, Miss Lillian had an irrepressible spirit that saw her through the most heart-wrenching times in India, when she felt furthest away from home. In the words of her son Jimmy, she was a true adventurer who grew in spirit and influence all her life. She returned to Georgia shortly after her 70th birthday, a woman who saw and served more of the world than most of her generation.

Editor’s note: Three years after Miss Lillian’s death in 1983, the Atlanta Regional Office of the Peace Corps established The Lillian Carter Award, presented every five years to recognize volunteers age 50 and older for outstanding service. Her concern for others also lives on through the Lillian Carter Center for International Nursing, dedicated to improving the health of vulnerable people worldwide.

This story has been posted in the following forums: : Headlines; COS - India; Special Interests - Nursing