PCV Sarah M. Perrine describes the Plight of the Gypsies in Bulgaria 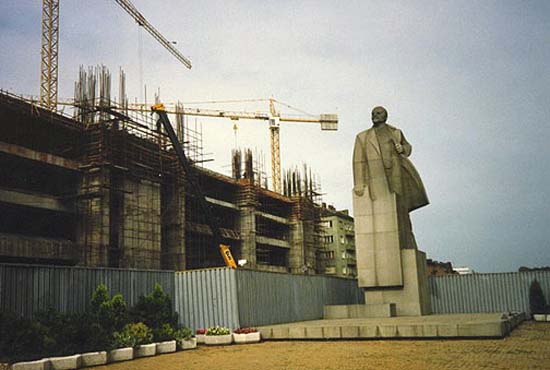 PCV Sarah M. Perrine describes the Plight of the Gypsies in Bulgaria

Plight of the Gypsies in Bulgaria

In 1999, during the first three months of her stay in Bulgaria as a Peace Corps volunteer, Sarah M. Perrine '98 took part in an intensive language and culture training program. "We each lived with host families, and mine happened to be Gypsy, or Romani," says Perrine. "They were, and continue to be, wonderful hosts and friends." But Perrine was shocked by the negative reactions of Bulgarians toward her Romani friends. The experience sparked a passionate interest in the situation of the Romani of Bulgaria. During her Peace Corps term, she organized two summer camps for young Romani children and a summer program to help motivate Romani high school students. She also recruited a group of new Peace Corps volunteers to continue the program, on a larger scale, the following summer. When Perrine returns to Bulgaria this fall as a Fulbright Fellow, she will be working with a human rights organization in Sofia that focuses on the Romani, as well as with the National Council on Ethnic and Demographic Issues at the Council of Ministers of the Republic of Bulgaria, to help raise awareness of the problems facing the Romani. Perrine is interested in finding out if conditions for the Romani have improved under a democratic system of government, as well as in researching how the government can better meet the needs of the Romani community. When she returns from her Fulbright year, Perrine—who majored in international relations and German studies while at Mount Holyoke—plans to apply to Ph.D. programs in political science with a focus on Eastern European studies.

This story has been posted in the following forums: : Headlines; COS - Bulgaria; Gypsies

DEAR SIR /MADAM
I WISH TO APPLY FOR COURSES OF FINANCE AND MARKETING FOR FULL YEAR.AVAIL ME ABOUT THE INFORMATION ABOUT TUITION FEES ACCOMDATION, IE ACCEPTACE LEETER.HOPE TO HEAR FROM YOU VERY SOON.
KIBERU HOOD