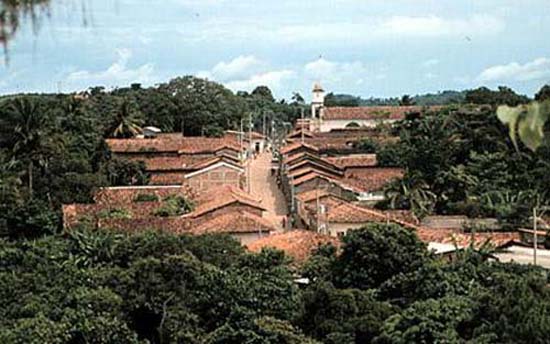 Janet DiVincenzo (M.A., Latin American Studies, University of Texas at Austin) ably directed the Project from its inception. The completion of this documentary record of U.S. policy toward El Salvador is a credit to her enormous skill, dedication and patience. Furthermore, the Archive?s future document sets will reflect the invaluable assistance she gave to others while she worked here.

Elizabeth McQuerry (M.A., Latin American Studies, University of Arizona) stepped in and shepherded the Project to its conclusion, writing and editing both the chronology and glossaries.

Ruth Chojnacki (Ph.D. candidate in History, University of Chicago) as original staff on the Central American Papers Project, helped build the foundations by convincing journalists and scholars that compiling and disseminating these documents was a valuable public service.

David Wallace (Masters of Library Science, State University of New York at Albany) mastered the mysteries of our computer system, then, through seemingly endless trial and error, generated the indices and catalog of documents.

The myriad of detail contained in each component of this document set is a testament to the exceptional research assistance provided by Joseph Menn, Scott Littlehale, Paola Martino, Virginia McGhee, Elise Banducci and Louis DeSipio.

The National Security Archive is a project of the Fund for Peace, Inc. and operates under the guidance of an Advisory Board chaired by John Shattuch, Vice President for Government, Community, and Public Affairs, Harvard University. Advisory Board member Joseph Onek, senior partner in Onek Klein & Farr of Washington, D.C., served as General Counsel to the National Security Archive during the preparation of this set. The members of the Advisory Board, to whom the Archive owes its deepest appreciation, are listed opposite the title page.

This set began as the Central American Papers Project (CAPP) of the Fund for Free Expression with support from the J. Roderick MacArthur Foundation and National Community Funds. The project was originally inspired by Congressman Jim Moody, a former university professor and Peace Corps official, and was originally housed in his office. Subsequently the CAPP moved o the offices of the Center for National Security Studies, a project of The Fund for Peace. The CAPP evolved into the National Security Archive and became a project of The Fund for Peace through the efforts of Stephen R. Paschke, Controller and Chief Financial Officer of The Fund for Peace, and Morton Halperin, Executive Director of the Center for National Security Studies. Nina Solarz, Executive Director of The Fund for Peace, has been particularly helpful in the process of institutionalizing the Archive. The systematic use of the Freedom of Information Act to secure important documentation relevant to the ongoing debate over national security policy was first encouraged by former Washington Post Assistant Managing Editor Laurence Stern who died in 1979.

The project benefited enormously from major donations of documents from a variety of Freedom of Information Act requests filed by individuals independent of the Archive. Raymond Bonner, formerly of The New York Times, provided the documents he obtained for his book Weakness and Deceit (New York: Times Books 1984). Eric Glitzenstein of the Public Citizen Litigation Ground represented Bonner in extensive litigation for these documents. Scott Armstrong provided documents gathered in his work for the Washington Post and for a forthcoming book to be published by Alfred A Knopf. Jan Austin, Michael Meyer, Malcolm Byrne and Jeff Nason deserve special credit to pursuing these Freedom of Information Act requests for the Washington Post. Janet Milne and Patrick Carome filed several lawsuits on behalf of the Post for documents.

The Lawyers Committee for International Human Rights and the family of Ita Ford were helpful in providing documents about the ?churchwomen?s case.? The American Civil Liberties Union?s Political Asylum Project contributed significant documentation on human rights issues. We particularly would like to thank Carol Wolchok and Maurice Belanger for their assistance. In addition, Mark Rosenbaum of the American Civil Liberties Union Foundation of Southern California provided extensive materials released in discovery during cases on behalf of Salvadoran refugees against the Immigration and Naturalization Service. Materials relating to the El Salvadoran military were donated by Cynthia Arnson and by NARMIC, the research and resource unit of the American Friends Service Committee. Jefferson Morley of The Nation magazine, Martha Doggett of the Lawyers? Committee, Joy Hackel of the Institute for Policy Studies, researcher Sara Miles, and journalist Frank Smyth were helpful in donating other materials.

James Cheek, now of the Department of Political Science, Howard University, formerly the Deputy Assistant Secretary of State for Inter-American Affairs and the Charge d?Affairs, U.S. Embassy, San Salvador, graciously donated his time to assist in editing the reference materials included in the Guide to the collection; as did Janet Shenk, co-author of El Salvador: The Face of Revolution; Richard Feinberg of Overseas Development Council (formerly on the Policy Planning staff of the State Department); and Cynthia Arnson, former aide to Rep. George Miller (D-CA).

This project would not have been possible without the Freedom of Information Act and the cooperation of dedicated access professionals in federal agencies. Most important was the staff of the Department of State where many long hours were devoted to this documentation by those searching for documents and declassifiers reviewing them. Although the Department still has much to do to improve its performance under the law, we particularly wish to thank those individuals who worked on these materials. They are Carolyn A. Croak, Jeanne Giampocaro, Darnall C. Steuart, and declassification reviewers T.W. Ainsworth, Roger Brewin, John Brogan, Jerrold Mark Dion, G. Falk, T. Heavener, D. Johnston, L. Kelley, W. Kelley, E.T. Long, B. Martin, W.F. Miller, J.L. Mills, S. Moskowitz, D.W. Mulligan, W. Pugh, W.W. Rhodes, M.E. Sim, J.L. Smith, R.A. Stevenson, G.H. Thigpen, L.R. Townsend and R. Valas.

The Federal Bureau of Investigation processed many of the documents dealing with the investigation of the murders of the four American churchwomen. At the Department of Defense, a limited but significant series of declassifications assisted our work. We wish to thank Charles Hinkle, Col. Charles Talbott, and Major Clay Magee. At the Defense Intelligence Agency, we received sporadic cooperation but wish particularly to thank Robert Hardzog. National Security Archive Special Counsel Quinlan J. Shea, Jr., the former Director of the Justice Department?s Office of Information Appeals and Privacy, ably handles the Archive?s appeals and agency negotiations that resulted in many additions to this collection.

Regrettably there is less to be thankful for from the National Security Council and the Central Intelligence Agency since they continue to be unwilling to obey the Freedom of Information Act.

The Library of Congress?s Congressional Research Service has produced a series of invaluable chronologies and background papers which helped guide the Archive?s documentation research.

We are deeply indebted to the dozens of librarians who offered their time and experience in focus groups, interviews and just plain sound advice. We specifically wish to thank those who opened doors to libraries all over the country: Jaia Barrett and Shirley Echelman of the Association of Research Libraries; Eileen Cook, Thomas Galvin, Anne Heanue, and Nancy Kranich of the American Library Association; and Sandy Morton and David Bender of the Special Library Association. The library community?s generosity in responding to questions has allowed us to develop an idea into a publishing program. We have sought to continue this valuable dialogue through the formation of our library advisory committee whose members continue to provide the feedback which allows the National Security Archive to tailor its efforts to the needs of researchers and librarians.

We are deeply indebted to the dozens of librarians who offered their time and experience in focus groups, interviews and just plain sound advice. We specifically wish to thank those who opened doors to libraries all over the country: Jaia Barrett and Shirley Echelman of the Association of Research Libraries; Eileen Cook, Thomas Galvin, Ane Heanue, and Nancy Kranich of the American Library Association; and Sandy Morton and David Bender of the Spcial Library Association. The library community's generosity in responding to questions has allowed us to develop an idea into a publishing program. We have sought to continue this valuable dialogue through the formation of our library advisory committee whose members continue to provide the feedback which allows the National Security Archive to tailor its efforts to the needs of researchers and librarians.

The National Security Archive is extremely grateful to Donald Hamilton Ogilvy whose business expertise and personal wisdom helped the Archive staff expand from a highly motivated service organization to include an efficient publishing operation as well, and to William A. Davis, Jr. who assisted Don. The Archive also had the assistance of a variety of individuals, service organizations and vendors in the implementation of its operations. The Congressional Information Service, University Publications of American, Gale Research, and Charles Chadwyck-Healey and Susan Severtson of our co-publisher Chadwyck-Healey Inc. were all helpful in guiding the Archive with their previous experience in publishing reference collections. We also benefited enormously from the support, guidance and advice of Susan V. Berresford, Enid C.B. Schoettle, Gary Sick, Stanley Heginbotham, Thomas Miller and Nancy O. Andrews of the Ford Foundation, whose Program-Related Investment Division underwrites the Archive's publishing program, and from Paul Gruenberg, Clifford Pearlman and John Weiser, consultants to the PRI Division.

Most importantly, this project has been a successful experiment in indexing thanks to the efforts and guidance of David Bearman of Archives & Museum Informatics, Pittsburgh, PA. The staff and management of the National Security Archive would like to note that the remarkable and singular efforts of Nicole Ball brought this publication to completion.
Support to the National Security Archive

For an overview of the National Security Archive and information about its funders and support, visit http://www.gwu.edu/~nsarchiv/nsa/the_archive.html.

This story has been posted in the following forums: : Headlines; COS - El Salvador