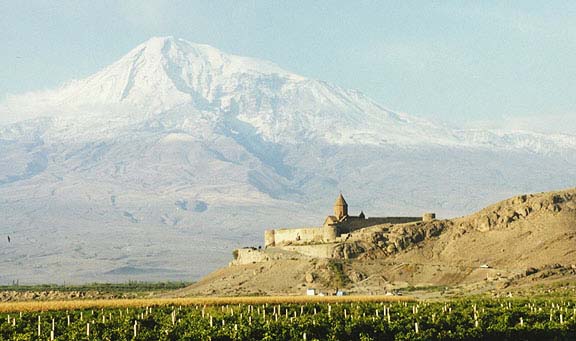 Artashat School #6 has been home to United States Peace Corps volunteers since 1999. The first was Julie Judkins, who taught English there for two years. She and another American volunteer, Colin Bonner, helped the school open its computer center. Kelly Pearce arrived in fall 2001 and will remain until summer 2003. She teaches English classes each week to a variety of grade levels. On Wednesday afternoons, she hosts an English Club, where students practice speaking, reading and writing English. The students are involved in three pen pal programs, one with an American second-grade class in Mesa, Arizona, another with an English Club in a small town in the Republic of Georgia and the final one with children living in a village in southern Armenia. The club, called "Kelly and Friends" has taken field trips, participated in a park cleanup and listened to environmental seminars. Kelly also teaches English and works with teachers at other schools in and around Artashat. She created and participates in an adult English club at a local business center. In addition, she has appeared on a popular weekly Armenian television program, teaching interactive English to people all over the country.

Kelly hails from Phoenix, Arizona, where she was a newspaper reporter. She is 34 years old and holds a journalism degree from Arizona State University. She joined the Peace Corps as a teaching volunteer because she wanted to work with students and immerse herself in a foreign culture. So far, she is loving the experience!

I am a stranger to this site. I am actually a kid just trying to look up his Dad.