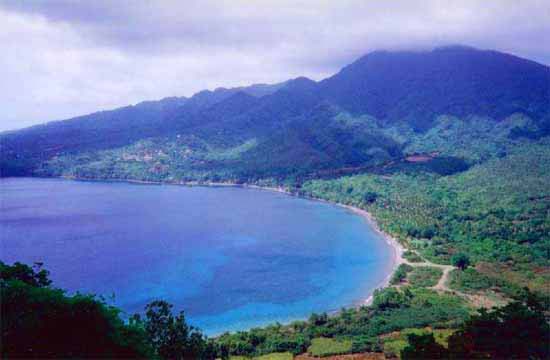 Background
Audrey Waters is currently a spokeswoman for WorldCom, Inc. where she manages the public relations activities for the MCI Group-the consumer division of WorldCom, Inc. She joined the telecommunications company in December 1999. Prior to working for the communications services company, she was an Account Supervisor for Edelman Public Relations Worldwide in Washington, D.C., where she was the day-to-day manager for the Microsoft Corporation public affairs program. She also worked with Nike, Inc., .com, and philanthropic clients, as well as on several new business proposals.

Prior to joining Edelman, Waters worked with the Defense Writers Group and the Office of the Secretary of Defense, Public Affairs in her capacity as a Fellow while earning her master's degree at The George Washington University. In this capacity, she co-edited the Defense Secretary's 1997 Communications Plan. Waters also researched and tracked national security and defense-related issues for national and international print and television reporters covering the Pentagon.

While working for the Political Unit of CBS News' Washington Bureau, Waters conducted research on the 1996 presidential, congressional and gubernatorial races, as well as the 1997 presidential inauguration. Her other media experience includes working as an on-air reporter, writer, editor and producer in Seoul, Korea and Frankfurt, Germany for the Armed Forces Network.

Waters served as a Peace Corps volunteer in the Commonwealth of Dominica as a science teacher and teacher trainer. In Dominica, she also served as the liaison between her fellow volunteers, the Ministry of Education and the Peace Corps. In addition, she created, organized and implemented a successful fundraising campaign that helped purchase educational tools and teaching equipment. After two years of service, Waters was selected to manage the Peace Corps' Republic of Guyana health project. Waters was able to create a viable, nationwide and government-approved health education and health management program in one year: a great feat since the Peace Corps had experienced a 25-year hiatus from the Republic of Guyana.

In another international affairs capacity, Waters worked at the U.S. Mission to the United Nations in the Office of Host Country Affairs where she helped mediate disputes between the diplomatic community and the United States. Waters also collaborated with the Office of the New York City Mayor to efficiently resolve legal violations of U.S. law by UN delegations.

Waters has taught Issue and Lobbying Campaign courses for the Graduate School of Political Management's Semester in Washington program.

This story has been posted in the following forums: : Headlines; COS - Dominica; Public Affairs

These People are targeting and attacking US Citizens for fun and call it practice, and are doing it all over the world without cause and all of the Generals have been notified since 1998 when the court threw out the case in the Carolinas!

I RAN THE MARINE CORPS MARATHON TELLING EVERYONE ALL ALONG THE WAY THAT THE DEPARTMENT OF DEFENSE
ARE LOSERS ATTACKING US CITIZENS AND ALL OF THE GENERALS KNOW INCLUDING THE
BIGGEST LOSER GENERAL DEMPSEY WHOM I WENT TO CHURCH WITH - SO HE GAVE ME A RESTRAINING ORDER FOR TELLING HIM!

WHAT A LOSER! APPARENTLY HE THINKS TAKING AWAY WOMEN'S JOBS, GETTING THEM FIRED, TAKING AWAY THEIR HOMES, FAMILY, AND MONEY BY ASSAULTING AND HARASSING AND SEPARATING AND TORTURING THEM IS GOOD CHRISTIAN CONDUCT!

HE SHOULD GO TO CONFESSION - I THINK IT'S CRIMINAL AND HE CAN GO TO HELL AND GET HIS PILOTS OFF ME AND OUT OF MY LIFE AND STOP MAKING WOMEN'S LIFE IN AND OUT OF THE MILITARY A NIGHTMARE WITH SEXUALLY AGGRESSIVE AND ABUSIVE MEN!