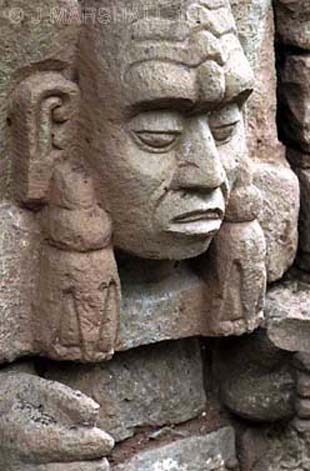 U.S. Peace Corps volunteer Mary Bosy was working as a teacher trainer in Hato, Dominican Republic, when Hurricane Georges destroyed more than half of the schools in her district. Bosy, who is 69 years old, shifted her focus to leading a school reconstruction program, and worked with eight communities in her province to rebuild schools, start school vegetable gardens, and initiate reforestation efforts.

She is one of hundreds of volunteers who have been working in Central America and the Caribbean over the past year to help communities recover from the devastation of hurricanes Georges and Mitch, according to a Peace Corps news release. The workers include members of the new Crisis Corps, made up of former Peace Corps volunteers who provide short-term disaster relief and humanitarian aid to countries in need.

More than 600 volunteers are currently in the region, participating in water sanitation, reforestation, immunization, housing construction, and other efforts designed to help rebuild the region following last year's disasters.

Following is the text of the Peace Corps' November 1999 summary of its activities in Honduras, the Dominican Republic, Guatemala, Nicaragua and El Salvador:

The Volunteers: Peace Corps volunteer Chad Anderson, 26, of St. Cloud, Minn., was serving in Morolica, near Choluteca, when the hurricane struck. More than 400 homes, including Chad's, were swept away. Chad immediately worked with his community leaders to evacuate townspeople to safety. During the days following the disaster, Chad and a local school teacher walked more than 20 miles on wet, muddy roads to coordinate donations of emergency food and medical supplies, picking up supplies from one town and carrying them back on foot to Morolica. He helped organize two temporary health centers, and formed the community into relief committees, including food and clothing distribution, road rehabilitation, and census-taking. He organized groups for latrine construction, and helped with medical brigades, acting as translator and liaison between international aid agencies and locals. Chad is now working in Honduras as a Crisis Corps volunteer.

Brian Redmond, 53, of Shavertown, Penn., was a Crisis Corps volunteer. Brian and several others have helped with evaluating water supply sources and providing technical training for staff of the Honduran water ministry. Brian, a university professor who volunteered for the Crisis Corps during his summer break, served as a Peace Corps volunteer in the Dominican Republic in the early 1970s.

The Peace Corps Response: Peace Corps volunteers serve in some of the most devastated areas of the country working in agriculture, education, the environment, forestry, water and sanitation, child survival, and small business development.

The Volunteers: Peace Corps volunteer Mary Bosy, 69, of Cary, N.C., was working as a teacher trainer in Hato. When Hurricane Georges destroyed more than half of the schools in her district, Mary shifted her focus to leading a school reconstruction program. She worked closely with eight communities in her province to rebuild their community schools, start school vegetable gardens, and initiate reforestation efforts.

Peace Corps volunteer Steven Patton, 26, of Riverside, Calif., was working as an environmental educator in a community in the outskirts of Santo Domingo when the hurricane hit. Most houses in this 2,500 member community, including Steven's, were destroyed. Steven worked with a local non-governmental organization on a housing reconstruction project that benefited 25 families. He helped establish a temporary medical dispensary to provide first aid to the community, and helped procure two 500-gallon water tanks to provide chlorinated water to the community. He formed and trained a local team to chlorinate the water and oversee its distribution.

The Damage: Environmental degradation, including loss of top soil.

The Volunteers: Peace Corps volunteer Onyije Chigozili, 42, of Missouri City, Texas, saw first-hand the damage her community suffered. Homes were destroyed, as were precious crops, including corn and beans stored in metal silos. Onyije immediately partnered with a local non-governmental organizations to obtain funding to rebuild homes and gardens.

The Damage: Destruction of agriculture resulting in loss of crops and livestock.

The Peace Corps Response: Peace Corps volunteers coordinated efforts with church, governmental, and non-governmental organizations to get food, clothing, and water to those individuals in refugee areas. Many volunteers worked with local health center personnel and community leaders to explain health hazards of contaminated water to community members. They helped distribute Clorox to purify drinking water.

The Volunteers: Peace Corps volunteer Brady Hamilton, 25, of Pullman, Wash., was working to promote balanced diets for children and collaborating with Doctors without Borders on a de-parasite and supplemental nutrition campaign. Since the hurricane hit, Brady has gone house-to-house in seven villages to educate the villagers on how to prevent cholera and other diseases. He has also helped eight women leaders in his community to start a fruit nursery and a 10,000 tree nursery. Additionally, Brady is assisting with efforts in the reconstruction of two bridges that were washed out by the storm.

Peace Corps volunteer Stephanie Mintz, 27, of Potomac Md., was a member of her town's emergency action committee, formed after the hurricane, where she helped distribute food to townspeople and to 750 refugees in local shelters. She has trained her community on the importance of boiling their water, and has promoted methods of preventing cholera, diarrhea, dengue, and malaria.

The Damage: Destruction of local sanitation and water services, lessened availability and quality of potable water.

The Volunteers: Peace Corps volunteer Barbara Holden, 27, of Auburn, Wash., was on a bus traveling to her site when Hurricane Mitch struck. She got off the bus and walked to her site since the road was blocked by mudslides. After several hours of walking, Barbara joined the mayor and town council in organizing relief efforts. She has extended her Peace Corps service for one year and is currently an adviser to her community's municipal council, assisting them develop a disaster preparedness plan.

Bob Findlay, 58, of Des Moines, has served as a Crisis Corps volunteer several times. Most recently, Bob worked with a Salvadoran non-governmental organization to plan and develop a sustainable disaster management plan. Bob, a professor of architecture and community design at the University of Iowa, has helped develop similar plans in the Cook Islands and in Peru. He was a Peace Corps volunteer in Colombia from 1963-65.

(Distributed by the Office of International Information Programs, U.S. Department of State)

This story has been posted in the following forums: : Headlines; COS - Honduras; COS - Dominican Republic; COS - El Salvador; COS - Nicaragua; COS - Guatemala; Disaster Relief