Botswana Country Director Norman Rush is in no big hurry 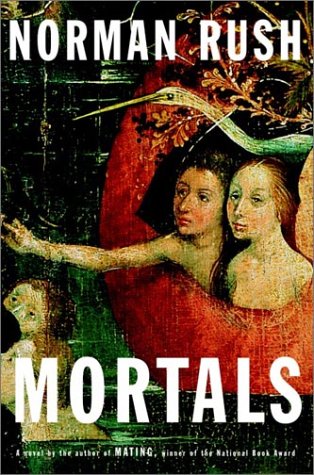 Botswana Country Director Norman Rush is in no big hurry

Norman Rush is in no big hurry
Second book finally arrives 11 years later
By John Freeman, Special to The Denver Post
Arriving at Skylark Cafe on a recent Friday afternoon in Nyack, N.Y., Norman Rush is greeted as a regular.

"I love this place," he says, after presenting a hot-off-the-press copy of his second novel, "Mortals," to the cafe's owner. "You can stay forever."

He's hardly exaggerating: For an entire year, the vigorous 69-year-old author sat in a back booth of the '50s-style restaurant with his wife, Elsa, and meticulously trimmed away at the "Mortals" (Knopf, $26.95) manuscript, which at one point weighed in at 1,600 pages (the final count is a mere 700). All told, Rush worked on the book for 11 years. Despite his name, he says with a chuckle, "I'm not one to rush."

His perfectionism is understandable when you consider what the new novel has to live up to. "Mating," Rush's 1991 tale of an American woman in Botswana who falls for a charismatic American anthropologist, won universal acclaim, including a National Book Award and a place on The New York Times' list of the best books of the century. As a result, "Mortals" may be the most anticipated second novel since Ralph Ellison's "Juneteenth."

The good news is that, unlike Ellison's doomed effort, Rush's latest delivers on his extravagant promise. Not only is "Mortals" every bit as rich and densely textured as its predecessor, but its thrillerlike plotting adds a whole new dimension.

Also set in Botswana, the novel unfolds in the early 1990s as the collapse of Communism sends ripples throughout the Third World. Narrator Ray Finch is a CIA operative working undercover as a private-school teacher. When the Cold War ends, so does Ray's agreeably vague mission, and he is forced to accept a new assignment, investigating the relatively harmless populist leader Samuel Kerekang.

At the same time, Ray's wife of 17 years, Iris, with whom he is still utterly besotted, develops a powerful attraction to a black American missionary and holistic-medicine guru named Davis Morel - whom Ray believes to be much more incendiary than Kerekang. "Each one represents a different vision of how to deal with Africa," Rush says of Ray, Iris and Davis, who come to form a tense political triangle.

Rush understands the nuances of such politics firsthand. He and Elsa spent five years in Botswana, from 1978 to 1983, as co-directors of the Peace Corps, directing small-business development, educational programs and farming initiatives.

"We were really State Department employees," he explains. "As a result of that, we got to see the inside of authority. We knew CIA people, and they were all extremely interesting characters. There was a - I can't say too much about him - a man who inspired this character of Ray."

Although Rush was too busy to do any writing in Africa, he collected mountains of notes "for many, many novels and books," and for the past two decades he has mined this material assiduously. "Mortals" completes his Africa trilogy, begun with the 1986 story collection "Whites."

"'Whites' was a survey of things in Southern Africa," Rush says, as he delicately bites into a cheeseburger.

In "Mortals," the collision between American and African power-politics takes Rush in a tantalizing new direction: the spy novel. After Ray is sent to the Kalahari Desert in pursuit of Kerekang, he is drawn in to a brutal uprising staged by an alliance of Boer and Namibian forces that the CIA wants to repress. If this sounds like something out of a Tom Clancy book, Rush readily admits to staking out territory that genre fiction has previously claimed for its own.

"I wanted this book to deal with the consequences of the collapse of socialism as an option," he says. "It's been touched on in spy novels, but it hasn't gotten the whole literary treatment that I thought it deserved."

After this book, Rush thinks he is done with Africa, but not with global politics. During the interview, he excitedly presents a precis for his next novel, which will be set in America during the buildup to the recent war in Iraq. "It will be about our plunge into empire," Rush says.

Will it take him another dozen years? "No!" he says, with a belly laugh. "After this one, they'll all be 250 pages long."

This story has been posted in the following forums: : Headlines; COS - Botswana; Writing - Botswana