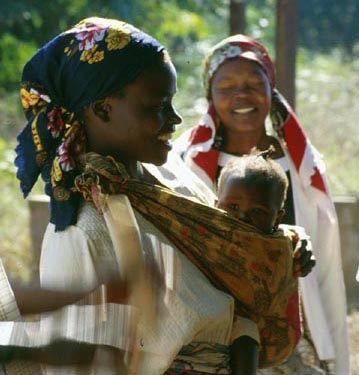 The Countryside High graduate who died in South Africa had wanted to continue in public health.

PALM HARBOR -- Shelby Bond spent her life chasing big dreams, but she died in a crash foreshadowed by a horrible nightmare.

On Christmas Eve, however, the 25-year-old dreamed she was in a car accident that killed her boyfriend.

Thinking maybe the dream was a premonition, Bond almost canceled a trip to Capetown, South Africa, to celebrate the new year, said her mother, Lillian Bond of Palm Harbor, on Friday.

In the end, Bond decided to make the car trip from Mozambique to South Africa with her boyfriend and three others. But her premonition became real on Dec. 28.

Bond was killed in a car accident in Richmond, South Africa. The car in which she was a passenger flipped eight times. She and another passenger died.

While they were waiting for help, the survivors were robbed. The thieves even stole the shoes from Bond's body.

The news of Bond's death reached her family in a 5:30 a.m. call from the Peace Corps.

"She was our family's golden child," said her father, James Bond, who lives in Texas. "She was smart, talented and she set high goals for herself."

Bond graduated from Countryside High in 1994. She was on the debate team and the yearbook staff and was involved in student government. She was also a cheerleader and a homecoming princess.

Bond went to Stetson University for two years, then transferred to the University of North Carolina, where she graduated with high honors with a bachelor's degree in political science and African studies.

One of her goals was to become president of the United States, her father said. He counseled her to choose someone she admired and follow his path.

It was Bond's admiration of former President Bill Clinton that led her to join the Peace Corps, he said.

After three years in the Peace Corps, where she helped establish an English education program in Mozambique and worked in AIDS prevention, Bond joined Population Services International as an AIDS educator. Through the nonprofit World Health Organization, she counseled teenagers on the importance of practicing safe sex in a country where the rate of AIDS is greater than 13 percent.

"The kids all wanted to be like her," said Lillian Bond. "She was an American and she was cool and pretty. They wanted to practice safe sex because that's what she did."

"She was a leader among leaders," said Terri Lapinsky, chief program and training officer for the Africa region of the Peace Corps. "The additional projects she took on in AIDS prevention had a ripple effect throughout the country."

Bond was scheduled to return to the United States in April. She had planned to go to graduate school, where she wanted to focus on obtaining a master's degree in a public health field. But her family had no doubts she would one day return to Africa.

"She had become acclimated to their culture," her sister Jamy, 33, also a former Peace Corps volunteer said. Peace Corps members are taught that there is an invisible line good volunteers cross where they become more a part of the culture of the country where they work than their own, she said.

"She had definitely crossed that line," she said.

In addition to her parents and her sister, Jamy, Bond is survived by another sister, Stacy, 36.

A memorial service is planned for Bond at 2 p.m. Sunday at the Northwest Tampa Church of Christ, 7259 Sheldon Road. The family asks that donations be made to Population Services International to further Bond's AIDS prevention work in Mozambique.

- Times researcher John Martin contributed to this report. Staff writer Julie Church can be reached at (727) 445-4229 or church@sptimes.com.

This story has been posted in the following forums: : Headlines; COS- Mozambique; COS - South Africa; Safety and Security of Volunteers; Obituaries