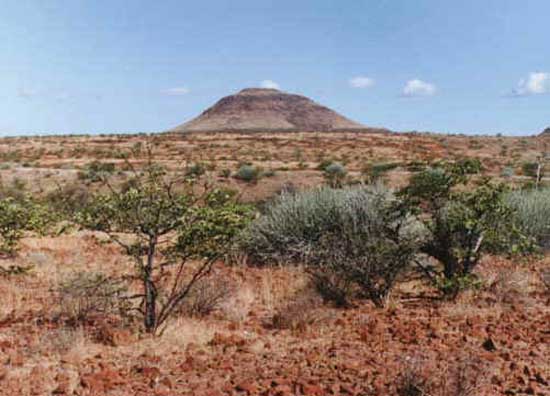 Two SAIS students, Michael Graglia and Dylan Pereira, were among 30 recipients of the 2001 Paul & Daisy Soros Fellowships for New Americans. Students who win this prestigious fellowship receive up to a $20,000 stipend plus half-tuition for as many as two years of graduate study at any institution of higher learning in the United States.

Graglia, who is simultaneously pursuing a master's in international relations from SAIS and an M.B.A. at Columbia Business School, will begin his course work at SAIS in January. Pereira is enrolled in SAIS's joint-degree M.A./M.B.A. program with the Wharton School of the University of Pennsylvania.

The Paul & Daisy Soros Fellowships for New Americans were established in 1997 as a charitable trust of $50 million to assist new Americans in furthering their careers through graduate education. New York philanthropists Daisy and Paul Soros, natives of Hungary, created the trust to thank the United States for the life it has provided them and their children. Paul Soros is the brother of global financier George Soros.

More than 900 applicants who are naturalized citizens, resident aliens or children of naturalized citizens completed applications this year. The program seeks to identify, honor and support new Americans who have shown extraordinary creativity and sustained achievement as well as commitment to constitutional and Bill of Rights values.

Graglia, who received his bachelor of science degree in math and information science from Gonzaga University in Spokane, Wash., in 1995, worked for several years after college as an actuary. He then joined the Peace Corps, where he taught math and conducted HIV education programs in Namibia in 1998 and 1999. Graglia established the first exclusively Internet-based philanthropy, Deep Roots at http://www.deeproots.org which raises funds to help Namibian students, especially girls, finish high school. His parents are from Italy and the United Kingdom and now live in California. Graglia, 25, came to the Los Angeles area when he was 8.

"I'm categorically honored by the fellowship," Graglia said. "It's more than welcome financial assistance; it's recognition that I'm making the most of the opportunities afforded to me by my parents. And that is an encouraging affirmation of what I've done so far and hope to do."

Pereira received his bachelor of science in electrical engineering from the University of Miami in 1993 and then worked for six years as an international consultant based in Brazil. Born in India in 1970, he came to the United States to attend college when he was 19. Pereira has been active in efforts to understand the implications of cyberspace for globalization and will seek a career in international business.

"I was pleasantly surprised to hear the good news," Pereira said. "The Paul & Daisy Soros Fellowships have assembled an exceptional group of young people who embody the donors' vision for 'new' Americans. It really is an exceptional opportunity to continue one's graduate work."

Warren Ilchman, director of the fellowship program, noted, "These two young men exemplify the kinds of attributes the program seeks to honor and reward. Michael showed both courage and resourcefulness as a Peace Corps volunteer in Namibia, where he founded an Internet-based philanthropy dedicated to keeping young Namibian women in school. Dylan wants to build on his successful business experiences in Brazil to promote investments that will generate socially responsible growth in the developing world."

Graglia and Pereira are SAIS's second and third Soros Fellows. Rollie Lal, a native of India, won the fellowship in 1998. She received her master's degree in May 1998 and is now enrolled in the school's doctoral program, concentrating in South Asia and China studies.

This story has been posted in the following forums: : Headlines; COS - Namibia; Service; Awards