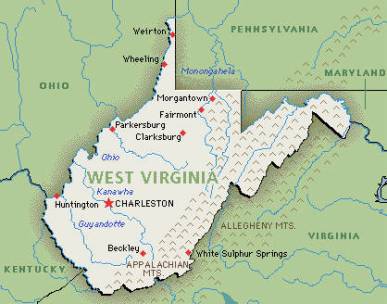 This letter appeared in the April 14 issue of the Lincoln Journal. The writer and I were allies a few years ago in opposition to school consolidation in Lincoln County.

Julian Martin, a well-respected Lincoln County resident, stated that all people who support Mountain Top Removal were just doing what their boss was telling them to do, and that they were for sale to the highest bidder. Now let me set the record straight, sir, and explain, the cold hard facts of West Virginian life.

First, we have loyalty and pride, being employed by coal and coal support companies, but no one tells us what to say. We are much more professional than the members of the environmental organizations operating in WV.

We worked hard day after day because we were taught that the world owed us nothing. While others protested, demanding society freely give them everything, at no charge. We were called hicks and hillbillies -- they were called hippies and flower children.

I believe we have a breakdown of communication between these two groups. I believe all those who feel the same as Mr. Martin should visit a present day surface mining operation. And, likewise, I believe every coal miner support employee and anyone connected to the coal mining industry should immediately join and be a voting member of the WV Highlands Conservancy, the High Seria [sic] Club, or any other environmental organizations operating within the state. These organizations are of non-profit status, and open membership is guaranteed by state and federal laws.

Let’s all get involved, let the voice of the majority rule, no justice, no peace. Our great state of West Virginia belongs to us, the people, not out of state environmental extremists. We can and will make a difference.

Here is my letter to the Gazette that set him off:

The coal industry tries to call it "mountain top mining" instead of mountain top removal, "surface mining" instead of strip-mining. The timber industry and forest service use "over-mature" and "decadent" instead of old growth. And here is a doozy - "Temporary meadows" for clear cuts. There is the old stand-by "harvest" instead of cut. The milk people use "somatotropin" for bovine growth hormone. "Somatotropin" is Latin for growth hormone. During the war against Iraq there were "KIA’s." Never did the military public relations briefings use the word kill. I suppose they discarded "harvest" early on. The Gazette and other news media use "environmentalists" instead of concerned citizen.

The coal industry does its best, along with other industries to demonize the term "environmentalists." The news media cooperates with the industry, helping them in their effort to isolate concerned citizens by calling them "environmentalists," -- of course, their favorite is "environmental extremist." Visit a strip-mine and you will see who is being environmentally extreme. If the PR firms working for the coal companies succeed in making "environmentalist" a dirty word then everyone who cares about what happens to the mountains, the water, the air, the trees and the scenic beauty of West Virginia will be discredited.

It ought to scare the polluters and destroyers of our state to know that the massive resistence to their pillage is done by people from all walks of life and a wide variety of occupations. I know of only three or four people in West Virginia who get paid to help concerned citizens organize to defend the earth and most them are paid half-time for a double-time job.

The people who most consistently represent the coal company view are public relations people who would spout whatever line the boss pays them to spout. If we concerned citizens could double their salaries they would work for us, they believe in nothing and their talents go to the highest bidder.

Fanny Seiler’s article in the March 10 Charleston Gazette was a pleasing exception to the rule. She reported on the strip-mine mitigation bill without once using the word "environmentalist" To identify people who wanted a stronger bill she used terms like "private citizen," "members of the West Virginia Organizing Project," "lobbyist for the West Virginia Citizen Action Group," "a member of the Environmental Council," "a representative of the West Virginia Rivers Coalition" However, the headline for Seiler’s report reverted to the coal industry newspeak euphemism of "surface mine" instead of the uglier, more accurate and publicly named strip-mine. And the report just below Seiler’s, on the conflict of interest lawsuit against Michael Miano, uses the term "environmentalists" in the second paragraph.

Mind you, I am happy to work for the environment but I have a life besides that. I like basketball very much and played full-court until I was fifty years old. So if you quote me and think you have to call me something other than citizen just call me an ex-jock. ¨

This letter appeared in the Lincoln Journal the week after Doug Waldron's letter:

Doug Waldron, who works for a company in the earth moving business, is understandably in favor of mountain top removal. However, his letter of 4/14 is disturbing, and disturbing for reasons that have nothing to do with mountain top removal. There are strong arguments on both sides of this divisive issue, some of them supported by facts. Mr. Waldron addresses none of them. Instead, he belittles those who don’t see things his way: he describes those on his side as hardworking, patriotic, responsible citizens; those opposing his view are lazy, unpatriotic, drug-using parasites. We are all tempted to demonize those who don’t agree with us, but name-calling is no argument at all. Perhaps Mr. Waldron’s intention is chiefly to increase one side’s hatred of the other. It is destructive enough when we do that as private citizens. To do it as an elected official is especially disturbing. One can be passionate without being unfair and illogical.

Here is a rough draft I am working on as a response:

"The people who most consistently represent the coal company view are PR people who would spout whatever line the boss pays them to spout. If we concerned citizens could double their salaries they would work for us, they believe in nothing and their talents go to the highest bidder."

Waldron rephrased this to say, "... all people who support mountaintop removal mining were just doing what the boss was telling them to do and that they were for sale to the highest bidder."

Waldron refers to "out-of-state extremists." My family has been in this state since the early 1800s when Isaac Barker settled at White Oak Creek on Big Coal River. My dad, a UMW miner, lost an eye in the mines, my grandfather fought on the side of the union at Blair Mountain. My uncles, brother-in-law, son, friends and former students have been miners. I am not from out-of-state and being for the mountains as they are seems far less extreme than destroying the mountains. Absentee owned coal companies like Arch Coal of St. Louis and Massey of California are the "out-of-state extremists."

Waldron accuses people who are concerned about the environment of raising marijuana, being on welfare, being from out of state and avoiding the draft. There are thousands of people in West Virginia who are very concerned about the environment who fit none of those categories. There is no law against being on welfare and being from out of state and both groups of people have the same rights as every one else. If all the people in Lincoln County who are on welfare and born out of state vote against Waldron he will lose the next election by a landslide.

Since I am the only person Waldron mentioned in his attack I assume he wanted people to infer that what he said applied to me. He made a reference to people avoiding the draft by going off to Canada and Africa. I served two years in the Peace Corps in Africa 1961-63 and I have an honorable discharge from the United States Air Force. I was in the Air Force Reserves for eight years.

People born out or state have the rights of American citizenship even in West Virginia. It is no crime to be from out of state. I would never doubt the sincerity of coal miners. My dad and grandpa always said what was on their minds and stood up against the monster coal companies for their UMW rights.

Trying to make your opponents look like evil people is a way to divert attention from the real issue. The real issue is that the mountains of West Virginia are being destroyed, forever. Those destroyed mountains will provide no jobs in the future. On the 300,000 acres that have been strip-mined in West Virginia, 180 million board feet of hardwood lumber could have been cut every year, forever. Hardwoods don’t grow on so-called "reclaimed" strip-mine sites, the ground is as hard as concrete.

This story has been posted in the following forums: : Headlines; COS - Nigeria; Speaking Out; Environment; Coal Mining; Labor Unions