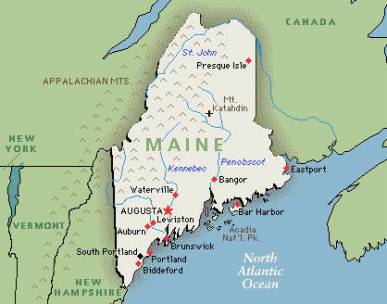 
ROCKLAND, MAINE - Democrat Stefan Pakulski of Rockland said he was inspired to run for state Senate in part by his experiences living under a military dictatorship in Indonesia.

Pakulski is running against incumbent Sen. Christine Savage, R-Union, for the District 12 seat that represents all of Knox County except Appleton.

Pakulski said he has worked with people in other parts of the world who would be willing to die for the rights he enjoys, including the right to seek public office. 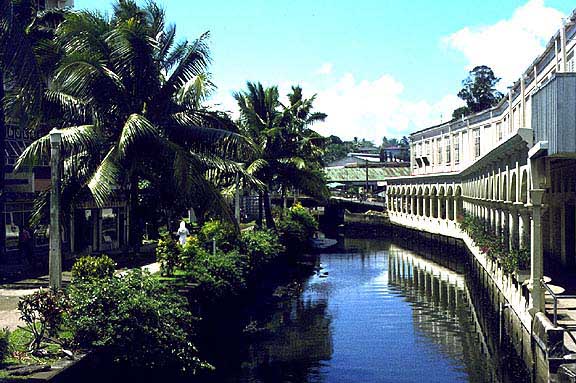 The candidate, who was raised in Wayne, Maine, has worked in the Peace Corps in Fiji and in economic and community development overseas in places including Indonesia and Egypt.

He came back to Maine to raise his family and works as a contractor for the Maine Rural Development Council.

He said state government needs a fresh perspective and new energy in dealing with challenges such as the state budget crisis.

Although the state may have to cut its spending due to this problem, Pakulski said he will defend funding for schools and for any programs that expand health care coverage.

Pakulski said the state should consider raising the sales tax back to where it was before the last cuts in the tax. He said a lot of state revenue is lost when the sales tax is cut, and then there is an economic downturn that has people making fewer purchases.

He also proposes delaying any tax incentive agreements the state has made with businesses and corporations.

He said the government needs to look for areas where it is duplicating services and cut any waste.

The candidate said the burden of state budget cuts should not fall solely on the shoulders of state workers. He does not advocate increasing the Maine income tax, but said that is an option that would allow people other than state employees to contribute to correcting the state budget problem.

"Don't expect state employees to be the only ones to contribute to righting the problem," he said.

The candidate said long-term as well as short-term measures are needed to deal with the budget crisis, and safeguards need to be put in place so that the state is not relying on projections about economic growth.

He supports increasing state funding for education to cover 55 percent of school costs. He said he does not think the property tax is an effective way to fund education because it leads in inequality in education. He said towns with more value and more wealth should not have better education systems than poorer communities, and it is the state's role to level the playing field for all Maine students.

Pakulski also calls on communities to get more involved in improving their schools, and uses the town of Norway as an example of a system that is working. He said the business community in that town is partnered with the school district, providing material support and input on the curriculum. He said the result has been a huge jump in the number of students going on to higher education after high school.

The candidate said he understands the rationale of providing laptop computers to Maine middle school students, but he believes the plan was not developed by education experts and that it served narrow economic and technological interests. He said he would rather put the money into improving the quality of teaching for early grades or to make teaching a more attractive profession for young people to go into. He said maintaining and repairing school buildings should also be more of a priority than the laptops.

He said the state should consider a single-payer health care system.

"I haven't seen anything to say a single-payer system is not the way to go," he said.

He said the state should develop a coalition that includes hospitals, insurance companies and consumers to work on the problem. In addition, he said, Maine should look to other states and nations for innovative examples of health care systems that work.

He supports the Maine prescription drug law sponsored by fellow Democrat Chellie Pingree of North Haven, who is running for U.S. Senate.

The candidate wants to see more support for small businesses, and warns that the state should not fall into the trap of only trying to attract large corporations. He said it is important to encourage home-grown businesses run by people who live in Maine, rather than drawing corporations from out of state that may leave in a few years. He said regional small business development centers should be established to provide full-time small business counselors who provide information to small business owners and managers. He said this would be funded by the state, the federal government and local contributions from the businesses.

Pakulski does not support opening a casino in Maine. He said that if the anti-gambling law is to be overturned, it should decided by a vote of the Maine people rather than the Legislature.

When it comes to managing the fisheries, Pakulski said it is important to give fishermen a voice and a role in the policy-making process. He said he opposes pelagic trawling for herring, but praises the lobster zone council system.

This story has been posted in the following forums: : Headlines; COS - Fiji; Politics