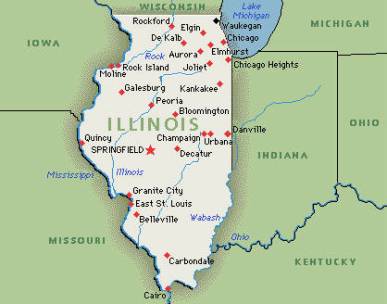 Legal professional with a 'social' goal

Chicago, Illinois - Longtime residents of 6425 S. Lowe Ave. tell stories of years past when gangs made their headquarters in this former CHA housing project near 63rd and Halsted streets in Chicago's bedraggled Englewood neighborhood.

Samuelson, a descendant of Swedish immigrants and a former Peace Corps volunteer in Nigeria, was initially greeted with wariness by the predominantly African American occupants of the building, who had seen a series of management companies fail there.

Lorez Morris-El, a 14-year resident of the building, was a skeptic.

"When he first started coming around here, I thought to myself, 'why would he want to come over here in such a neighborhood, this very prestigious man?'" she said. But, she found, "he is a man with a vision, and the vision was to uplift the community, something that this community needs."

Samuelson renamed the building New Englewood Terrace, made physical improvements and tackled a problem that afflicts many poor communities: the digital divide.

Today NET, an appropriate acronym for the building, has a T1 broadband connection. Using equipment donated by Cisco Systems Inc., workers installed a fiber-optic network and made all units in the building Wi-Fi or wireless Internet-accessible. The management also is working to provide refurbished computers.

"This can be a building where people, who have had narrow perspectives for whatever reason in their lives - environmental or social, have the ability to broaden their perspectives and take advantage of opportunities throughout the world," Samuelson said.

Residents of the NET building and people who live in the neighborhood now have the opportunity to learn basic computer skills such as word processing, spreadsheet calculations and e-mail transmission in the building's computer lab.

According to tenant Angelique Asberry, though, advertised classes are often canceled due to lack of attendance. Instead, volunteers who work in the management office end up teaching people basic computer skills. She added that residents creating resumes or looking online for jobs use the computer lab only sporadically.

Despite this and other difficulties - Samuelson admits that the NET project has been much more difficult than he anticipated - his vision is to connect Englewood churches, small businesses and schools to the Web via wireless networks, using nearly $50,000 of equipment donated by Motorola Inc.

"Isn't housing about more than bricks and mortar?" he asked. "It can be oriented to making human capital and building neighborhoods. ...The trick is how you do it, and how you do it within the economics of reasonableness."

Samuelson credits his Swedish heritage and membership in the Evangelical Covenant Church, with its emphasis on social justice, as factors in his career path. He also believes his personal health trials have compelled him.

At 23, when he was with the Peace Corps in rural Nigeria, a doctor discovered Samuelson had testicular cancer. Later, he defeated cancer twice more, once in his lymphatic system and again in his large intestine. At 48, he suffered a heart attack, and more recently, a benign tumor the size of a golf ball was removed from a lung.

"I have a sense that I'm here for a purpose, and that purpose is to be useful," he said.

Born in Chicago and raised in Niles, Samuelson earned a juris doctor from the University of Chicago Law School and was an attorney for the Chicago firm of Kirkland & Ellis LLP before returning to the law school to serve as assistant dean.

From 1969 to 1973, Samuelson was assistant director of the new Illinois Housing Development Authority. In 1977, he started Don S. Samuelson Associates Inc., a real estate firm that specializes in managing and developing government-assisted housing projects in the Chicago area and in other parts of the Midwest.

He calls his career "a marriage of legal professional skills with a social purpose."

He expects the NET project to be his last, the culmination of three decades of work developing affordable housing and working to improve peoples' lives. He plans to turn over daily management to a team of residents and volunteers - people like Lorez Morris-El.

Morris-El now works in the building management office as the head of resident services. It has given her a renewed sense of hope for the future.

This story has been posted in the following forums: : Headlines; COS - Nigeria; Urban Renewal; Service

I remember growing up in the Englewood Terrace; I had lived on the 21st floor for almost 13 years. The view from up top was so pretty, you could the skyline of Chicago from the side we lived on (the back). It was so amazing. Even though little things did affect our livelihood there, to me it was still a nice place to stay. Its like home sweet home there in my opinion. Every chance I have I try to revisit the site to see what its continuosly progressing into. I've always said that if they would make some drastic changes in the building and move at least some of the people I came up with back in, I would move back in also. Everybody knew everybody it was a wonderful place to be; especially in the summertime everybody was outside on the front just hanging out, man those were the days!

please google:CHICAGO AND IBADAN for coincidences between the two cities. If properly handled it could translate into some good will for Ibadan ,Nigeria and even Chicago