Botswana turns to Peace Corps as it's Losing AIDS Workers 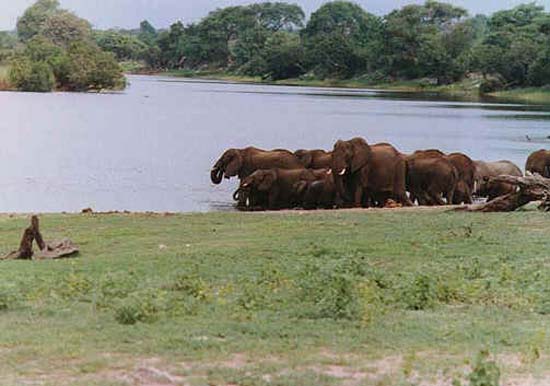 Botswana turns to Peace Corps as it's Losing AIDS Workers

WASHINGTON — The president of Botswana said Wednesday that his government has fewer workers to devote to the fight against AIDS, because many are lured away by non-governmental organizations that pay higher salaries.

"At the beginning of the program, we lost our skilled health and other workers to the cooperating partners, including NGOs, all of whom pay better than the government," President Festus Mogae said at a daylong Capitol Hill conference on Botswana's AIDS initiatives.

"This is a dilemma we face," he said.

Botswana has one of the highest infection rates in the world for AIDS and HIV, the virus that causes that disease. The country is turning to neighboring African countries to help fill the work force, Mogae said. The Bush administration also recently granted a request to restore the Peace Corps program.

"My government and I are determined to wage a decisive battle against HIV/AIDS," Mogae said, stressing that the country lacks the resources to cope with the epidemic on its own.

"I think there is something we can all do by trying to coordinate our efforts together," he said.

Botswana, a small Southern African nation with an infection rate of around 38 percent, is among the 14 African and Caribbean countries included in Bush's five-year, $15 billion plan for AIDS prevention and treatment.

The country has been held up as a model for its aggressive responses to the rapid spread of the disease, and the conference was designed to explore how those efforts could translate to other suffering African nations. Senate Majority Leader Bill Frist, R-Tenn., praised the president for increasing the availability of treatment and testing, including publicly testing himself.

"That's the sort of leadership that's unique in the world," Frist said.

Mogae acknowledged that slight dips in infection rates, which he said now stands at around 35 percent for people aged 15 to 49, was only a seeming improvement, partly attributable to the death rate.

"Our cemeteries are filling with headstones of people in their 20s and 30s," he said.

This story has been posted in the following forums: : Headlines; COS - Botswana; AIDS; HIV