Nepal RPCV Mark Fritzler works for Save the Children in Iraq 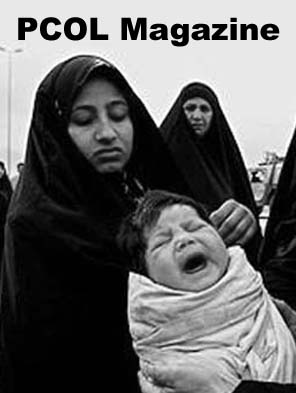 0,5120177.column?coll=bal-nationworld-utility, Nepal RPCV Mark Fritzler works for Save the Children in Iraq

A lifetime devoted to service
Iraq: From Nepal in the '60s to Afghanistan and postwar Iraq, a Marylander has traveled the world to save its children.
By Bill McCauley
Originally published Nov 20, 2003

Before Iraq, before Afghanistan, before Ghana, Malawi or Peru, Mark Fritzler found himself in Nepal. The Peace Corps took him there in 1966 to teach farmers better growing techniques.

Here he was, a young American with a degree in political science and international relations from the University of Oregon, trying to grow little plots of cauliflower, cabbage and tomatoes in the most mountainous place on Earth.

The local farmers were not impressed.

"I was greeted with skepticism," he says.

But Fritzler had an idea: He decided to teach village children how to grow the vegetables. He showed them how to nurture the plants through such radical techniques as watering regularly, removing voracious caterpillars and keeping chickens away. Pretty soon, the farmers noticed the children had bigger, healthier, more plentiful crops. And they followed suit.

That was the beginning of Fritzler's deep appreciation for children and the way they look at the world.

"Children are uncritical," he says. "No politics or social agenda, just close, honest interaction. I love that connection."

Today, Fritzler, 59, a resident of Rodgers Forge in Baltimore County, is spending most of his time in Iraq, where he works as the field office director in southern Iraq for the aid organization Save the Children.

There, he finds himself occupied with places like Bo Hassan, a collection of small villages 120 miles from his base in Basra. The villages' 10,000 inhabitants hadn't had electricity or running water since 1997.

Saddam Hussein had seen to that, sending an army of bulldozers to flatten villages he suspected of harboring dissidents.

"It used to be a paradise with date palm trees," says Fritzler. "Everything, every date palm, everything - destroyed. It looks like the moon in some places."

Residents asked Save the Children to help restore village lights and running water. When his workers recently installed the last utility pole, returning electricity and hope to Bo Hassan, the villages' leaders declared it a miracle, Fritzler says.

Such small but crucial triumphs are nothing new to Fritzler or his organization. Rebuilding infrastructure - restarting essential public works of a village - is how Save the Children saves children, he says.

"While there are risks and precautions to take in the south," Fritzler says, "there has been nothing like the deadly bombings in the north."

The recent bombings in Nasiriyah are the closest the violence has gotten to Basra, thanks mainly to the large number of Shiite Muslims in the area, who aren't as anti-American as the Sunni Muslims to the north.

That relative peace gives Save the Children the opportunity to work its formula: Enlist the community to help rebuild, and families - and children - will thrive again.

To do that, Save the Children employs about 100 Iraqis and a dozen or so aid workers from around the world, Fritzler says. They've established 57 community action groups that have identified 155 projects, says Mike Kiernan, a spokesman based in the organization's Washington office.

Local Iraqis provide materials for Save the Children's projects when they can, but more often than not, their investment is sweat equity. Save the Children requires residents to take responsibility for 25 percent of the cost - the remainder is paid by Save the Children from funds received from the U.S. Agency for International Development (AID), an arm of the State Department.

"I really stress the partnership aspect of it," Fritzler says. "We didn't come in and just give it to them. They had to work for it. They had to contribute their part."

Fritzler's day starts at 6 a.m. with tea and e-mail, walking to his office nearby about 8 a.m. Typically, he meets first with field officers to sort out plans for the day, then meets with other aid organizations and contractors to coordinate projects.

"There is a whole community filled with baby boomers like Fritzler," Kiernan says, "who've devoted their lives to this kind of work and have received no recognition for it."

Fritzler grew up on an 80-acre dairy farm in Jerome, Idaho. He has worked with the aid organization CARE, U.S. AID, and the Baltimore-based JHPIEGO, a health service provider affiliated with the Johns Hopkins University's School of Public Health, in such places as Afghanistan, Ghana, Malawi, Thailand, Peru, Egypt and India.

Most recently, Fritzler was in Afghanistan, helping to curb the high death rate for women during childbirth. Afghanistan and Iraq are as different as day and night, he says.

"What you feel about Afghanistan is that you're in a medieval country, apart from the few things you see outside of town that are modern - like weapons and vehicles. Basically, in the communities, it feels like you've stepped back in time to the 17th, 16th century because it's a very traditional society, very isolated, very suspicious of foreigners and very closed in.

"With Iraq, you get the sense this is an almost modern country that's fallen on hard times, because they have modern, six-lane divided highways, they did have good electricity supply and they had a high level of education," Fritzler says.

Conditions in southern Iraq aren't the result of war but of a "long period of real neglect and real, crushing oppression," he says. "The war was just the latest in a series of catastrophes."

Especially for Iraqi children. For them, there isn't a square meal to be found. Schools are in disrepair. Unexploded mines, rockets, cluster bombs, and mortar rounds - many brightly colored - lie everywhere.

Fritzler says his and other organizations set up recreational day camps for about 8,500 children last summer with a hidden motive - to teach children that an "attractive bit of rubbish could blow your hand off."

People stuck in such circumstances are not new to Save the Children, which was started in 1938 to help children in Appalachia. Now its reach has expanded to the world.

Why does he do it? Why does Fritzler leave his wife, Pam, who works at Johns Hopkins Bayview Medical Center, and three daughters for months at a time to work in a place halfway around the world?

He says his answer sounds corny.

This story has been posted in the following forums: : Headlines; Iraq; NGO's; COS - Nepal

please i need the email of Mark Fritaler,I am one of the team in Iraq.

I need the address so match