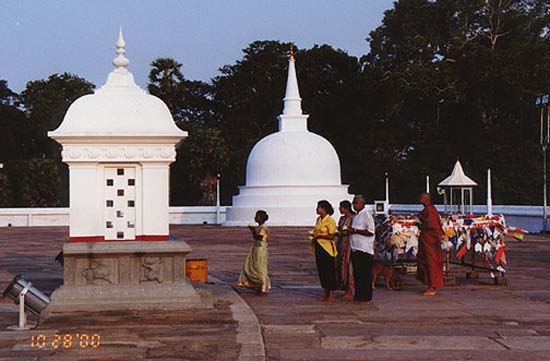 "A History of Papaya Virus Problems"

I usually don't write lengthy essays for list serves but I feel I need to say something on the papaya discussion as I have been involved with PRV, in a modest way, for almost 20 years. The main point of what I present below is that the trans-geneic papayas under discussion did not arise out of a plant-breeding vacuum as has been suggested by some writers on these pages.

I urge that everyone who is interested in the PRV story take an hour or so and read the many excellent articles on the web on the history of this disease. There are many web postings because PRV research is underway around the world. Use a good search engine and search on Papaya Ringspot Virus. For best effect, add in turn (not together!) Cornell, Hawaii, Florida and Australia. This search should give you access to many English language papers on PRV and links. It will not, however, do justice to the huge literature on the topic in Chinese, Thai, Tagalog and Bahasa.

After a disclosure statement, I will summarize some important historical and practical features of the PRV problem and let you go on to argue the merits of various approaches to it.

I am a horticulturist specializing in tropical vegetables. I have lived and worked in Asia for almost 20 years, beginning as a Peace Corps volunteer in Thailand in the early 1980s. Papaya is an extremely important vegetable and fruit crop in Thailand and was at one time grown in perhaps every home garden in the country, as well as in commercial plantations. Today, as a result of the spread of PRV, papaya cannot be grown at all in much of the country.

PRV was already widespread in 1983 when I arrived in Thailand, and international agencies, including USAID, supported plant breeding programs at Thai universities. Peace Corps volunteers in affected areas undertook village-level education programs. I later worked for USAID in Sri Lanka (1988-90) and funded a small PRV activity in support of the Sri Lankan plant breeders. I now work and live part-time in Laos where the disease has recently jumped the Mekong River. I have watched its rapid spread in the Vientiane area since about 1995.

I first learned of Dennis Gonsalves' work because Cornell was one of the universities cooperating with the Thai universities. My project brought Dennis to Sri Lanka in 1989 to assess the local epidemic and to consult with local breeders. In 1997 his email input was critical to a proposal I drafted to support PRV research in Laos. These various projects supported the development of quarantine zones to contain the disease, provided funding for (traditional) papaya breeding, and proposed the multiplication and distribution of seeds from tolerant varieties in areas where the disease is already found.

Dennis Gonsalves is one of the finest consultants I have ever supervised. His recommendations on the various approaches to PRV control were considered and appropriate to the developing country settings of Thailand, Laos and Sri Lanka. His rapport with local farmers and researchers was excellent. His knowledge of PRV is encyclopedic and is in line with the opinions I have solicited from researchers in other countries including Malaysia and Australia.

Papaya ringspot virus is a new disease, first identified in 1949. Its spread has been traced around the world and the literature from the different countries tells the story of its initial detection and how it has spread from region to region. Because PRV is new, there are no traditional practices to control it in areas where it has only recently arrived.

PRV is primarily transmitted by aphids and infects Caricaceae, Cucurbitaceae, and Chenopodiaceae (papayas, melons, spinach and several important weeds), although there are infective differences in the strains of the disease. Most disease in papaya is caused by transmission from papaya to papaya. Once PRV arrives cannot be eradicated because secondary hosts harbor the disease but do not exhibit symptoms.

Transmission of the virus from aphid to papaya is almost instantaneous. If a papaya seedling is heavily infected it will die. If infection occurs in an older plant, the plant may live for a while to infect other plants. Infected plants might not set fruit at all, but if fruit is produced, it is spotted and ugly and doesn't accumulate enough sugars to taste good. PRV is so devastating that even garden cultivation becomes impossible.

Natural resistance to PRV was first noticed in a Florida plant and breeding programs began immediately. By 1986 Conover had introduced a tolerant cultivar "Cariflora" which had low yields. Breeding programs have continued and millions of dollars have been spent, yet lasting resistance in plants bearing acceptable fruit has not been achieved, although tolerant cultivars are distributed. Breeding is complicated by the fact that papayas produce male, female and bisexual plants which cannot be distinguished till flowering.

There are several races of the virus and the race which infects Thailand is different from that found in Hawaii and Florida, so resistant/tolerant North American cultivars are of little use there. In addition, fruit from the Florida lines does not meet Thai standards for shape, color, texture or fragrance and are not accepted by Thai consumers or gardeners.

In the absence of reliably resistant varieties, growing papayas today involves a series of incremental steps to keep the reservoir of infection as small as possible for as long as possible. First, delay introduction of the disease through quarantine. Then, after the disease appears, burn all infected plants and nearby ground plants and destroy all papayas within a large surrounding area. Where available, plant tolerant varieties, growing them using pesticides and anti-aphid netting for the first 3 months. After setting out, prune the young plants heavily to delay flowering and build plant strength. Use heavy and frequent anti-aphid sprays for the first year to minimize exposure. Despite these drastic measures, the local reservoir of disease will eventually increase to the point that papayas can't be grown.

Containment is impossible where papayas are grown as backyard crops, as is true in much of Asia. Papayas, cucurbits and other host plants are commonly grown together as part of mixed gardens. Villagers certainly cannot be asked to reduce their gardens to burnt earth. The symptoms of PRV are thought by Thai villagers to mimic waterlogging and so infected plants are allowed to stand in hopes they might recover. Commercial growers drown their plants in Aldicarb (Temik) and other pesticides to the extent that Thais say that you can taste the poison in the fruit.

Research institutions around the world are involved with breeding for resistance to PRV, primarily using conventional methods. Thailand, where breeding has continued for some 20 years with the support of researchers and funding from several countries, has not yet developed an esthetically acceptable papaya with lasting PRV resistance. I seldom eat papaya any more as I know about the heavy, yet virtually worthless, use of pesticides during commercial cultivation, and the likely poor taste of any fruit from my own backyard.

** NOTICE: In accordance with Title 17 U.S.C. Section 107, this material is distributed for research and educational purposes only. **

This story has been posted in the following forums: : Headlines; COS - Sri Lanka; COS - Thailand; Horticulture