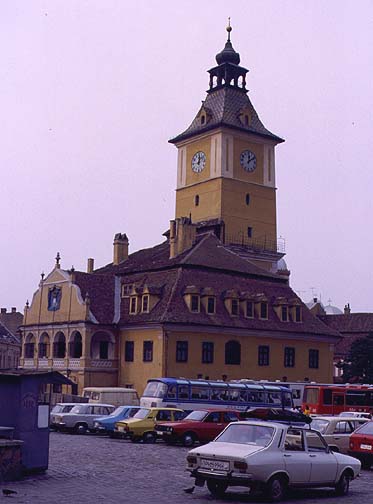 January Gevara's life in the Peace Corps surpassed anything she could have imagined.

Gevara, who is legally blind, can't see the words "travel," "adventure" and "helping people" on the organization's brochures. In the end, she had to experience those concepts herself.

On Wednesday, Gevara, 28, returned to Denver after living and working in Kavadarci, Macedonia, and Bacau, Romania.

The Peace Corps was founded in 1960 by then-Sen. John F. Kennedy, who challenged college students to serve their country by volunteering to work and live in developing countries.

Although people with disabilities can and have participated as Peace Corps volunteers, not many of them have been blind. "It is unusual," said Kristy Orr, a Peace Corps spokeswoman. "But any accommodations can be made."

Gevara first heard about the organization in high school. But it wasn't until a professor at Metropolitan State College of Denver shared his Peace Corps volunteer experience with her that she decided to join.

"The more I learned, the better it sounded," Gevara said.

In 2000, Gevara graduated from Metro with a degree in psychology and started the Peace Corps application process.

She was excited about the prospect of living away from home and helping others but struggled with the decision: Not only would joining mean leaving her job and family, she also would have to say goodbye to her guide dog, Daniel. The gentle-natured golden retriever had been a part of her life for seven years.

In the end, she didn't have to make the choice between her dog and service in the Peace Corps. It was made for her when the dog was diagnosed with lung cancer and died.

Gevara left Denver for Eastern Europe one month after the Sept. 11, 2001, terrorist attacks. Her first assignment was in Macedonia.

For three months, Gevara lived with a host family in Kavadarci while intensively studying the language and culture of her new country. She dealt with her blindness by bringing a cane to help her get around.

In the beginning, communicating with her host family, which didn't speak English, was difficult, but soon she was able to tell them more than hello and her name.

"Little by little, the language barrier was breaking," she recalled.

But just as Gevara was starting to settle into her new life, her stay abruptly ended. Clashes between Albanian rebels and the Macedonian government heated up, and anti-American demonstrations were on the rise. Out of concern for volunteers' safety, Peace Corps officials suspended the program.

Gevara had to pack her bags and wait for her next assignment. That, it turned out, was Romania.

During the first year there working in the health care field, Gevara said, she became frustrated because the nonprofit programs she worked for were disorganized or ended before they got started.

She was eager to apply her experience working with children at Denver's Mount Saint Vincent Home. But her Romanian employers "didn't know how to use me. I wanted to go home because I wasn't seeing my impact," she said.

Another difficulty was the cool treatment she received initially in Romania. People in Macedonia were hospitable, Gevara said. It wasn't uncommon for them to pull her off the street so she could join them for coffee. In contrast, the Romanians were at first cold and suspicious.

But soon suspicion gave way to warm friendships. Gevara has evidence: a scrapbook bursting with pages filled with photos and mementos of her Peace Corps adventures and Romanian friends.

During her stay, Gevara's family and friends would send e-mails and care packages filled with her favorites: macaroni and cheese and peanut butter.

She repeated the intensive language program and worked with Romanian teens in a leadership camp called GLOW, or Girls Leading Our World. Gevara said she helped the girls with self-esteem issues and discussed women's health and domestic violence.

She is most proud of her work with Romanian children who have HIV and AIDS. These children, she said, were scorned by others, often abandoned by their parents or treated like lepers. They would not leave their rooms, and if they did, it was to watch television. They did not laugh or play.

"At first, they were so scared; now they don't want to stay in their rooms," Gevara said.

In the end, her blindness didn't hamper her efforts in Romania. "It was a great experience," Gevara said. "Being sight impaired shouldn't be a hinderance. I learned so much about myself."
RETURN TO TOP

This story has been posted in the following forums: : Headlines; COS - Macedonia; COS - Romania; Disabilities; Blindness