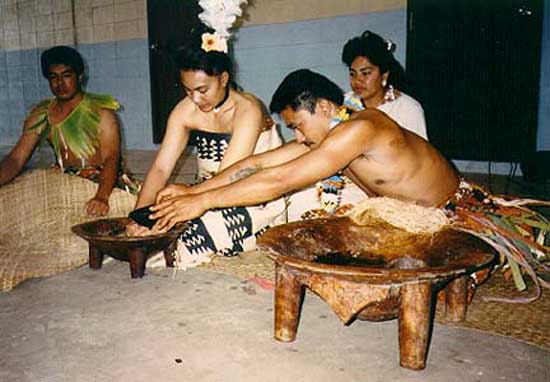 The Positives and Negatives of Solo Backpacking

By Paul Neville, Section Viewpoints
Posted on Fri Nov 21st, 2003 at 03:52:01 PM PST
I had been the only foreigner during the entire trip from Banaue to Borocay, Philippines. There were even fewer travelers in the Philippines than Indonesia or Myanmar. Indonesia had a reputation for dangerous activity. Myanmar had difficult access. The Philippines had both.

In addition to these detractors, it was supposedly tourist "low-season" due to the unpredictable weather. What this meant was that I would spend less time with other Western backpackers and have more opportunities to get better acquainted with the local population. Indeed I had a few precious encounters with Filipinos that will forever make for endearing memories.

When I wasn't fraternizing with the natives I enjoyed some moments of solitude. It was good opportunity for journal writing and self-reflection. However, I soon found that the value of introspective dialogue went only so far. I ran out of things to talk to myself about. When several days had passed where I had only had a limited or superficial conversation with one or two people, utilizing my vocal cords for no more than ten minutes combined per twenty-four hour period, I underwent a bout of loneliness. I had been raised in a culture that emphasized the occasional private time, but this was too much. I felt like a traveling hermit. It was as if I had taken an involuntary oath of silence.

I was accustomed to being around people who were like me once in awhile. Sure, during my first year in Tonga as a United States Peace Corps Volunteer, lonely was my best friend and I longed for my old Seattle social life, but eventually I became close with my Tongan neighbors and by the second year I hardly ever had a moment to myself. If I needed the company of people with similar backgrounds then I could seek out other Peace Corps Volunteers down the road. It is important to note that in Tonga, however, I was not on vacation. I was aware of the emotional challenges that accompanied Peace Corps service and braced myself for times of those initial months of loneliness.

My big world backpacking tour, on the other hand, was not a time of work. It was meant to be the most amazing and fun trip I had ever been on, so the discomfort I felt on a few occasions when I was sick of being by myself for several days in a row meant there were times that I regretted the decision to travel solo. It was during my Philippines escapades that I finally came to the coherent realization for the first time since I had embarked on this journey four months previous, that if I had the choice, then I preferred companionship.

Backpacking solo is liberating at first. You are completely free from anyone, anything, or anywhere that knows you. Every time you meet someone you begin at scratch with a clean slate. They know nothing of your past, your mishaps, your mistakes, or your misdeeds. You present only yourself in your rawest form. All anyone has to go on when forming an opinion about you is your personality and what you choose to tell them. It's like multi-national masquerade ball. There are no rules. You can be whomever you please. In addition, traveling solo frees you from being restricted by compromise. You can go wherever whenever without having to consult anyone or appease anyone else's preferences. You rule your world around the world, and that can be immensely gratifying and empowering.

The sacrifice of solo backpacking, however, is that you will most likely have to endure the feeling of being a loner at some point or another. You must brace yourself for those discouraging moments when you are forced to eat yet another meal alone, while the locals wonder who deserted you and other travelers at a table across the room are laughing and carrying on. Should you finish the book you are reading, so help you God. Staring at the coagulated saltshaker is about the loneliest feeling in the world.

It is important to remember that going solo does not necessarily mean going alone. I had been in Southeast Asia for four months, but I probably spent no more than two weeks of it completely by myself, and one of those two weeks could be accounted for exclusively in the Philippines. Finally, it should not be understated that solo independent backpacking promotes life-changing cultural immersion opportunities and maybe most importantly, something that seems to be lacking from too many people all over the world, a chance to get to know, understand, and appreciate yourself.

After I had put it in this perspective I quelled any regrets I had for going at it alone. My next major trip to Africa, India or wherever, may be with someone I know and who knows me, but for now, I told myself, I was going to appreciate being on my own and make the best of this experience because I knew that, solo or not, it would no doubt hold enormous value to me for the rest of my life.

This story has been posted in the following forums: : Headlines; COS - Tonga; Backpacking