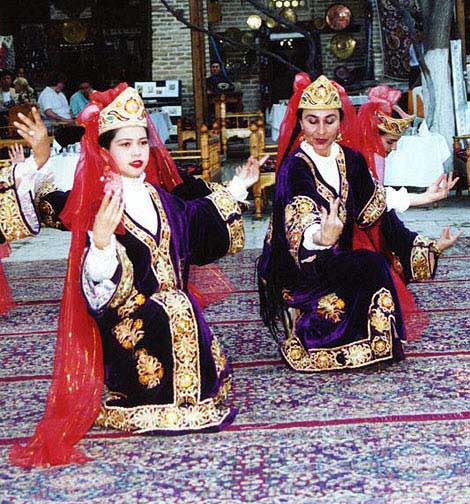 Friends cook up a nonprofit career

But while they were on their junior semester abroad in 1998, the two Wake Forest College students fell in love with food - buying it at markets, preparing it in adventurous ways and serving full-course dinners to about 20 extremely appreciative students who were sharing a house as part of the university experience.

When the pair returned to campus in Winston-Salem, N.C., they were determined to keep on cooking.

"There must be somebody in this town who needs a dinner delivered," Borchert, who grew up in Lincoln, Neb., remembers thinking. So she and Jackson, who came to Wake Forest by way of Mendhan, N.J., contacted area churches and asked for prayer lists. Then they began preparing meals for people who were housebound or recovering from surgery.

"We really weren't looking to start a major hunger solution; we just wanted to continue our hobby," recalls Jackson.

In four years, however, their hobby has morphed into a St. Louis-based mission, the Campus Kitchens Project, which has served 81,000 meals with the help of 500 volunteers in six places across the nation.

In its infancy, their Winston-Salem effort, dubbed Home Run, grew as the two recruited friends to help cook and deliver dinners they made in Jackson's apartment. Money for groceries was provided by churches, sororities, professors, businesspeople and others who happened to hear of the fledgling program.

"Before we knew it, Home Run had taken over our lives," say the 25-year-olds, now next-door neighbors in University City. "All of the sudden we were running an organization and dealing with budgets, volunteer coordination, menu planning and more. The college allowed us to use a dormitory kitchen, and we began offering our services to AIDS hospices, drug rehabilitation programs and the local Ronald McDonald House in addition to individuals."

Besides feeding the needy, the two realized that Home Run filled another function. It involved students in the problems of others.

"In Winston-Salem, we called it the Wake Forest Bubble, but it's pretty much the same phenomenon at any college whose student body is mainly from out of town," says Borchert. "They exist in a vacuum, totally insulated from the city they happen to be going to school in. Over and over, our volunteers would tell us what an eye-opening experience it was to make friends with an 80-year-old shut-in or a substance abuser."

By the fall of their senior year, with Home Run serving an average of 100 meals a week through the efforts of 30 volunteers, Jackson and Borchert knew they had created a
service that could outlast their stay at Wake Forest.

"Our mission that year was to find the most enthusiastic freshman we could to take over the project and keep it running," says Jackson.

They did, but beyond that. Borchert says they dreamed of "someday creating a nonprofit and making this our job." Adds Jackson: "At 22, it didn't seem possible; it was more of one of those down-the-road ideas."

Indeed, after graduation, Jackson and Borchert went their separate ways. Jackson joined the Peace Corps and was assigned to Uzbekistan, where she taught English to third- and fourth-graders. Borchert, who then was Karen Stephan, went to work for Washington's nonprofit D.C. Central Kitchen as a fund-raiser and program director.

D.C. Central Kitchen, begun by Robert Egger in 1989, recycles 1 1/2 tons of food from restaurants and caterers each day to provide 4,000 meals to 112 area organizations. It also trains unskilled and often homeless men and women for jobs in food service.

When Karen Stephan married, and her new husband, Taylor Borchert, enrolled at Washington University's School of Architecture in August 2001, she determined to somehow combine her experiences with Home Run and D.C. Central Kitchen here.

She found willing partners in St. Louis University's Center for Leadership and Community Service and the Sodexho Foundation, the charitable branch of Sodexho Marriott Services Inc., which operates dining services for many colleges and is a major contributor to D.C. Central Kitchen. As a telecommuting employee of D.C. Central Kitchen, Borchert became director of its new initiative, Campus Kitchens Project. Within two weeks, volunteers at the St. Louis U. pilot program were preparing and delivering 150 meals a week to places such as Blumeyer Community Center, Council Tower and the Salvation Army Family Haven.

That was just about the time the terrorist attacks in New York and Washington changed the world. Jackson's life was dramatically altered; along with 300 other Peace Corps volunteers, she was evacuated from Uzbekistan two days later and found herself back in the United States without a job.

It didn't take much for Borchert to persuade Jackson to pack her bags for St. Louis. In addition to Sodexho, food donations began pouring in from businesses and organizations such as Hautly Cheese, Soulard Market and the St. Louis Food Bank. Campus Kitchens Project, based in De Mattias Hall's dormitory kitchen at St. Louis University, was projected to grow to 100 volunteers delivering 2,000 meals a month by January 2002.

Buoyed by the project's success, D.C. Central Kitchen hired Jackson as its associate director with an eye toward expanding the program elsewhere. The two friends began to "put the organization into the organization," as Jackson says, contacting other universities, writing training manuals, keeping recipe files, doing audits and preparing contracts.

By the fall of 2002, Campus Kitchens Project opened a second facility at Dillard University in New Orleans. Since then, they've added Northwestern University in Chicago, Loyola College in Baltimore, Marquette University in Milwaukee and Augsburg College in Minneapolis to the list.

"By next September, we hope to open five more Campus Kitchens Project facilities," says Borchert. St. Louis University, however, remains its most successful program; it delivered its 50,000th meal in November and regularly prepares 2,600 dinners a month.

"This is our dream come true," say the two, who run the organization from Borchert's home office. In addition to scouting new locations, they also try to stay connected to each of their campus projects by coordinating special events and fielding telephone calls. Well-intentioned would-be donors have offered them deer and live trout on occasion.

The only problem with their busy schedules, they say: "We don't have much time to cook in the kitchens anymore."

This story has been posted in the following forums: : Headlines; COS - Uzbekistan; Service