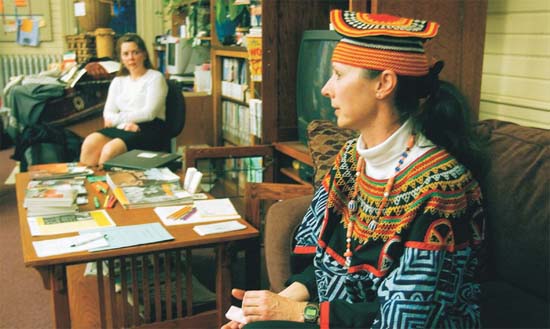 Helping the world, one person at a time

By Katie Gill
The Daily Barometer

"Before I went to Cameroon I did not know what love was," said Pavla Zakova-Laney, in a forum Tuesday night featuring women in the Peace Corps.

In 1996, Zakova-Laney left for the mid-sized country in western African to become a volunteer.

"I always wanted to help, and the only organization I knew of was the Peace Corps," she said.

While in Cameroon, she taught biology at a secondary school.

Because the school had no running water or electricity, and limited school supplies, she often took the children on excursions.

One of the group's most memorable trips came after Zakova-Laney realized that her students had never seen a standing body of water.

"We rented an open-truck and took the children to a lake. It was during the dry season, so they were covered with a half inch of dust when we got there," she said.

"But they did not mind at all, they were prepared to get there in any way."

While preparing to leave she came to a realization.

"There is no way for one person to help them all, because there are hundreds, thousands of them" who need it, she said with regard to the children she had grown to love.

Because of this, she continues to return every year as a full time volunteer.

The Peace Corps is made up of over 7,000 volunteers, 61 percent of whom are women, placed in more than 70 countries.

Dian Svendsen traveled to Afghanistan in 1971.

She was in the eighth grade when President Kennedy first introduced the program.

"The idea really resonated with me, so I wrote a letter to the Peace Corps saying that I wanted to join," Svendsen said.

Her passion for volunteering stayed with her through grad school.

"My mom thought that she would never see me again," Svendsen said of her leaving for the Middle East.

"It was a little-known kingdom tucked away in central Asia," she said. "It's hard for people to imagine today."

During her first year, she taught at an all-girls school in the southern part of the country.

"The tragedy was seeing the mistreatment of women and girls," she said.

One of her students was locked in her room because she had written a love letter. The other girls told Svendsen that she would never be allowed out.

"It was almost uncomprehensible that this would happen over a love note, but it was not an isolated case," she said.

Another of her students was sold into marriage to pay off her father's debt.

The Peace Corps prepares its volunteers through language, cross-cultural and technical training. 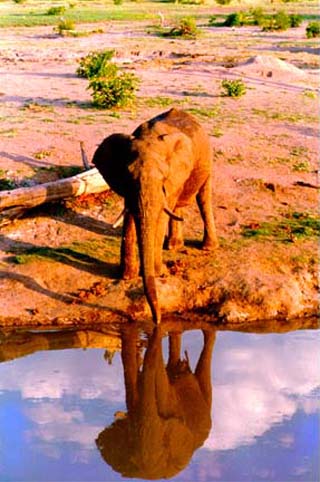 However, "It's never going to be what you expect it to be," said Robin Petersen, who volunteered in Zimbabwe from 1999-2000. Petersen lived in a hut with a dirt floor, walked miles to get water and ate a variety of foods ranging from a sacrificed chicken to worms.

Despite her culture shock, she quickly adapted and grew to love the work she did with environmental education.

"We really addressed the needs they had, not just the needs we thought they had," she said.

Along with other volunteers, Petersen helped create projects, which included developing gardens for the community clinic in order to address the nutritional deficiency needs of the community.

"No matter what happens, you gain something," Petersen said. "Something that you carry with you for the rest of your life."

Katie Gill is the international affairs editor for The Daily Barometer. She can be reached at baro.news@studentmedia.orst.edu or 737-6376.

This story has been posted in the following forums: : Headlines; COS - Cameroon; Third Goal; COS - Afghanistan