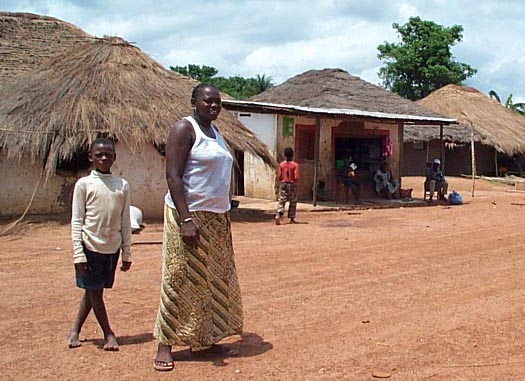 After a multitude of jobs and travels that took him all over the world, the Free LanceÆs new advertising representative is ready to settle back down to his roots.

Tom OÆConnor, who was born and raised in Hollister, attended Gavilan Junior College and then received his bachelorÆs degree in physical education from California State University, Sonoma.

After graduation, he joined the Peace Corps and was stationed in the Central African Republic as a basketball coach. Unfortunately, the experience wasnÆt what he had expected and he decided to come back to the states after three months.

When he came home, he attended California State University, Chico, and received his teaching credential. Finding it tough to find a full-time teaching job, he went to travel school and became a corporate travel agent in the Santa Clara and San Jose area.

From the late 1970s to the mid-1990s, OÆConnor skirted between the travel industry and the high-tech industry, working on the first Apple Macintosh and the first IBM X-T when they came out.

About three and a half years ago he moved back to Hollister, this time for good, and worked for Gilroy Foods in network systems support.

When they laid off a significant portion of employees in January of this year, OÆConnor began hunting for a new line of work.

An ad directed him to the Free Lance and Vice President of Advertising, Andy Bruns.

ō(Andy) sold me on the program thatÆs being enacted here, and my vacation was over,ö OÆConnor said. ōItÆs great to be back in the community. I recognize a lot of faces from the past, and IÆm meeting new people.ö

While much of OÆConnorÆs training background involves computers, many of his computer jobs involved sales, which gave him the background he needed for the advertising position.

And after living in places like Santa Clara and San Jose for years, being back in scenic San Benito County, along with the fact that he can walk to work, brings with it great satisfaction.

ōThis has to be the last stop - unless I win the lottery,ö he said. ōMy goal is to build long term relationships with our customers and identify their needs. I want to be in it for the long run with them.ö


Erin Musgrave is a Free Lance staff writer. E-mail her at emusgrave@freelancenews.com or call her at 637-5566, ext.336.

This story has been posted in the following forums: : Headlines; COS - Central African Republic