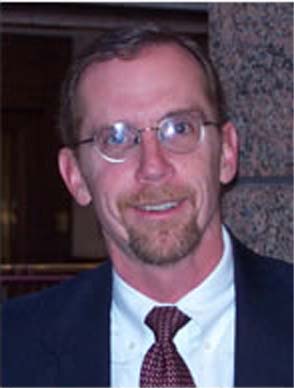 Congressional hopefuls campaign out of spotlight


GRISWOLD -- The days are long and the crowds small on the campaign trail, especially for challengers looking to unseat a popular and well-financed incumbent member of Congress.

"I'm having fun," added James Sullivan, the other Democratic hopeful in the race.

Last Wednesday, Sullivan and McNally appeared before the Griswold Democratic Town Committee -- the end of long day of campaigning for both. Only 13 members of the committee -- just over one-third of the committee's total 34 members -- turned out to hear them speak about their candidacies. And in the end, both candidates left with no clear indication on whom the committee would ultimately support.

"We've got two really fine candidates here," said committee Chairman Richard Duda, "and we're going to support them both until one of them is selected as the nominee."

Next month, the Griswold Town Committee will select five of its members as delegates to the congressional convention to be held in May. They, along with delegates from the other 64 cities and towns in the 2nd District, will decide which of the two will be endorsed as the Democratic candidate.

The nominee likely will not be determined until after an August primary, however. The winner of that contest will go against incumbent U.S. Rep. Rob Simmons, R-2nd District, in November.

McNally, 46, is a former state representative from Norwich who now lives in Deep River. He is building his campaign on his experience as a legislator in Hartford, his work in the Peace Corps before that and his work with the Connecticut Business & Industry Association afterward. He told those in the audience his two key issues are jobs and foreign policy.

"I don't think you can win this election without dealing with foreign policy," McNally said. "I think I can beat him on that issue alone, and not the economy, because I don't think most people think we're winning this war the way we're doing it."

Sullivan, 37, a financial adviser, served two terms on the Norwich City Council and several city boards and commissions. He told the audience that his experience as a candidate two years ago taught him the "human side" of the issues was the important issue.

On issues of health care, education, economic development, taxes, the war in Iraq and foreign policy, Sullivan and McNally share the same views, sharply criticizing Simmons as being out of step with the needs of eastern Connecticut people by supporting the administration and the Republican leadership in Congress.

It is the second time around for McNally and Sullivan, each having launched congressional bids two years ago only to withdraw from the race early. McNally withdrew from the race after only a month while Sullivan bowed out after 13 months.

Vernon lawyer Joseph Courtney won the nomination in 2002 but lost the election to Simmons. It was anticipated that Courtney would make a second run this year, but in June he announced he would not be a candidate. McNally declared his candidacy in July, Sullivan entered the race in November.

"I got into the race," Sullivan told the audience, "because I couldn't sit and let this president and this Congress mortgage my children's future."

Like figure skaters hoping for a shot at Olympic gold, these early days of the campaign can be compared to the mandatory short programs where the focus is on technical merit. A good score in the early stages doesn't guarantee a win, but a stumble or fall could easily wipe out any hope of grabbing the gold later.

Their days are now spent on the phone seeking campaign contributions and traveling across the district meeting with town committee members and other influential community leaders. The money and support they get now hopefully will translate into votes later on when Democrats must choose between the two.

And fund raising will be critical in creating the appearance of having a viable campaign.

"The Democratic candidate is going have to raise enough money to be competitive," Sullivan said when asked about fund raising at Wednesday's meeting in Griswold.

"I don't think you can win this race unless you raise as much as Rob does or create the kind of race that will generate media coverage, free publicity," McNally added. "That's the kind of campaign I'm going to create."

According to Federal Election Commission campaign finance reports, Sullivan holds a 2-1 margin in money over McNally, with Sullivan reporting $75,000 cash on hand as of Dec. 31 after only six weeks in the race compared to McNally's $32,000 after eight months.

Simmons reported $518,000 -- nearly five times their combined efforts -- and appears on track to meet or exceed the $2 million raised in his successful 2002 re-election campaign.

This story has been posted in the following forums: : Headlines; COS - Liberia; Congress; Politics