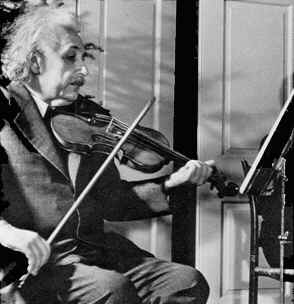 Putting the world's greats in their place

Is it possible to measure the accomplishments of history's giants in fields such as physics, astronomy, mathematics, biology, chemistry, technology, philosophy, music, art and literature and then rank them by importance? Charles Murray believes it is, and the ever provocative writer has done so in his new book Human Accomplishment/The Pursuit of Excellence in the Arts and Sciences, 800 B.C. to 1950 (HarperCollins, 2003).

It is Murray's contention that a remarkably small number of hard-working genuises account for a large portion of the scientific and artistic advances in history. More controversially, his book also provides striking confirmation of the utter domination of post-medieval Europeans - and Europeans from a rather small portion of the continent at that - in every science and technology category (Murray breaks down the arts into several cultural traditions), along with a smattering of ancient Greeks. In "combined sciences," for example, Murray identifies the 10 most influential figures as Newton, Galileo, Aristotle, Johannes Kepler, Antoine Lavoisier, Rene Descartes, Christiaan Huygens, Pierre-Simon Laplace and Albert Einstein.

Murray, a former Peace Corps worker and social scientist, is hardly new to controversy. His 1984 book Losing Ground provided fodder for those wishing to reform the welfare system and his 1994 book, The Bell Curve, argued that intelligence is an often overlooked ingredient in explaining success.

Murray was interviewed by Vincent Carroll, editor of the editorial pages.

Carroll: You've taken upon yourself a monumental task: to rate human accomplishment.

Murray: I've been fascinated by excellence in human accomplishment: the Michaelangelos and Shakespeares and Einsteins. And what I wanted to do was try to portray periods and times in which this kind of great accomplishment has occurred - not just stitch together little biographies of these people. And if you want to do that you have to have a way of assembling data so you can summarize what was happening in different time periods in different places.

Carroll: Your thesis is that a surprisingly limited number of people have been instrumental in getting us to where we are today.

Murray: Yes, 4,002 are the number of people in my inventories. That is not a magic number. A slightly different way of defining it would produce numbers that are larger or smaller by maybe a thousand or two. But think of it this way: Suppose you get 16 major histories of Western music and list all the people mentioned and ask the question, How many people are mentioned in at least half of those histories? Well the answer is in the low hundreds, in the order of 460. That gives you an example of what I mean when I say the number of people who matter in describing the history of a given major field of accomplishment is smaller than you might think.

Carroll: You exclude some areas of accomplishment.

Murray: My metaphor was that of a human résumé. Suppose we were composing a résumé for, say, God to read in which we were trying to describe why human beings as a species have been worthwhile. I'm not talking about individual acts of heroism or of sacrifice but what is Homo sapiens capable of doing? I had to exclude military accomplishment because on our personal résumés we don't put "I beat my drug habit," and certainly if you put on the human résumé "we defeated Hitler" that's a similarly ambiguous accomplishment.

Carroll: You argue that there are fairly objective criteria in ranking the pre-eminent scientists, writers, philosophers, etc., in history.

Murray: Not only is it possible to rank their eminence, it is a technique that has been used and made more sophisticated for the last 150 years. I did not invent anything methodologically. If you're talking about eminence being a kind of elaborate measure of fame, the amount of attention given to people by definition tells you who is the most eminent.

Carroll: In other words, Newton is the most revered scientist in history not because he had good publicists but because he produced genuinely new and important scientific work. I suspect most objections to your methodology will center on the arts rather than the sciences because many people believe opinions in the arts are purely a matter of taste. But you take head-on the notion that there is no such thing as objective standards in the arts.

Let's say we are comparing George Gershwin and Ludwig van Beethoven. Gershwin was a terrific composer - one of the few composers of the 20th century whose music will still be listened to a couple of hundred years from now. But when people who know music intimately, who have made it their life study, set out to describe the contributions of Beethoven and Gershwin, they've got to give Ludwig a whole bunch of pages and George a couple of paragraphs. The reason is not because they are biased in favor of classical music. It is in ways they can explain to you in great detail that Beethoven's accomplishments simply demand that much exposition.

And this is my key point: There is a difference between the sentiments that people have toward works of art and their judgment about works of art. If we like Gershwin better than Beethoven nobody can argue with us, but in the field of music there are standards of aesthetic excellence that can be described, laid out and assessed, and those standards involve the element of objectivity. I'm not saying that any one expert is right all the time, but David Hume makes this point very well: that even though no one person is right all the time about separating judgment from sentiment, the collective body of wisdom of people who know these fields can be used.

You are not being nonjudgmental in saying we can't compare Beethoven with the Beatles. It is a judgment on the grandest of all scales to say we can't discriminate between I Want To Hold Your Hand and Missa Solemnis.

Carroll: I notice that in the sciences, which involve worldwide comparisons, Europe is overwhelmingly "overrepresented," to use the modish expression.

Murray: No matter whether you measure significant events or significant figures in science, Europe and North America from the 1400s to 1950 account for 97 percent of all the activity. And that number is rock solid, which is to say no one can go out and get any histories of science that have any scholarly credibility and came up with numbers that are much different.

Carroll: Americans might be surprised at how dominant Europe is vis-a-vis America.

Murray: This is a salutary point for Americans to remember. It is a real conceit to talk about Western culture, at least up through World War I. It wasn't Western culture; it was European culture. The American contributions to the arts right up to 1950 were trivial in comparison to this gigantic ocean of the European contribution. American contributions to hard sciences up through World War I were astonishingly small. Benjamin Franklin is one of the very few exceptions. It wasn't until after World War I that we saw this massive shift to the United States that now leaves the United States in almost a hegemonic position in the sciences.

Carroll: What about China, which had a fairly vibrant scientific tradition? The ancient Greeks?

Murray: You have to discriminate between laying foundations and filling in foundations. The Greeks came up with the idea that you can observe nature as a naturalistic phenomenon apart from religion and the actions of gods. Now that is a huge contribution that is not appropriately measured in numbers. But then if you ask what exactly is it that the Greeks filled in after making that initial contribution that had much objective validity regarding nature, the answer is not all that much.

In the case of the Chinese, they would pull off occasional scientific intellectual feats of dazzling brilliance. But the Chinese did not have the scientific method. Without the method the amount that you could accumulate in scientific knowledge was inevitably quite small.

Carroll: What is your assessment of the Middle Ages?

Murray: It's comparable to what I said about China. Think of Robert Grossteste, who was one of several people who laid the foundations of scientific method. The contribution of Aquinas, also in the Middle Ages, is absolutely pivotal in energizing the whole Renaissance.

Carroll: You point out that not only is Europe overwhelmingly dominant in terms of influential people but that most were born in a relatively small part of Europe, too.

Murray: You can mark on a map where all the significant figures were born and raised and if you draw a polygon around 80 percent of the dots you find it excludes about two-thirds of France, the bottom half of Italy, virtually all of Eastern Europe, all of Scandinavia except Denmark, all of Iberia and Russia. The fertile area left is the European core that comprises northeastern France, most of Germany, the Low Countries and England, and parts of Scotland and Denmark.

Carroll: Why? Why was this tiny area of the globe so extravagantly productive in wonderful ideas and inventions for a period of 600 years?

Murray: It involves a confluence of factors. The availability of money was not a trivial thing. Florence had rich merchants with discretionary income who were trying to beat out their neighbors in terms of works of art. That helps also in subsidizing scientific work. You had cities and universities developing. You had models. If you have a Michelangelo and a Leonardo in one generation you are much likelier to have important artists in the next. However, that leaves open the question of why you had the first generation.

You had Western individualism. In the book I try to break that down into smaller components and ask what is it about Western individualism that was distinctive compared to the rest of the world and why it specifically is related to great accomplishment. You also had a powerfully empowering theology as modified by Thomas Aquinas that said each individual regardless of his station in life is invited into a personal relationship with God and - this is where Aquinas was absolutely critical - since intelligence and human abilities are a gift from God, when we unravel the mysteries of the universe and create beautiful things this is pleasing to God. This theology was no small part of the awakening, the energy, the confidence that went into the European miracle.

Motivation is the most underestimated aspect of great accomplishment. Edison said genius was 1 percent inspiration and 99 percent perspiration, and that statement is empirically true about the overwhelming majority of the people on my list.

This story has been posted in the following forums: : Headlines; COS - Thailand; Genius; Sociology