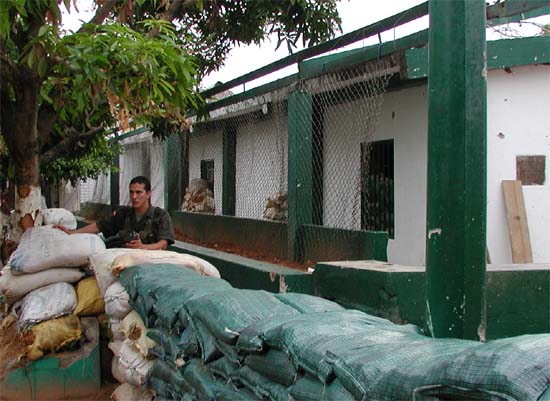 Today marks one year in captivity for Keith Stansell, Thomas Howes, and Marc Gonsalves, three U.S. government contractors kidnapped by the Revolutionary Armed Forces of Colombia shortly after their plane made an emergency landing in southern Colombia on February 13, 2003. The other members of the aircraft’s crew, American pilot Thomas Janis, and Colombian national Luis Alcides Cruz, were murdered. Our hearts go out to the families of all those who have been affected by the Revolutionary Armed Forces of Colombia’s brutality.

For the past year, U.S. and Colombian authorities have mobilized every appropriate resource to obtain the safe release of our hostages and to bring to justice those responsible for their kidnapping, and for the murder of their colleagues. More than 7,000 Colombians have joined hundreds of U.S. personnel in search and rescue operations. We have received the highest level of cooperation from our colleagues in the Colombian government.

The United States is offering a reward of approximately $340,000 and the possibility of a U.S. visa for information leading to the successful resolution of this hostage crisis. In December 2003, we also announced an additional award of up to $5 million dollars under the Rewards for Justice Program for information leading to the arrest or conviction of those responsible for this crime.

This story has been posted in the following forums: : Headlines; Hostages; Safety and Security of Volunteers; COS - Colombia