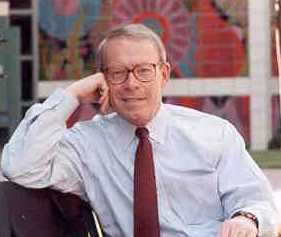 The title of the photography exhibit opening Thursday at the Ryan Gallery, "Unexpected Impressions," refers to the seemingly candid nature of many of the images that will be on display.

However, that title might also refer to thephotographer himself - - a person well known in Tulsa for many accomplishments. Its just that, until now, fine-art photography has not been one of them.

"I suppose that all the things that interest me in some way go back to childhood," said Rodger Randle. "That was when I first got intrigued by photography. But its only been since Ive taken the professorship at OU that I really had a reason to go back to it."

By any yardstick, Randles resume is an impressive one. A native Tulsan who earned degrees from the University of Oklahoma and the University of Tulsa, he has served in the Peace Corps, the Oklahoma House of Representatives and the states Senate, as well as serving two terms as mayor of Tulsa.

Hes also served as a member and executive of organizations as diverse as the Tulsa Philharmonic and the Tulsa Global Alliance.

It was Randles interest in international relations and education - - as well as the innovations in digital photography -- that prompted him to take up the camera.

"I've come to see things differently through photography, because of the way the medium concentrates your attention," he said. "And I started using these photographs in the classroom, to help students learn how to see, to be aware of the things around us, to see the scenes that reveal something about the culture."

"Unexpected Impressions" will include images Randle has made during trips to such countries as Spain, Peru, Columbia, Sri Lanka, Brazil and Germany. Subjects range from architectural studies to landscapes, still-lifes to candid street scenes, portraits of children to images manipulated through digital technology.

Many of the photographs will be available for purchase, with the majority of the proceeds going to the University of Oklahoma- Tulsa's Center for Studies in Democracy and Culture.

Randle prints many images on textured paper with a matte finish, which gives them an almost painterly quality.

"Sometimes, if you print an image conventionally, on shiny paper, it just doesn't look as interesting," he said.

"Pictures have a way of coming to you," he said. "Something about a scene will capture my eye. I think my photographs evoke a mood, but I don't try to capture a mood when I take the picture. The mood of an image is something that will reveal itself later."

"Unexpected Impressions: Art from Photography" will be on display through March 31 at the Ryan Gallery, 10051 S. Yale Ave., in the Shops of Seville.

Two Tulsa artists are among the winners of the 2003 Oklahoma Visual Arts Coalitions Awards, presented by the Oklahoma City-based organization to honor contemporary Oklahoma artists.

Kristy Lewis Andrew and Michelle Martin, both of Tulsa, were recipients of OVAC Artist Awards, along with Stillwater artist Chris Ramsey. These awards carry a $2,000 cash prize. Heidi Mau of Norman, was the lone winner of the OVAC Artist Fellowship, a $5,000 prize.

Works by the winning artists are currently on display at the Tulsa Artists Coalition Gallery, 9 E. Brady St. A reception for the artists will be held from 6 to 9 p.m. Friday at the gallery.

The exhibit will remain on display through Feb. 28.

"Cupid's Arrow," a show of works by four Sand Springs artists, will open with a reception from 5:30 to 8:30 p.m. Friday at Gallery 107, 107 N. Main St., in Sand Springs. Participating artists are Betty Dalsing, Joey Frusillo, Joyce Peace and Ross Bradley.

The show continues through April 13.

This story has been posted in the following forums: : Headlines; COS - Brazil; Politics; Photography; Museums