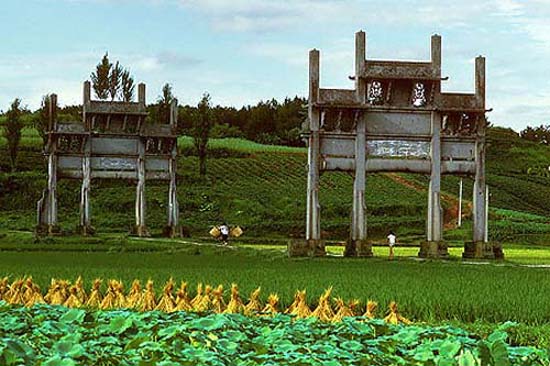 WASHINGTON — The Peace Corps will return to China this July, ending a break in the program caused by SARS-related health risks, Director Gaddi Vasquez said Thursday.

Vasquez said about 50 volunteers would begin work in the country this summer. The Peace Corps brought 113 English language and environmental education volunteers home from China last April when the SARS virus spread throughout the area.

A Peace Corps assessment team worked with Chinese officials and determined it was safe for volunteers to return this year.

The Peace Corps began work in China in 1993 with a teacher training program. Since then, nearly 300 Americans have served in China

This story has been posted in the following forums: : Headlines; COS - China; Expansion

I am an RPCV (Tchad Africa 90-92) and I'm preparing a project in China through Educational Services International (teachoverseas.org)I am looking for experienced trainers in counseling for families of Autistic children, Special Education teachers and audiologists who would be interested in spending several weeks in China cross-training Chinese paraprofessionals. Mandarin language skills would be a bonus. Please contact me if interested in participating.

Have any Peace Corps volunteers in China been posted to Mingteke near the border with Afghanistan?